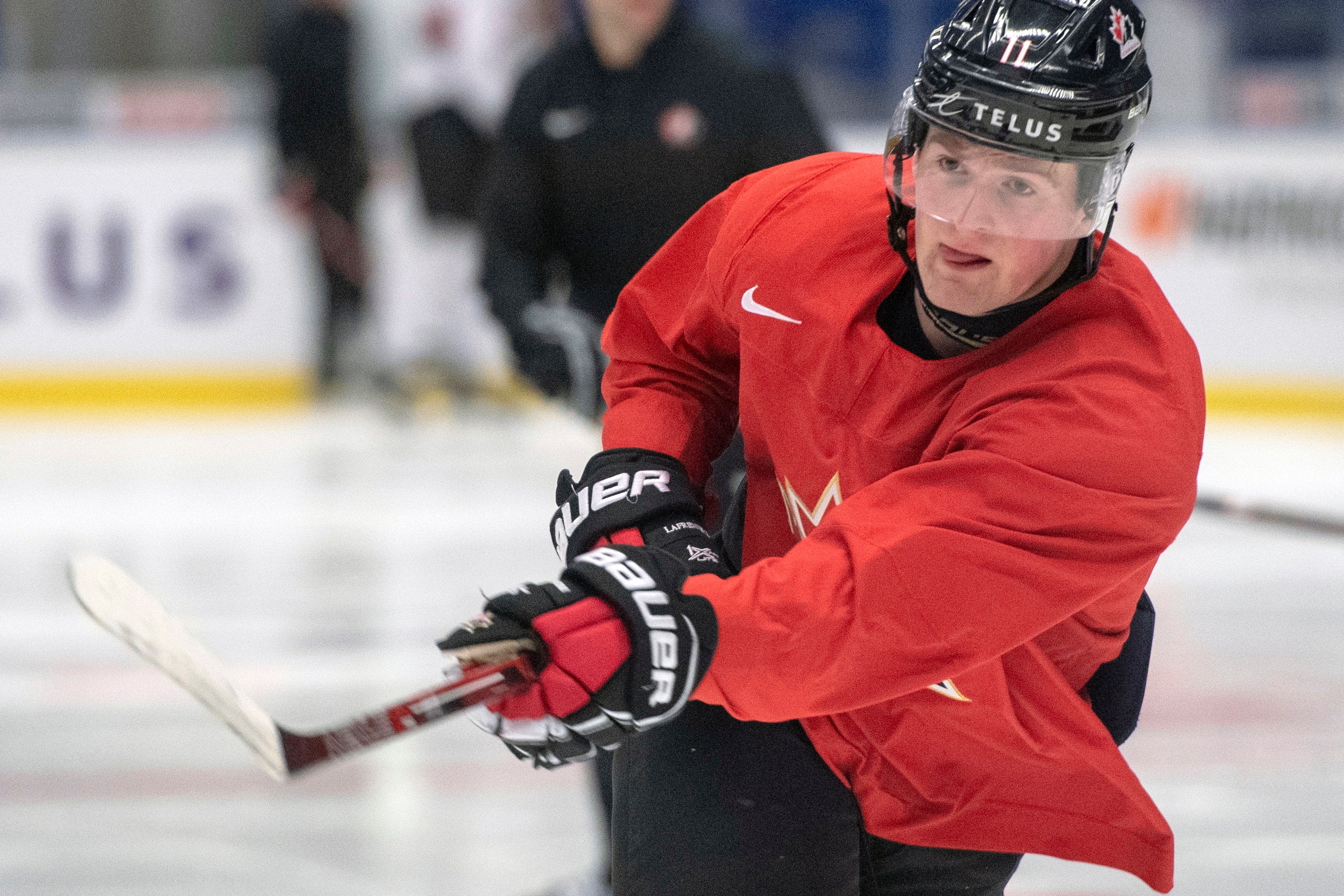 Alexis Lafreniere was supposed to hear his named called in front of family, friends and an adoring crowd inside Montreal’s Bell Centre.

The presumptive top pick in the 2020 NHL draft from Quebec would then climb on stage, shake hands with Commissioner Gary Bettman and pull on the jersey of his new team — presumably the New York Rangers.

The pandemic, however, took care of that.

The draft originally was scheduled for June 26 and 27. Instead, the league this week will instead hold a pared-down draft by video conference. The first round is Tuesday, with rounds two through seven on Wednesday.

The Rangers beat the odds and won the second phase of the lottery in August, setting them up to take the flashy winger.

Lafreniere is the top-ranked North American skater, according to NHL Central Scouting. He is a two-time Canadian Hockey League player of the year, having totaled 35 goals and 112 points in 52 games before the 2019-20 Quebec Major Junior Hockey League season was canceled.

Lafreniere was the MVP of this year’s world junior hockey championship after leading Canada to a gold medal. He would join a forward group in New York that includes Hart Trophy finalist Artemi Panarin, Mika Zibanejad and 2019 No. 2 selection Kaapo Kakko.

“The Rangers are a really big organization, a really good team,” said Lafreniere, who turns 19 on Sunday. “We’ll see what happens, but it’s a really exciting thing.”

Things should get more interesting once the Los Angeles Kings are on the clock, likely choosing between center Quinton Byfield of the Ontario Hockey League’s Sudbury Wolves or winger Tim Stuetzle from Germany’s top pro division.

Stuetzle is the top-ranked European skater and has been likened to Chicago Blackhawks star Patrick Kane. Stuetzle says he’ll watch the first round in the middle of the night in Germany.

The Ottawa Senators own the No .3 pick — acquired from the San Jose Sharks two years ago as part of the Erik Karlsson trade — as well as the fifth selection. If they hold onto both, they’ll become just the eighth team since 1969 to choose twice in the top five and the first since 2000. The Detroit Red Wings pick fourth.

Among the players who could also fall in the top 10 are: smooth-skating defenseman Jamie Drysdale of the OHL’s Erie Otters; blueliner Jake Sanderson of the U.S. under-18 program; forward Cole Perfetti of the OHL’s Sarina Sting, Swedish forwards Alexander Holtz and Lucas Raymond; center Marco Rossi on the OHL’s Ottawa 67′s; winger Jack Quinn of Ottawa; and Russian goalie Yaroslav Askarov.

The NHL finished its pandemic-delayed season inside the Edmonton and Toronto bubbles and under tight health and safety guidelines. June’s draft combine was canceled, meaning there was no physical testing of prospects and no in-person interviews.

Flames general manager Brad Treliving said it will be a change conducting the draft remotely.

“We have a few of our people coming in,” he said. “The biggest difference is we won’t have all of our scouts in attendance.”

The NFL and WNBA held virtual drafts because of the pandemic in the spring, with both going relatively smoothly.

“We’ve talked with other GMs from other sports that have had to go through this,” San Jose general manager Doug Wilson said. “We’ll have enough setup that we’ll have all of our staff accessible.”