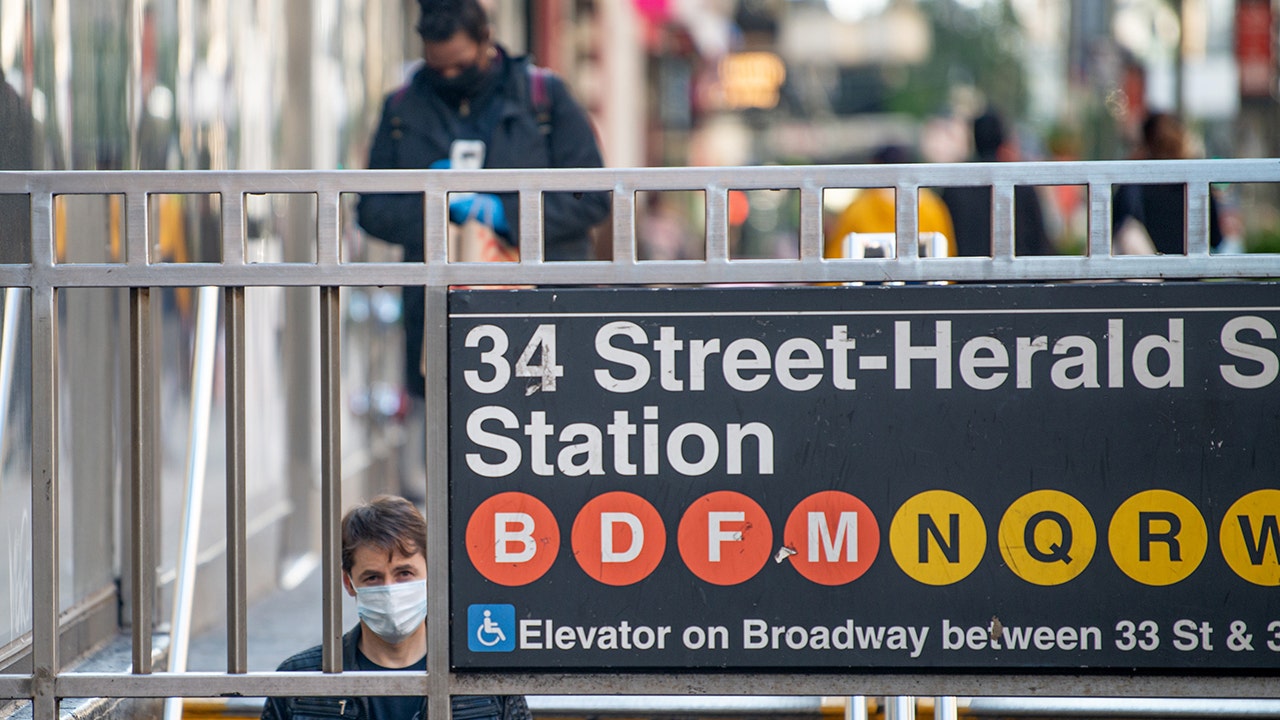 A New York City subway rider went to the hospital after being stabbed in the neck when he refused to give a homeless man a dollar, the NYPD said Monday.

The incident happened at 12:04 a.m. Monday as the victim, 35, was sitting on a bench at the Herald Square station in Manhattan near Macy’s waiting for a downtown B train, police said.

He told officers the homeless man approached him, asked for a dollar and slashed him when he refused to give him any money.

The man’s neck wound was described as not life-threatening.

Cops said they were looking for the assailant who was carrying a trash bag as he fled the scene.

The incident was the third subway stabbing in the Big Apple in the past week.

On Saturday afternoon a 22-year-old subway rider was killed when an argument with another man turned violent.

The fight took place at the Chambers Street station in downtown Manhattan near City Hall. The NYPD on Monday identified the victim as Julio Hernandez of Manhattan.

He was stabbed in the neck and the leg, the New York Post reported.

Photos of the suspect taken after the murder and released by police show a long-haired man in a hooded sweatshirt and a coronavirus mask. He was being sought.

Last Monday, a subway rider in Queens was stabbed after refusing to surrender his wallet to another rider who was armed with a screwdriver, CBS 2 New York reported.

The 42-year-old victim was injured after being punched in the head and stabbed in the arm.

The attempted robbery took place on an F train after leaving the Sutphin Boulevard station.

Cops haven’t identified a suspect in that case.