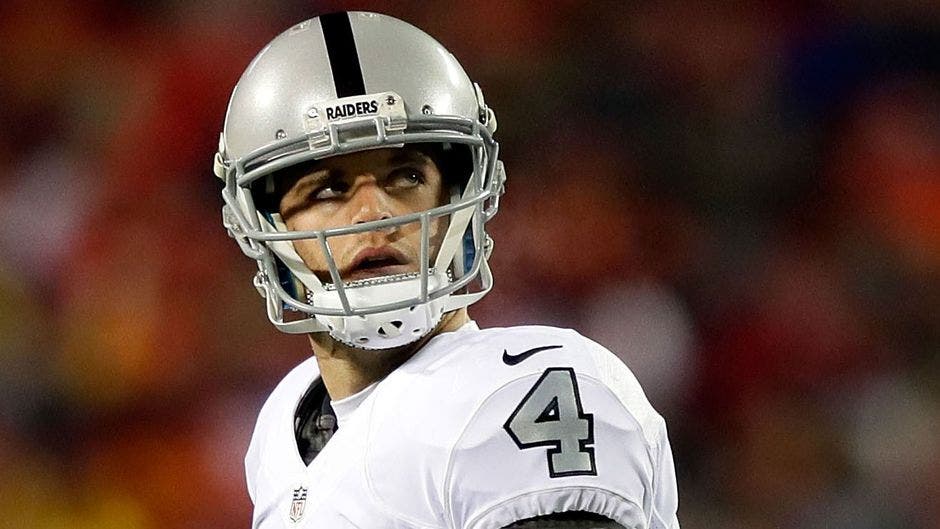 The Las Vegas Raiders may have a better record than several other NFL teams but quarterback Derek Carr is fed up.

After losing 30-23 to the Buffalo Bills on Sunday, Carr expressed his strong dismay as his record as the Raiders’ starter fell to 41-57.

“I’m not going to sit up here and be depressed about something that is a good thing but at the same time, if could’ve won, that feels better. I’m sick of losing, I’m sick of working as hard as I do and as we do, going out there and losing,” Carr said.

“It sucks, enough is enough. I think that’s my message, I’m excited obviously for that. I dreamed of it when I got drafted here. I looked up all those stats and was like, ‘Man, I want to break all of these.’ as a competitor. I’m sick of losing, enough is enough, I’m tired of it.”

“The things that are hurting us in these close games is not them; it’s us. That’s the hard part to swallow.”

WASHINGTON’S RON RIVERA OPENS UP ABOUT COACHING THROUGH CANCER TREATMENTS

“Me being here, my seventh year, I’ve seen too much crap,” Carr said. “I’ve seen a whole bunch of crap, if I’m just being honest with you.

Carr himself had a strong performance against the Bills. He completed 32 of 44 passes for 311 yards and two touchdowns. He has yet to throw an interception this season and even surpassed Ken Stabler to set a franchise record with 151 career touchdown passes.

But that’s not the record Carr is concerned with.

“Is it going to take my positivity and my joy away? Absolutely not. I’m going to be me, regardless. But is it OK for me to be a little hot, a little pissed sometimes? Yeah. And this is one of those moments.”

The Raiders drafted Carr in the second round of the 2014 draft. He has been named to three Pro Bowls but he entered this season with the second-most losses by a quarterback in his first six years behind brother David Carr.