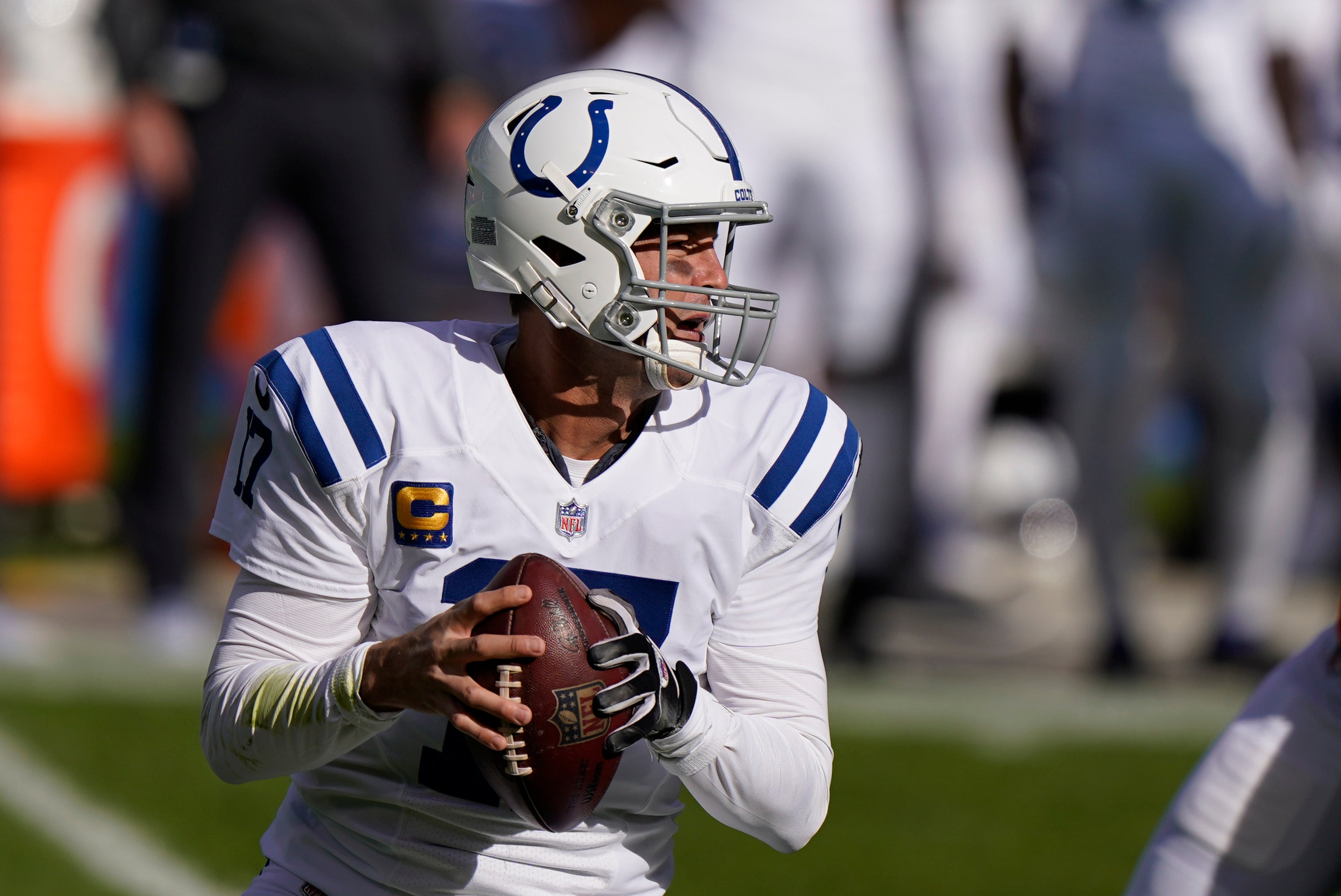 The Indianapolis Colts came into the season thinking their defense had the potential to be one of the best in the NFL. Games like this are exactly what they had in mind.

Philip Rivers threw a touchdown pass on Indianapolis’ first possession, and the Colts shut down Nick Foles and the Chicago Bears in a 19-11 victory Sunday.

After Rivers connected with Mo Alie-Cox on a 13-yard score, the NFL’s top-ranked defense did its job.

“I don’t want to sound crazy, but I did see this coming,” coach Frank Reich said. “I’ve been so fired up about the defense from Day One. The way we looked in camp, I look at our personnel, I look at our coaches, look at our schemes on defense how they fit our players. I’ve spoken about our defense since Day One. I felt like it was going to be real good.”

Indianapolis upgraded the defense in the offseason by bringing in 2018 Pro Bowl defensive tackle DeForest Buckner and 2017 All-Pro cornerback Xavier Rhodes. And the payoff is performances like this.

The Colts (3-1) kept the Bears (3-1) out of the end zone until Allen Robinson caught a 16-yard pass with 1:35 remaining. Indianapolis recovered the onside kick and came away with its third straight win, the Colts’ best streak since beating Kansas City, Houston, and Denver last October.

As for the Bears, their offense didn’t look much better with Foles starting instead of Mitchell Trubisky. There was no big comeback this time by the team that became the first, according to the Elias Sports Bureau, with two wins in the same season after trailing by 16 or more in the fourth quarter.

The Bears managed just 269 yards — only 28 on the ground. Penalties were an issue, too. They got flagged eight times for 103 yards.

“There was really never a rhythm in the game,” coach Matt Nagy said.

Foles, who led Chicago back from 16 down at Atlanta last week after Trubisky got pulled, never found a rhythm. The Super Bowl 52 MVP was 26 of 42 for 249 yards with an interception to go with the late TD in his first start since the Bears acquired him in the offseason from Jacksonville.

“I have to be better, I have to be more crisp and it’s as simple as that,” Foles said. “I look forward to improving.”

The Colts didn’t exactly light up Chicago on offense. But they did play turnover-free ball.

“We didn’t do the dumb things,” Rivers said. “We didn’t turn the ball over three times, we didn’t a lot of those things, so I think that is key. A lot to build (on), but certainly a lot of things we need to do better.”

The Colts played the second half without All-Pro linebacker Darius Leonard, who left with a groin injury. But Indianapolis still had plenty to get by.

Rookie Julian Blackmon had his first interception when he picked off Foles at the Indianapolis 7 early in the fourth quarter with the Colts leading by 13. And Rodrigo Blankenship kicked four field goals.

“Coach Frank and (defensive coordinator Matt Eberflus) brought in a culture of we’re going to play fundamentally sound defensively,” linebacker Anthony Walker said. “I really believe in that. I really believe in what they’re doing. And I think … all the guys on the team that buy into that, that’s special. And I think that’s what we have brewing over here right now.

“I think we have something really special brewing on defense.”

The opening kickoff got pushed back a few hours in order to fill the slot left open when the Kansas City-New England game got postponed because of positive COVID-19 tests on both teams. Once it started, the Colts wasted little time grabbing the lead.

Jordan Glasgow blocked a punt by Pat O’Donnell on the opening drive, and Rivers capitalized with his TD toss to Alie-Cox.

Chicago’s Cairo Santos kicked a 27-yard field goal early in the second quarter. Indianapolis had chances to break it open, only to settle for two field goals by Blankenship in the final 3:47 of the half after drives inside the 10 stalled. His 30-yarder made it 13-3 with 6 seconds remaining.

Blankenship added a 44-yarder in the closing minute of the third.

Playing in an empty stadium for the first time was a bit jarring. But Rivers felt the Colts had a little more pep in their step than the Bears.

“I thought we brought a lot more energy than they did,” he said. “I just felt that from our sidelines. It was weird. It was different. We did the mock game in an empty stadium, obviously, in training camp.”

Colts: Reich said Leonard will be examined in the next few days.

Bears: S Deon Bush (hamstring) exited in the second half.