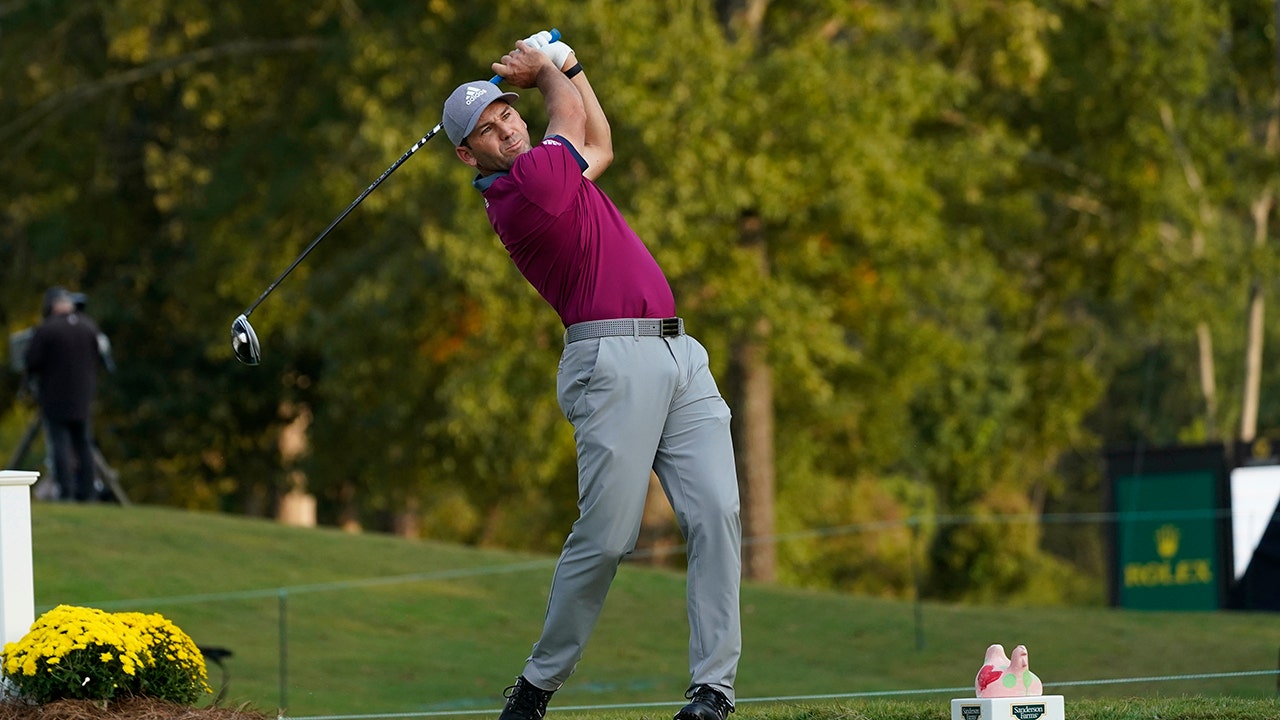 Sergio Garcia had gone just more than a year since his last victory, which felt even longer considering he failed to make the FedEx Cup playoffs and fell out of the top 50 in the world for the first time since 2011.

One week, and two big shots, changed everything.

BRYSON DECHAMBEAU WINS THE US OPEN, HIS FIRST MAJOR TITLE OF HIS CAREER

Garcia hit a 5-wood that barely cleared a bunker and set up an eagle putt from just inside 4 feet to tie for the lead, and he won the Sanderson Farms Championship with an 8-iron to 30 inches for birdie on the final hole.

“The perfect ending for an amazing week,” Garcia said.

Peter Malnati, whose lone PGA Tour victory was at the Country Club of Jackson five years ago, rallied from five shots behind with a career-best 63, punctuated by a 30-foot birdie putt on the 17th hole.

That set the target, and Garcia needed his two big shots to catch and then beat him. The 5-wood from 260 yards on the 14th hole hit the top collar of the bunker, hopped onto the fringe and rolled out close to the hole.

But it was the 482-yard closing hole into the wind that made him proud.

“I stood up on 18 and I did what I’ve been doing all week. I trusted myself,” Garcia said. “I aimed down the right side of the fairway and just hit a hard draw — really, really nice drive — and it gave me the ability to have an 8-iron into the green instead of having a 6 or something like that.”

It was his first PGA Tour victory since he won the Masters in 2017 with a back-nine rally highlighted by an 8-iron that glanced off the pin on the 15th and set up eagle. He eventually beat Justin Rose in a playoff.

“This time it was an 8-iron on 18, and to almost hit the pain again and hit it that close, it was a dream come true,” he said.

Closing his eyes right before the stroke, a habit he returned to this week, Garcia made the 30-inch birdie putt and clenched his fist with a grin not seen on the 40-year-old Spaniard lately.

It’s been a tough year.

He had only one top 10 since golf resumed in June because of the COVID-19 pandemic, and he missed the cut in three of his four tournaments coming into the Sanderson Farms Championship.

Garcia also learned that his father’s brother, Angel, died of the coronavirus a week ago Saturday. His father lost another brother, Paco, to the virus at the onset of the pandemic. He choked up talking about them right after his round.

Garcia now has won at least once worldwide in each of his last 10 years, a streak he shares with Rose. He won for the 11th time on the PGA Tour, and the 31st time worldwide.

J.T. Poston, who started the final round in at three-way tie with Garcia and Cameron Davis of Australia, was one shot behind when he missed the 16th fairway to the right, went into a bunker and failed to save par. He finished with two pars for a 70 to finish alone in third.

Davis had three bogeys on the front nine and was never a factor, closing with a 72.

Malnati had four birdies on the front nine and then began the back nine with three straight birdies. After making a 10-foot par putt on the 14th, he added two more birdies for a 63. He never thought it was going to be good enough to win. Except for a great shot by Garcia on the final hole, it was almost good enough for a playoff.

“I feel like I won the tournament,” Malnati said after his round. “I probably won’t, but I feel like I did, and it’s amazing.”

He spent the rest of the day playing with his toddler son, and then came out to the 18th to see Garcia and saw a clutch finish for the Spaniard.

Garcia heads for Las Vegas, with the Masters just over a month away.

“A boost of confidence, there’s no doubt,” Garcia said. “Every time you play well, even if I would have not won it, it still would have been a massive high for me this week. To be able to do a lot of the things that I did, it meant a lot. It showed me a lot of what I still have and what I still can do.”