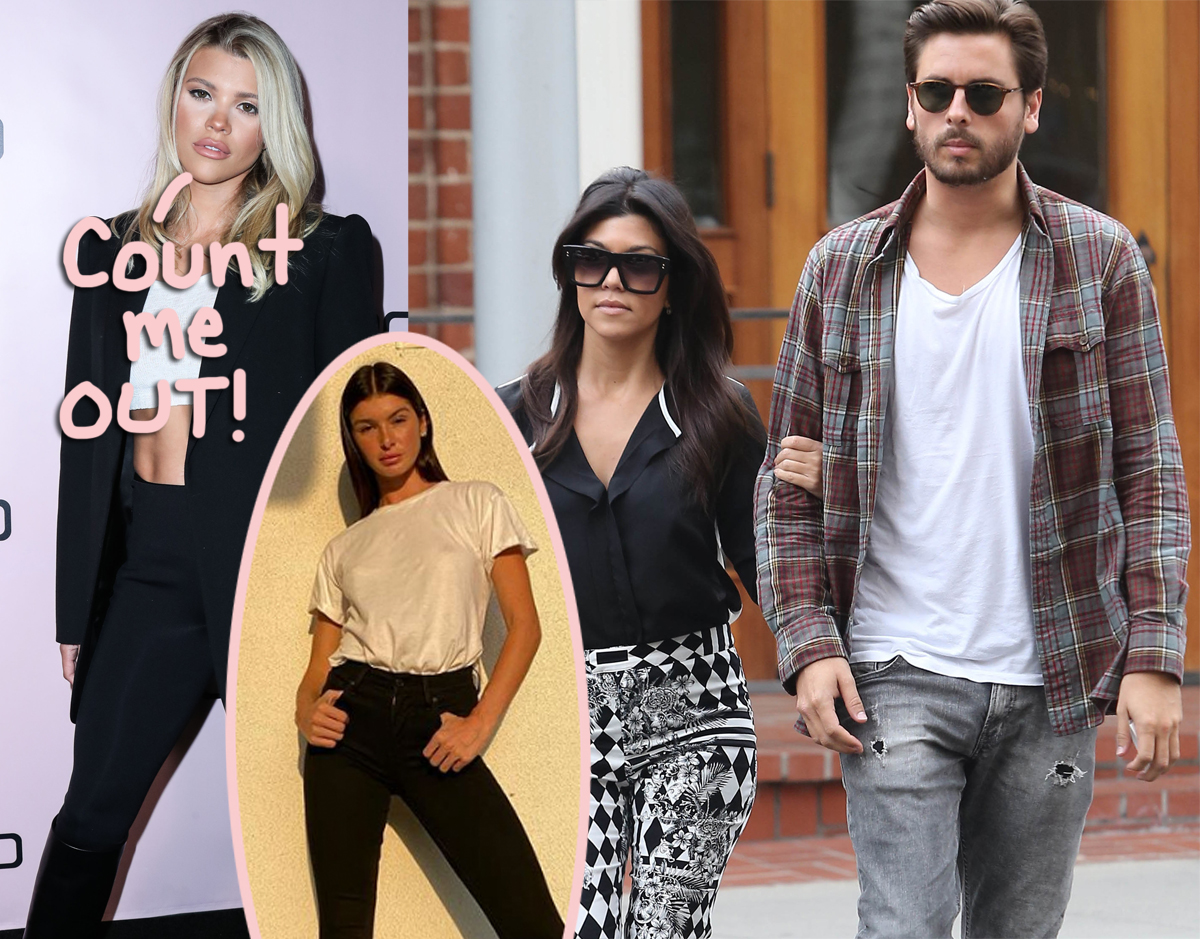 Clearly, Sofia Richie has had more than enough of Scott Disick‘s wanderin’ ways!

The 22-year-old model and social media influencer hopped on Instagram at some point over the weekend and promptly unfollowed both Scott AND his baby momma, Kourtney Kardashian. This comes just days after Lord Disick was spotted out and about with 24-year-old model Bella Banos at Nobu in Malibu. The unfollowing news was first reported by Us Weekly.

Related: So Is Jaden Smith On Deck For Sofia Now, Or Are They REALLY Just Friends??

Now, it’s not necessarily surprising that Sofia unfollowed Scott, considering their long-term relationship (and that brief reconciliation she had with him this summer) are both completely over and done with at this point. But it’s interesting she unfollowed Kourtney, too, isn’t it? Maybe she just didn’t want to see either of them pop up online any more. Understandable!!!

What’s even more interesting is that all this comes about this weekend, not even 24 hours after reports surfaced (including a big one from yours truly!) about Banos’ identity and her apparent re-kindling of interest with the Talentless founder and Flip It Like Disick star.

Evidently, Sofia has seen enough, and wants her feed clear from all the drama. Now, we’re wondering how Kylie Jenner might possibly navigate this new situation as Sofia’s friend and Kourt’s sister, but something tells us that’ll all get figured out.

In the meantime, though, all eyes turn to Bella Banos. Is she here for the long haul?! Will she be Scott’s next long-term thing?! Is she just a fling for the father of three?? How will this all end up — with Kourt appearing to be waiting around in the wings, too, no less!!!

Related: At Least Scott Did Us All A Favor Regarding Khloé And Tristan! LOLz!

So many questions, Perezcious readers! And just as things appear to get simpler — and Sofia bounces out, evidently for good — so too do they get more complicated simultaneously with the addition of Banos to the mix.

Here. We. Go. But where will this take us?! Scott’s history with Banos — the infamous 2017 KUWTK Costa Rica trip — seems a bit on the DL, so can they possibly start things off here on the right foot? And have Kourtney condone it enough to, you know, tolerate things even with Banos’ sketchy history around the fam??

It’s gonna be a ‘probably not’ from us, dawg! Just saying!!!

Sound OFF with your opinion on Scott’s love life and what it means for Kourt and the KarJenner fam, all down in the comments (below)!!!