Ageless Sue Bird has Storm one win away from 4th title

Ageless Sue Bird has Storm one win away from 4th title 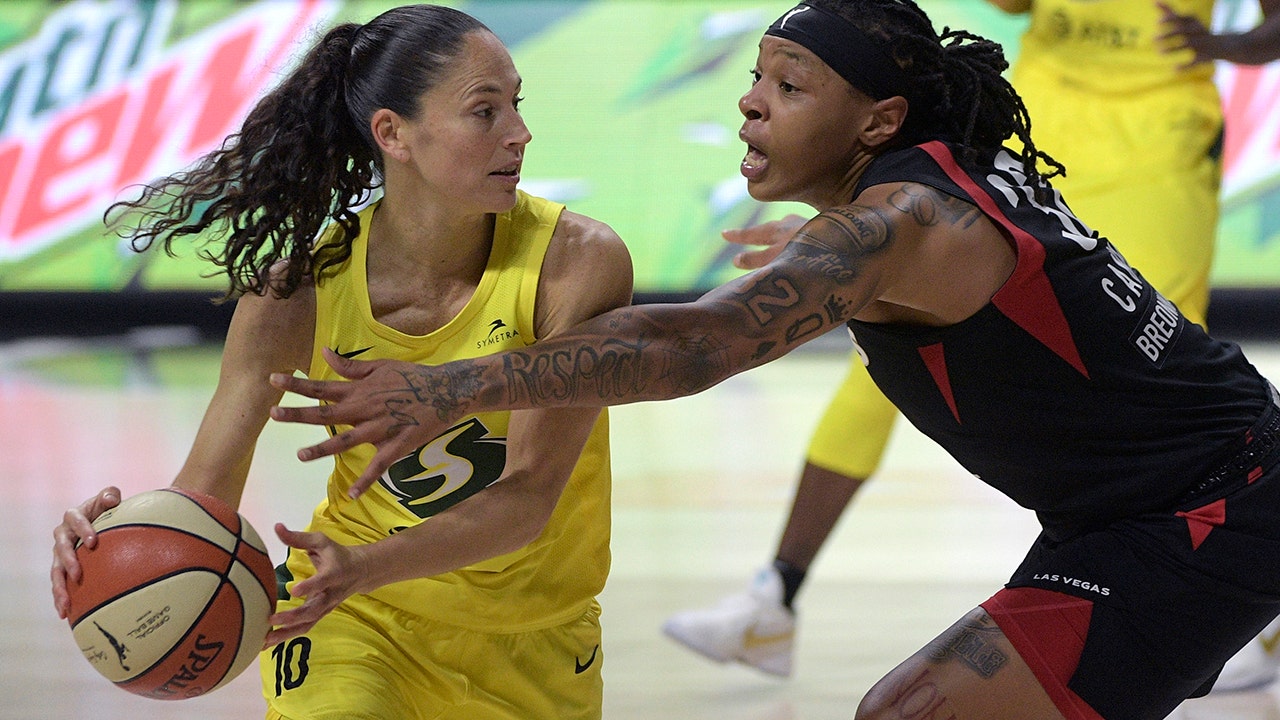 Sue Bird is playing some of her best basketball during this year’s WNBA playoffs as she nears a milestone birthday, joining the likes of Tom Brady and LeBron James of superstar athletes defying Father Time and still performing at a high level.

Bird, who will turn 40 next week, has Seattle one victory away from winning the franchise’s fourth WNBA title since the Storm drafted her No. 1 in 2002.

“Through my career, I’m lucky in a way,” Bird said. “My position and how I play it allows for longevity. I never really relied on my physical quickness or speed or size, obviously. So as long as I continue to add to my game from a mental perspective, I was always going to be able to stay on the floor. Assuming, again, the physical part stayed with me as well.”

The Storm, who won championships in 2004, 2010 and 2018, will try and close out their series with Las Vegas on Tuesday night, sweeping the best-of-five WNBA Finals.

“It’s crazy. to think about it that way, she’s 39 and had a record game for assists,” Storm teammate Breanna Stewart said. “She’s continuing to be better and pick up her level of play.

The 26-year-old Stewart didn’t rule out playing that long, but knows there’s a big difference between guards and posts and the wear-and-tear they take playing.

Bird has been durable for most of her career. She did have to miss the 2013 and 2019 seasons because of injuries and only was able to play in half of the Storm’s games this year after suffering a bone bruise in her knee. Still she didn’t show much rust in the playoffs let alone the finals.

She is averaging 9 points, 13 assists and 2.5 rebounds in the first two games against Las Vegas.

“She’s at another level right now running the team,′ Seattle coach Gary Kloppenburg said. ”One of those players who can see a play or two ahead … It is remarkable to see her orchestrate out there. Things come easy for our team when she’s moving the ball.”

She set a WNBA playoff record with 16 assists in the opening win, a record-setting performance the impressed James so much that the Lakers guard praised Bird on social media.

“To have LeBron recognize me that way is a huge compliment,” Bird said. “I’ve said this before you can throw Tom Brady in there you can throw Diana (Taurasi) in there, us four are in this elite company of people closer to the end than the beginning, but still able to have a huge impact on a team. For all of us, from what I’ve read, it’s about taking care of yourself and your body.

“I have such huge respect for LeBron for so many reasons. Ten finals in a career is insane and to have him take the time to recognize my game the other night was cool.”

Bird’s Hall-of-Fame worthy basketball resume includes four Olympic gold medals, four FIBA world championships, two NCAA titles and a win away from a fourth WNBA crown. She’s never lost in a championship round in any of those competitions.

“For Sue, her incredible consistency as a player comes from her consistency as a person,” said Geno Auriemma, who coached Bird at UConn. “Each year she’s added something that’s made her more consistent, kept her healthier. There’s some injuries that have happened that you can’t control. But she’s an incredible leader on the basketball court of epic proportions because she understands this is what has to be done with this particular team in order to win.

“So it doesn’t matter to her who the coach is. … As long as she has the opportunity to direct the team, they’re going to find a way to win.”