Anne Heche Says Dating Ellen DeGeneres Is The Reason She Couldn’t Get Work For 10 Years!

Anne Heche Says Dating Ellen DeGeneres Is The Reason She Couldn’t Get Work For 10 Years! 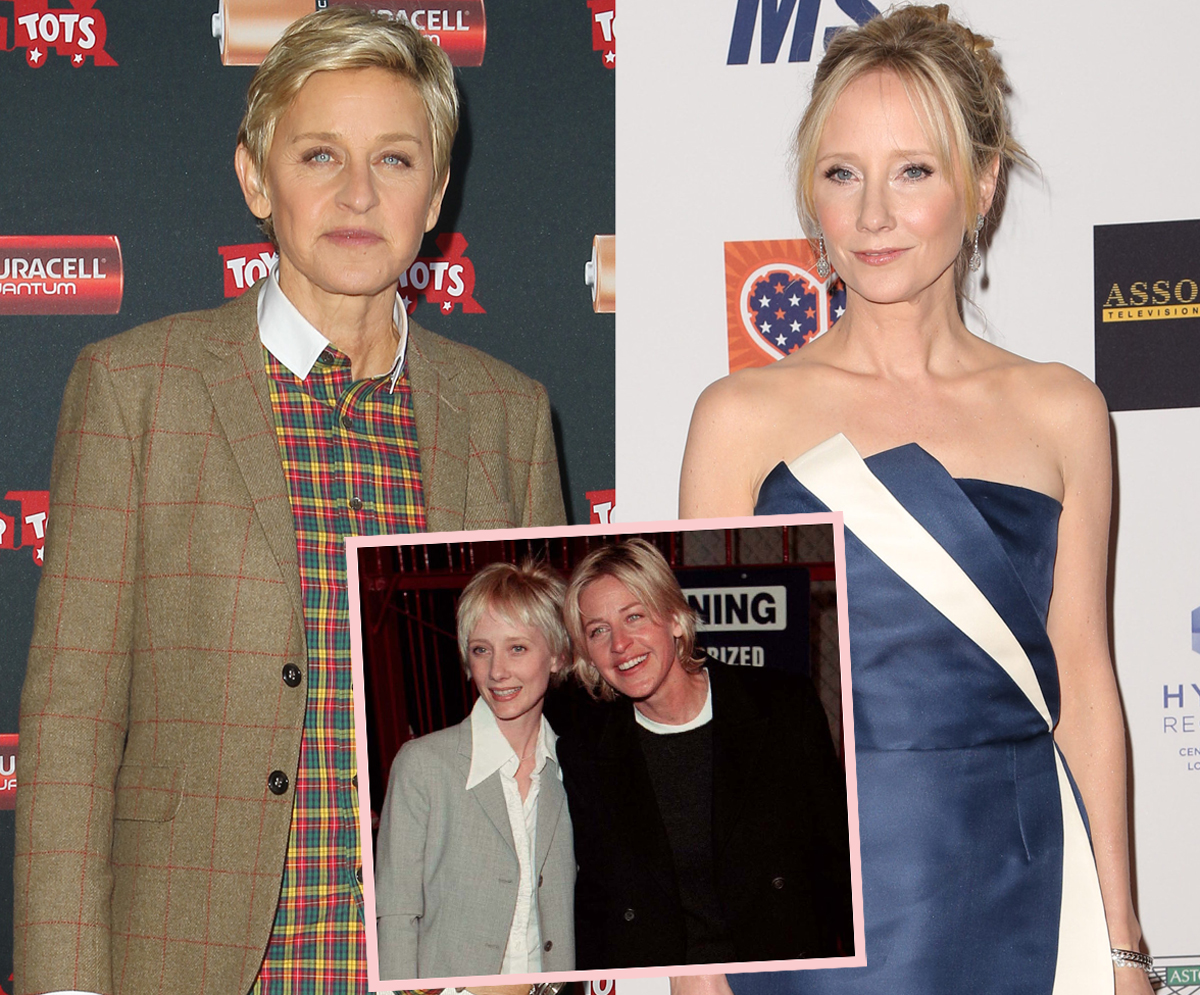 It’s horrible to think about the discrimination Anne Heche has faced… but it’s equally inspiring to see her persevere through it all!

The longtime actress is competing on this season of Dancing With The Stars, and during Monday night’s episode, she goes back into the past to re-live one of the most difficult times of her personal life.

In a clip on the reality TV dancing competition show in which she is shown working on her routine with dance partner Keo Mostepe, the 51-year-old movie star opens up a bit about her former relationship with talk show host Ellen DeGeneres. Of course, Ellen has been in the news for all the wrong reasons lately — and Heche has even been interviewed by inquiring journalists about that — but the star absolutely wasn’t down to pile on to the daytime TV personality.

Instead, the Return to Paradise actress revealed to Mostepe how her late 1990s relationship with DeGeneres “changed my life forever” — and how she experienced significant discrimination and judgment within the entertainment industry simply for falling in love.

The Volcano actress recalled the reaction to her decision to take Ellen as her date to the premiere of that movie in 1997, saying to Mostepe in a sneak peek first reported by People:

“In 1997, I met Ellen DeGeneres at the Vanity Fair party and that was the night that changed my life forever. My movie premiere for Volcano, I had told them that I was taking Ellen as my date. I was told if I took Ellen I would lose my Fox contract. At that moment, [Ellen] took my hand and said, ‘Do what they say,’ and I said, ‘No thanks.’ I took Ellen to the premiere and I was ushered out by security before the movie even ended and was told I was not allowed to go to my own after party for fear they would get pictures of me with a woman. … She was warning me, ‘This is going to happen.’”

Of course, as we noted (above), Heche had previously discussed that exact incident when re-living her relationship with the popular talk show host in an interview early last month.

Related: Like So Many Women, Anne Has Her Own Disgusting Harvey Weinstein Story! Ugh!

But what we hadn’t known was the extent of the fallout immediately afterwards, and then for years to come.

To Mostepe, Heche revealed how the red carpet incident and subsequent relationship with DeGeneres damaged her acting career for more than a decade (!), saying:

“I was in a relationship with Ellen DeGeneres for three-and-a-half years and the stigma attached to that relationship was so bad that I was fired from my multimillion-dollar picture deal and I did not work in a studio picture for 10 years.”

If you’ve ever wondered what happened to one of your favorite actresses form the ’90s or 2000s… well, it was probably Harvey Weinstein honestly. But this is another horrible reason to be blacklisted. Or pinklisted we guess. UGH! She continued:

“But my story is a story that created change in the world, moved the needle for equal rights forward.”

At least there’s that. It’s insane to think that even in the 2000s film studio execs were so bigoted as to turn their backs on an actress for being openly gay! This was just 20 years ago! Not the 1950s or something! Da f**k?!

Related: Here’s How Ellen’s Staff Reacted To Her First Week Back On Set…

We hope the entertainment industry has improved since then, but honestly, Heche’s story here just goes to show that our society is not nearly as progressive or as open-minded as we may think we are. And it’s a cautionary tale and a good reminder to always treat everybody with love, respect, kindness, and equality.

We’re seriously sorry Anne Heche wasn’t able to feel that kindness, love, respect, or equality for so many years. What a terrible, unimaginable thing to endure.

Let’s keep fighting to ensure it really does get better!