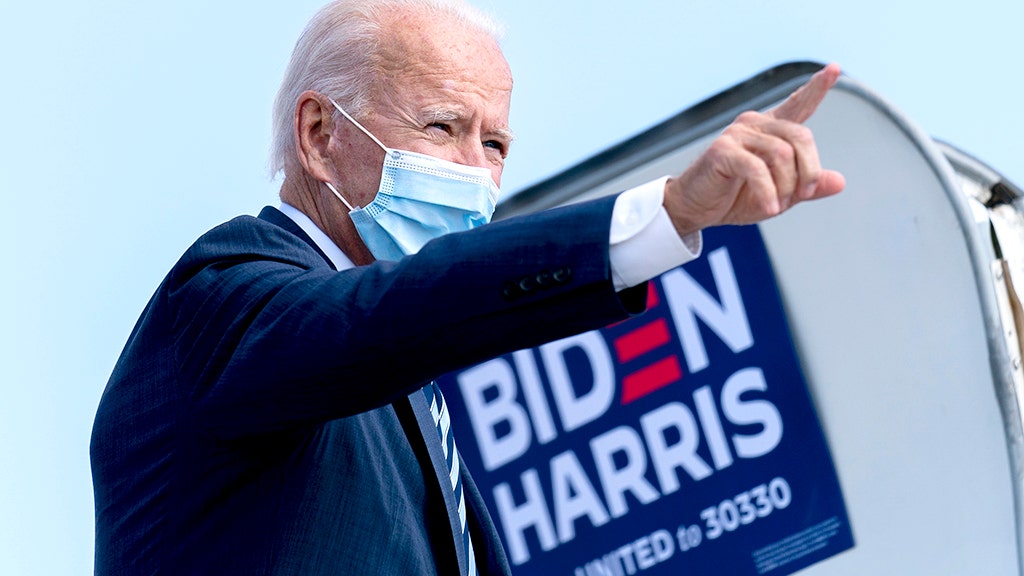 With November’s presidential election only weeks away, Democratic presidential nominee Joe Biden has begun to pivot toward the more moderate wing of his party while steadily downplaying his ties to Sen. Bernie Sanders and the Vermont independent’s policies despite the “unity platform” the Democratic duo released in July.

“Look, I’m the guy that ran against a socialist,” Biden said at Monday night’s NBC News town hall. “Remember, I got in trouble with the whole campaign, 20-something candidates? Joe Biden was too centrist, too moderate, too straightforward. That was Joe Biden.”

His comments came the same day that Sanders was back on the campaign trail stumping for the Biden-Harris ticket in Michigan and just days after Sanders participated in a rally for Biden in New Hampshire.

“I am no more a socialist than – or a communist than – Donald Trump is,” Biden said.

BIDEN VOWS TO PROTECT ROE V. WADE IF HE WINS

“Anyway, so they need not worry. Just look at the record. There’s not one single syllable that I have ever said that could lead you to believe that I was a socialist or a communist,” the former vice president continued.

Last week during the presidential debate, Biden declared that he beat the self-described democratic socialist by a “whole hell of a lot.”

“Your party wants to go socialist medicine and socialist health care,” Trump said. “And they’re going to dominate you, Joe, you know that.”

But in July, the Biden campaign appeared to try to drum up support from the party’s left flank with a “Biden-Sanders Unity platform.”

The task force’s mission, according to a statement, is to address six key areas: climate change, criminal justice reform, the economy, education, health care and immigration.

Notably, a number of hot-button issues for the left, including “Medicare-for-All,” defunding the police, the Green New Deal and abolishing Immigration and Customs Enforcement (ICE) are not explicitly mentioned in the recommendations. But the document does move in the direction of those outcomes.

In another appeal to moderates, Biden said at last week’s debate he does not support the Green New Deal.

“The Green New Deal is not my plan,” Biden said, responding after Trump called out the former vice president over the climate proposal.

Sanders’ seemed to agree with the difference in the plans, saying previously that Biden’s plan “is not what I or my supporters would have written alone.”

“Though the end result is not what I or my supporters would have written alone, the task forces have created a good policy blueprint that will move this country in a much-needed progressive direction,” the Vermont lawmaker said.

BIDEN PUSHES BACK AGAINST TIES TO BERNIE SANDERS: ‘I BEAT HIM BY A WHOLE HELL OF A LOT’

Biden, meanwhile, said it was a “bold, transformative platform for our party and for our country.”

On the economic front, the document calls for 12 weeks of paid family and medical leave, as well as a $15 minimum wage — something that the party’s progressive wing has long advocated for. It also includes support for a House bill that would study the issue of reparations to Black Americans for their years in slavery.

It also calls for significant investments in housing, infrastructure, social security as well as broader union protections for workers and a large-scale government-run jobs program. On taxes, it calls for higher taxes on wealthier Americans but does not go into specifics.

It would also repeal “right-to-work” laws that mean workers cannot be forced to join a union, claiming that such laws “undermine worker power.”

It would ban for-profit private charter schools, and also opposes private school vouchers, as the Trump administration has made school choice a key tenet of its plan for a second term.

For colleges, it calls for grants for historically black colleges and universities, and calls for making community colleges tuition free. On student debt, it would forgive up to $50,000 in student debt for those in public services, cancel loans for public servants, teachers or disabled students. It would also forgive all undergraduate tuition related debt from two and four year colleges for debt holders earning up to $125,000, with phase outs.