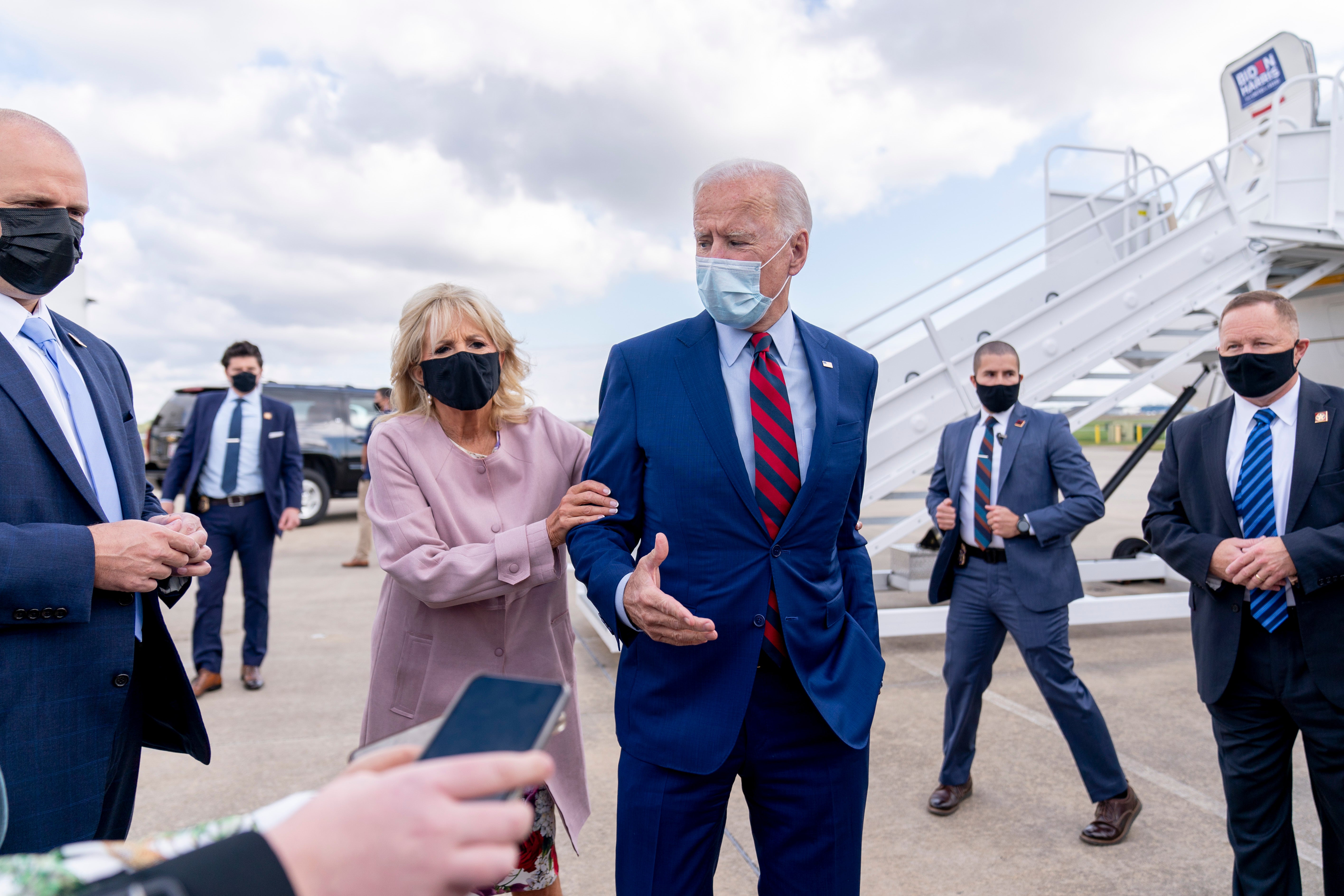 Joe Biden‘s wife Jill Biden, had to literally pull  the 2020 Democratic presidential nominee away from a group of reporters on Monday, in an effort to maintain social distancing in the lead up to November’s election.

Biden was answering questions about the fate of next week’s upcoming presidential debate between him and President Trump after Trump tested positive for COVID-19, when Jill Biden walked up behind the former vice president and grabbed his arms to pull him away from the press, as he was speaking.

“I’m sorry,” the Democratic nominee said, before adding that he would attend the next debate if proper safety protocols were established and put into place.

“Listen to the science. If the scientists say that it’s safe — the distances are safe — then I think that’s fine.” Biden said. “I’ll do whatever the experts say is appropriate for me to do.”

Trump returned to the White House on Monday evening and shortly after his campaign announced that the president was planning on attending the debate next Thursday.