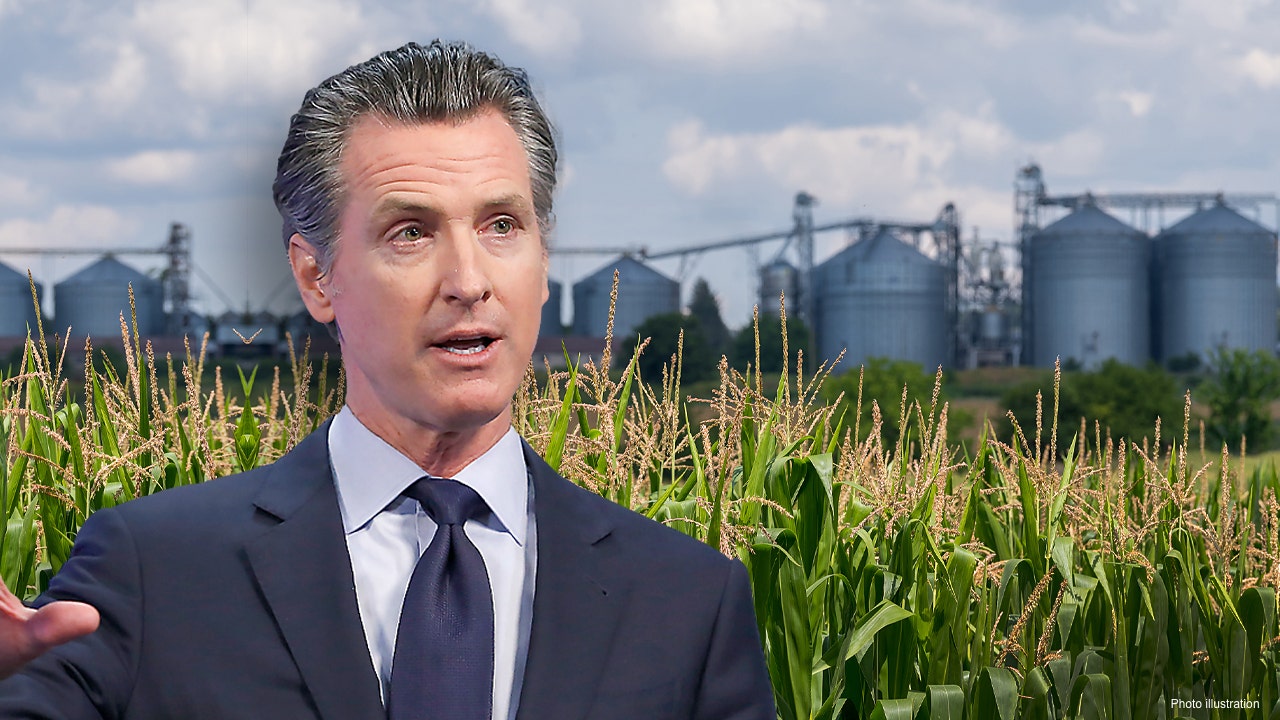 California Gov. Gavin Newsom’s plan to embrace aspects of the Green New Deal and phase out gasoline-powered automobiles by 2035 could deal a devastating blow to Iowa farmers.

While the move, which Newsom bills as an effort to combat greenhouse gases in an era where climate change is a growing concern, would be limited to California, the state has an outsize impact on the auto industry. It’s the largest economy in the U.S. and the fifth-largest in the world, and standards adopted there have often influenced the development of vehicles in broader markets.

That makes Newsom’s plan a worrying omen for the Corn Belt, whose production of cleaner ethanol has become a vital revenue stream. It may also aggravate a partisan divide between coastal Democrats worried about the environment and heartland Republicans wooing growers.

“We are basically the renewable fuel capital of the world,” Craig Hill, president of the Iowa Farm Bureau, told Fox News. “It’s a big business for Iowa and for farmers.”

Corn ethanol is the main source of ethanol fuel in the U.S. About 53%, or 1.3 billion bushels, of Iowa corn is delivered to ethanol facilities, accounting for $5 billion of gross domestic product and 48,000 jobs for the state’s economy.

Ethanol is a cleaner-burning fuel than gasoline. The 15.3 billion gallons of ethanol used in 2016 helped reduced greenhouse gas emissions by 43.5 million tons, the equivalent of taking 9.3 million cars off the roads, according to the Iowa Corn Promotion Board. Without ethanol, another 540 million barrels of oil would’ve been needed.

Sen. Joni Ernst, a Republican, who has been endorsed by the Iowa Corn Growers and the Iowa Farm Bureau, said last month at the state’s first senatorial debate that she will continue to fight to “ensure the future for biofuels,” while noting she has taken on members of her own party to uphold renewable fuel standards.

Ernst accused challenger Theresa Greenfield’s Democratic Party of “moving toward electric vehicles” and potentially outlawing fossil fuels, ethanol and biodiesel within 15 years if they go the direction of California.

Greenfield called for “urgent climate action” while touting her “Fair Shot for Famers” plan that focuses on ensuring the U.S. becomes the first country with a net-zero agriculture industry. The plan emphasizes trade, leveling the playing field and investing in conservation, among other issues.

Greenfield did not specifically address the executive order by Newsom, a Democrat, which would result in a 35% reduction in greenhouse gases and require medium- and heavy-duty vehicles to be 100% zero-emission by 2045.

Newsom called his order the “the most impactful step” the state of California can take to fight climate change.

The governor’s plan would be a major step toward California embracing the Green New Deal, a resolution from Rep. Alexandria Ocasio-Cortez, D-N.Y., and Sen. Ed Markey, D-Mass., that calls for the reduction of greenhouse gas emissions from human sources by 40% to 60% of 2010 levels by 2030 and for achieving net-zero emissions by 2050.

Former Vice President Joe Biden said at the first presidential debate that he doesn’t support the Green New Deal but moments later suggested the plan, which has been estimated to cost up to $93 trillion, would pay for itself. His campaign website called the Green New Deal a “crucial framework for meeting the climate challenges we face.”

Transitioning to electric vehicles would give the U.S. an “enormous opportunity to create a million good-paying union jobs, dominate a fast-growing market worldwide and meet the demands of the climate crisis,” said Biden campaign spokesperson Matt Hill.

The Biden campaign, however, did not respond to multiple requests for comment from Fox News about the impact of Newsom’s executive order on Iowa farmers. Biden, as vice president, had a heavy hand in lowering the U.S. Renewable Fuel Standard to help struggling East Coast refineries lower their costs.

The Trump administration last year allowed the sale of higher ethanol blends of gasoline, making good on a campaign promise.

While the Environmental Protection Agency last year approved more than 80 waivers that exempt refiners from having to add ethanol to their gasoline, the Trump administration this year denied those waivers to refiners.

“As the president proved from his administration’s recent ethanol waiver reversal, Iowa’s farmers can trust him to uphold his commitment to ethanol and the Renewable Fuel Standard Program to give consumers more choice,” Courtney Parella, deputy national press secretary for the Trump campaign, told Fox News.