Dorinda Medley Finally Explains Her Shocking RHONY Exit: ‘I Was Ready To Go Back’

Dorinda Medley Finally Explains Her Shocking RHONY Exit: ‘I Was Ready To Go Back’ 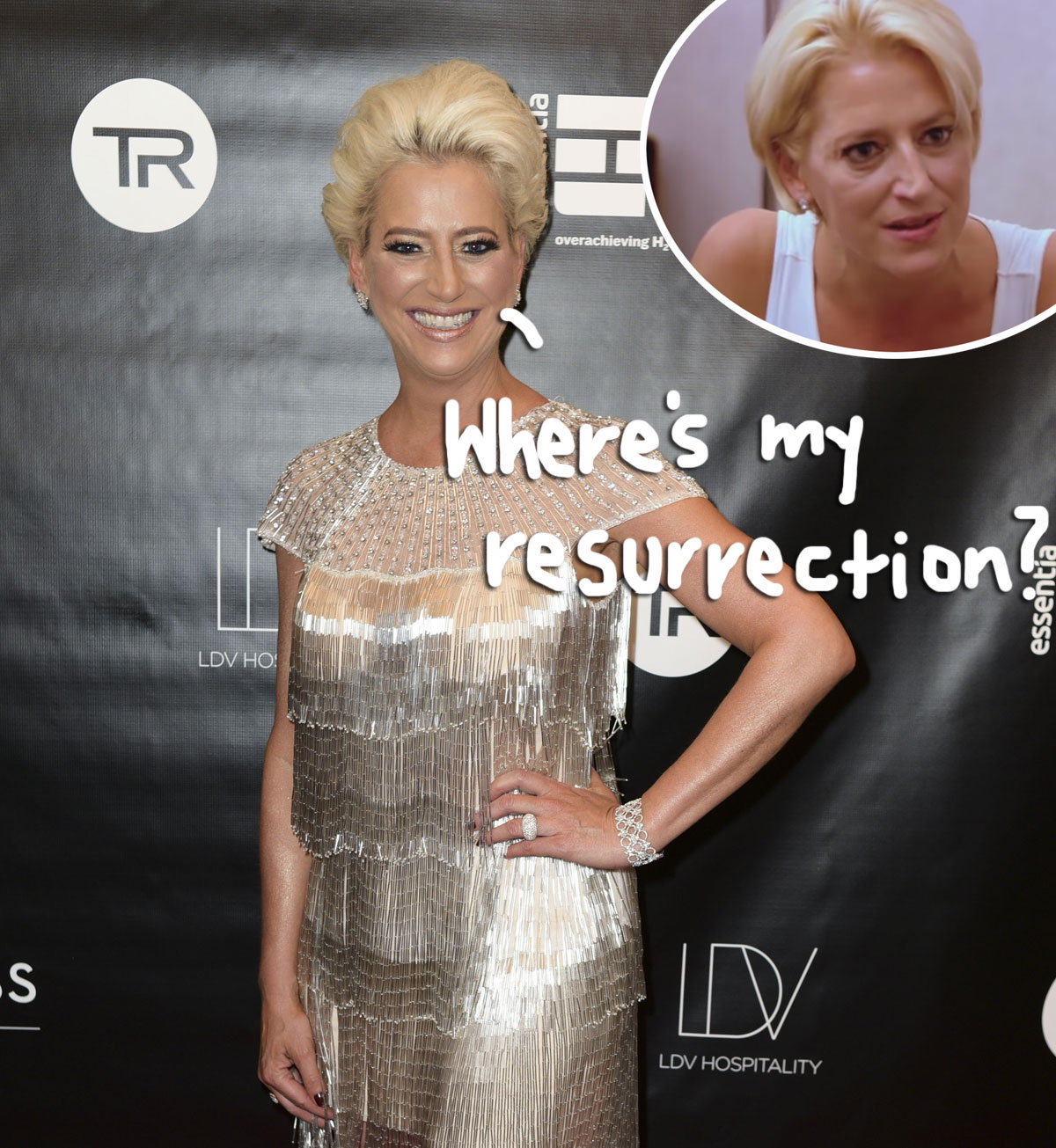 With the endless drama surrounding the recent Real Housewives franchise shakeups, like NeNe Leakes casually calling Andy Cohen “racist” and Denise Richards quitting the show after a bombshell season, Dorinda Medley‘s exit from the reality TV show was nearly brushed under the rug!

But when has she ever done anything quietly??

Appearing on Tuesday’s new episode of Bethenny Frankel‘s podcast Just B, the 55-year-old finally opened up about leaving the series, telling her former co-star she “did not have a good season this year.”

Medley elaborated in the sneak preview obtained by E! News:

“I’m not gonna make excuses for it, but I was doing real. You know, that’s where I was at that time.”

Sharing how her outcome on Real Housewives of New York City might have been very different had she taken a year off, the star noted how season 12 was truly a rollercoaster.

Bethenny explained some context for listeners:

“She broke up with her boyfriend, her father got sick and her house flooded.”

“I’ll be honest with you, I felt very, very scared going into the season because not only was my life very intense with all the things…the house, my father, [I] broke a rib, breaking up with John… So it was like, wow… I was sort of a toothpick in an ocean. I didn’t get my voice out correctly.”

Frankel, who left the show last year, agreed, spelling it out on the podcast:

“You get in over your skeeze. You drink, something happens, you say something, and then you’re in your head about what you just said, but the show must go on. You’re still filming, there’s still cameras. So that’s what is challenging and that’s where I do feel you.”

“Everybody always gets their resurrection season. So the next season, the person is super cautious.”

The newly-axed cast member fully acknowledged what viewers saw on Bravo wasn’t her best side, commenting:

She even thought she’d have that chance!!

“I was looking forward to coming back this year. I was looking forward to having that moment. I mean, when I found out when this thing all went down, I was just getting off the phone with this woman who’s doing a Blue Stone Manor gingerbread house. And I’m thinking, ‘It’s gonna be great for the show! Oh my god, this is gonna be my season. I’m gonna come back ’cause everything’s done, I’m in a good place.’ So it really was…you know, no one likes rejection.”

Bethenny put it best when comparing it to a bad first date:

“You hope the guy calls and then you get to go again to just, like, make it nice. You wanted to make it nice! That’s the truth.”

So for Dorinda, it was a struggle to accept her fate after gearing up for her resurrection season:

“I didn’t talk because I didn’t want to talk. I was ready to go back. I was excited about going back. I was planning on going back. And I thought I would have a great year. I wasn’t given that option. So do with that as you want.”

“They’re calling it a pause, which I don’t really…for me, I’m an old-fashioned girl. If you’re not waitressing and getting paid, you’re not waitressing… At the end of the day, it was a mutual ‘no.’ This is pretty much the first time I’ve spoken as honestly outside of you and I talking that I’ve done.”

It was previously reported the reality TV star was fired for becoming a “mean drunk,” according to a Page Six source, who dished:

“If she’d have said [at the end of the season], ‘Look — I’ve been depressed and that’s why I’m acting like this,’ or, ‘I miss my [husband, Richard, who died in 2011],’ and said she’d work on it, I think it would have been different… That’s just not where they want the show to go.”

Have we seen the last of Dorinda — and Blue Stone Manor — for good??