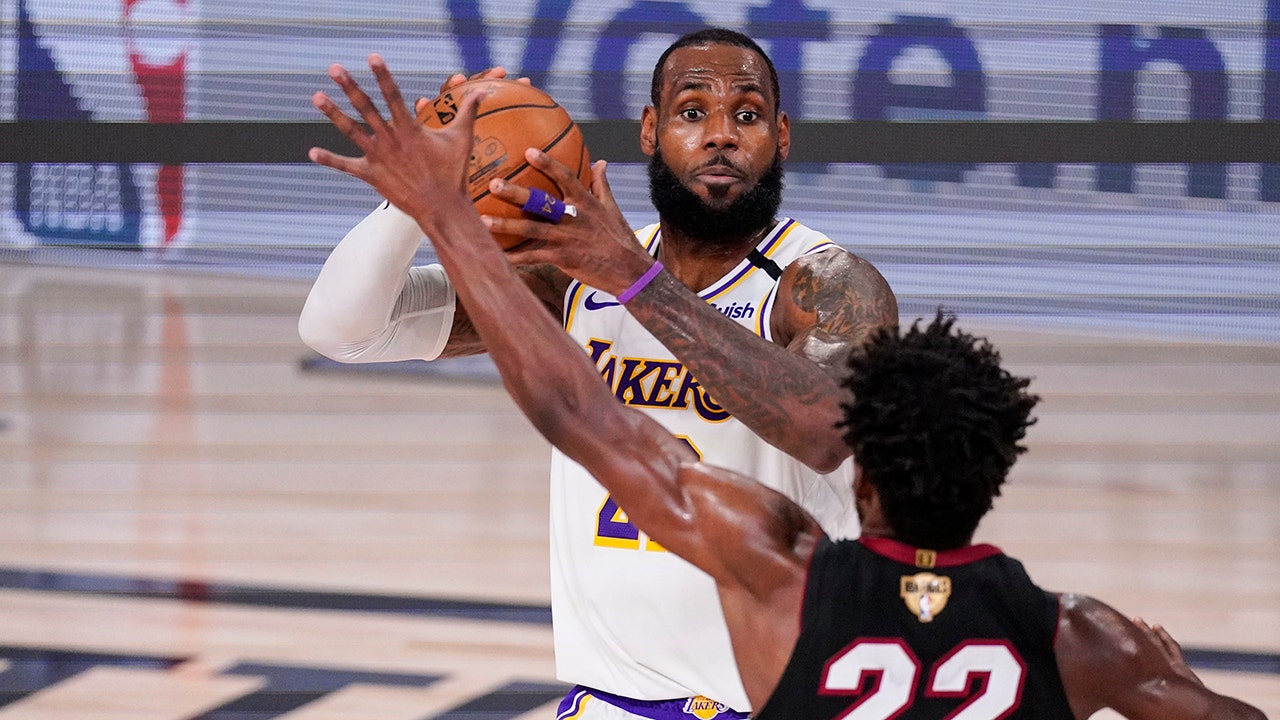 LeBron James told Jimmy Butler that Miami was “in trouble” during the first quarter of Game 3 of the NBA Finals.

Butler threw those words back in The King’s face when the Heat went up by nine points with 1:14 remaining Miami in Sunday’s win to pull within 2-1 in the best-of-7 series entering Tuesday’s Game 4.

James, playing in his 10th NBA Finals, said Monday that he typically tries to stay “even-keeled” throughout the postseason.

“There’s always communication going on, on the floor. For me, personally, as long as it doesn’t get disrespectful, I’m fine with it. But I’ve never really started up a trash-talking dialogue. That’s just not me. I believe the way I play the game is enough trash-talking in itself.”

Butler joined James and Lakers legend Jerry West as the only players in NBA Finals history to register a 40-point triple-double in Game 3, finishing with 40 points, 13 assists, and 11 rebounds.

“It all boils down to no matter who’s in the lineup for those guys, they’re a great team,” James said. “It’s just that simple. They’re going to put you in positions that may feel uncomfortable, that will be uncomfortable, throughout the course of 48 minutes, and we have to be able to adjust.”