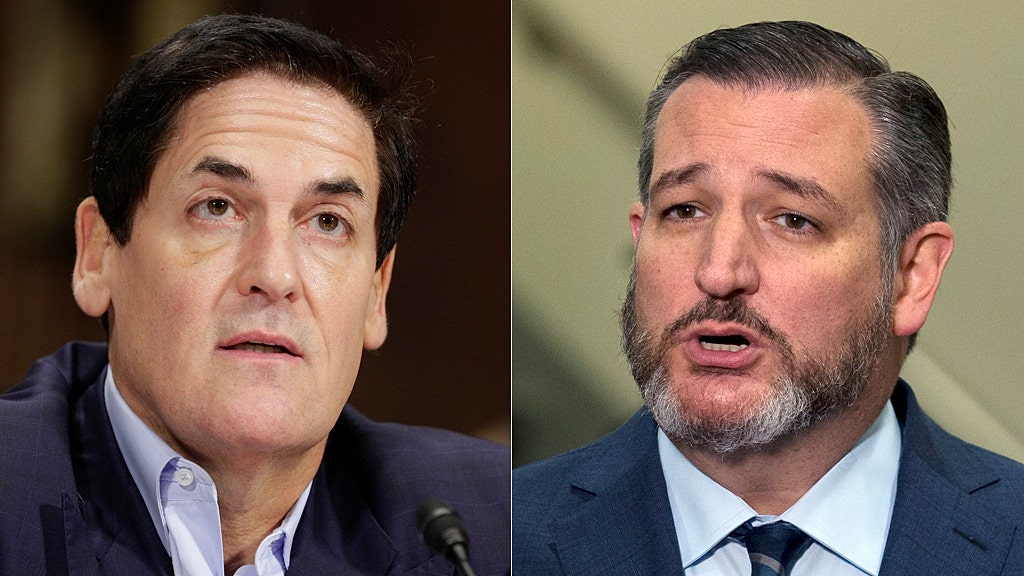 Dallas Mavericks owner Mark Cuban and Sen. Ted Cruz engaged in a heated debate over Twitter on Tuesday as the latest numbers showed another dip in ratings for Game 3 of the NBA Finals.

Friday’s Game 2 of the series between the Los Angeles Lakers and Miami Heat was watched by 6.07 million viewers, a drop from last year’s Game 2 Finals and from this year’s Game 1 (7.41 million). Game 3 ratings fell again to 5.94 million viewers, marking the least watched NBA Finals game on record, according to Sports Media Watch.

While a number of reasons could have played into the dip, including the unusual timing of the season caused by the pandemic, Cruz took to social media to suggest that player protests were the cause.

“Not surprising. Personally speaking, this is the first time in years that I haven’t watched a single game in the NBA Finals,” he said using the hashtag “#GoWokeGoBroke.”

The tweet caught the attention of Cuban who took offense to the Senator’s stance.

“A US Senator with 3 @NBA teams in his state, employing thousands of people and he is rooting for their businesses to do poorly,” he wrote. “This is who you are @tedcruz . Every minute of your life, this is exactly who you are.”

Cruz fired back saying that he has been a life-long Houston Rockets fan and has always supported his state’s teams but decided against it after claiming that the NBA “is engaged in a concerted effort to (1) insult their fans & (2) turn every game into a left-wing political lecture. That’s dumb.”

LEBRON JAMES WALKS OFF COURT IN FRUSTRATION BEFORE GAME 3’S END: ‘THIS IS NOT A GOOD LOOK’

But Cuban wasn’t buying it.

“You are so full of s–t. You haven’t watched a game of the finals, how would you know what is being said or done? Since when is a desire to end racism an insult to anyone or political? And you don’t think using #GetWokeGoBroke is a partisan insult?  Again, this is who you are.”

Cruz replied: “I wish @mcuban loved his fans as much as he loves Chinese money.”

“Shame on me for putting American Civil Rights and Justice, creating jobs, growing our economy and healthcare reform over twitter proclamations,” Cuban said.

There’s no clear-cut reason why the NBA’s numbers have been low. The season is being played under unique circumstances.

Friday’s game was marked by President Trump’s admittance to Walter Reed Medical Center as he battled the coronavirus in the middle of a heated election season, which has seen a dramatic increase in viewership for cable news channels. The league is also playing its Finals in October during a number of other sporting events that have come back from a coronavirus-plagued sports season.

But some have consistently pointed to the NBA embracing social justice issues right off the bat of its restarted season in the bubble. The NBA allowed players to wear social justice messages on the back of their jerseys and painted Black Lives Matter on the court for each game that was played at Disney World in Orlando, Fla., while staying silent on other major issues in the world, including atrocities in China.

Game 4 is scheduled for Tuesday night at 9 p.m. ET.