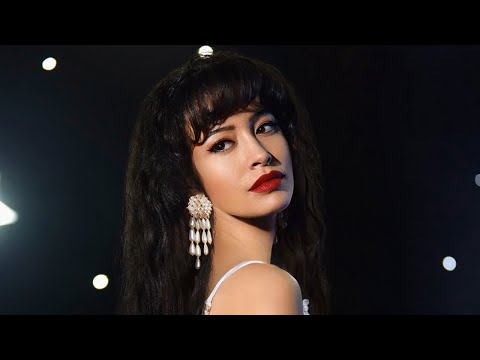 Die-hard Selena Quintanilla-Pérez fans won’t have to wait much longer to see the beloved Tejano music icon’s story come to life on Netflix!

On Tuesday, the streaming giant dropped its first trailer for Selena: The Series, a highly-anticipated, six-part limited series starring The Walking Dead actress Christian Serratos. The project was first announced back in 2018, but it’ll finally be headed to our TV screens on December 4. Excuse us while we bidi bidi bom bom our way over to the couch to catch this one!

Related: Selena’s Widower Accuses Her Family Of Making Him ‘Nonexistent’

In the black-and-white, short clip (above) titled, “Every legend begins with a dream,” Serratos’ uncanny version of Selena is seen performing on stage, as her father, Abraham (played Ricardo Chavira), offers advice in an ominous voiceover:

“If you keep practicing, pretty soon it’s all gonna pay off. Just watch. And when I see you on that stage, I still see the 6-year-old girl singing in our backyard.”

The heavy influence the patriarch had over his famous daughter is widely known and it appears this new series will dive into their complicated working relationship. Viewers can also expect to see countless other challenges Selena faced while coming of age in the spotlight before her tragic death in 1995 at just 23 years old. Her career was brief yet legendary, and we can’t wait to see this new perspective on the star’s life.

Perezcious readers, ch-ch-check out the clip (above) and let us know your thoughts (below) in the comments!