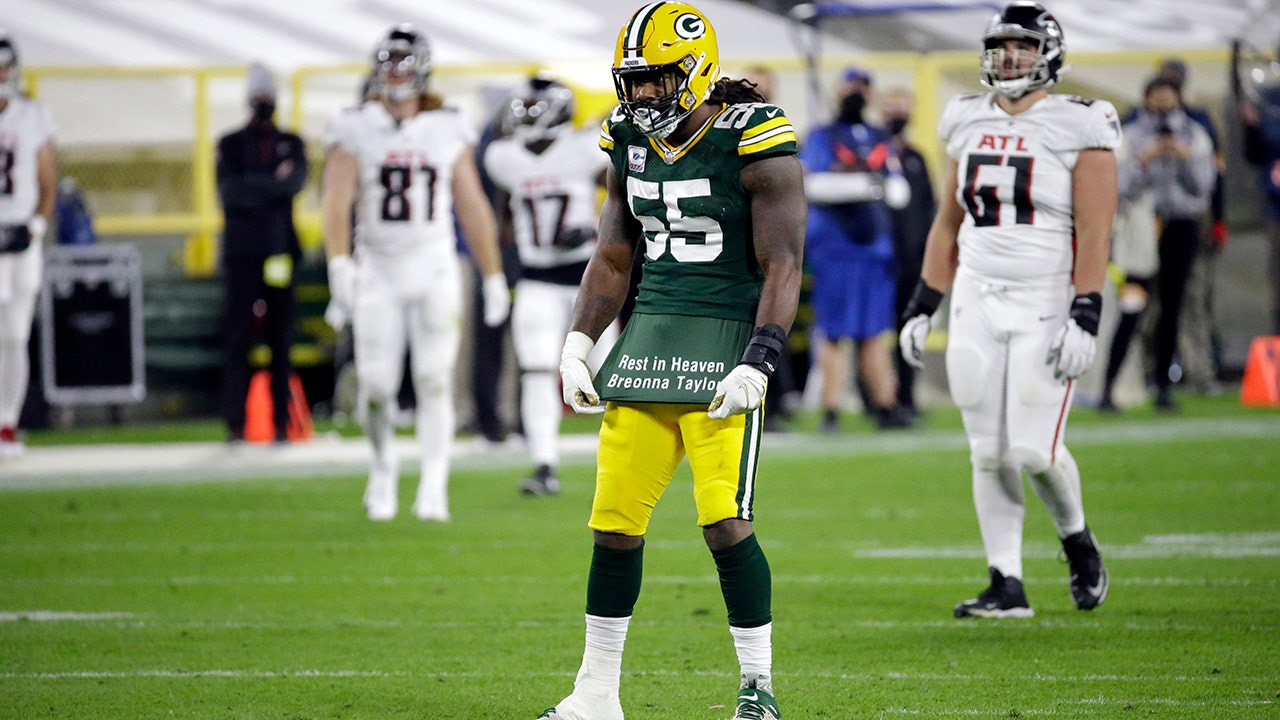 After sacking Falcons quarterback Matt Ryan in the second half, Smith celebrated and pulled down his undershirt for the cameras and the bottom of the shirt read: “Rest in Heaven Breonna Taylor.”

Smith is potentially the first player to have Taylor’s name or any victims of police brutality or racial injustice on their shirts. Players have been allowed to wear decals on the back of their helmets of names or phrases promoting social justice this season.

The NFL has also put “End Racism” and “It Takes All of US” on teams’ end zones.

Washington Football Team players wore “Breonna Deserves Better” in the wake of a Kentucky grand jury’s decision not to charge any police officer with her death last month.

Former Louisville police Officer Brett Hankison was indicted on three counts of wanton endangerment in the first degree, a Jefferson County grand jury announced Wednesday. The other two officers at the focal point of the investigation avoided charges. No officer was charged directly in Taylor’s death.

The indictment was announced 194 days after Taylor, 26, died after officers initiated what was initially reported to be a no-knock warrant on her apartment during a drug investigation. They fired 20 rounds into the home, striking Taylor multiple times. Authorities said police opened fire after Taylor’s boyfriend started shooting at them.

Kentucky Attorney General Daniel Cameron said that the police officers knocked and announced themselves before breaching the door to Taylor’s apartment.

Authorities found that the bullets fired by Hankison traveled into the neighboring apartment while three residents were home – a male, a pregnant female and a child, Cameron said at a news conference after the grand jury’s announcement.

Hankinson faces up to five years on each of three counts if convicted, Cameron said.