Shift in Ohio vote tallies after election not a sign of ‘something nefarious,’ secretary of state says

Shift in Ohio vote tallies after election not a sign of ‘something nefarious,’ secretary of state says 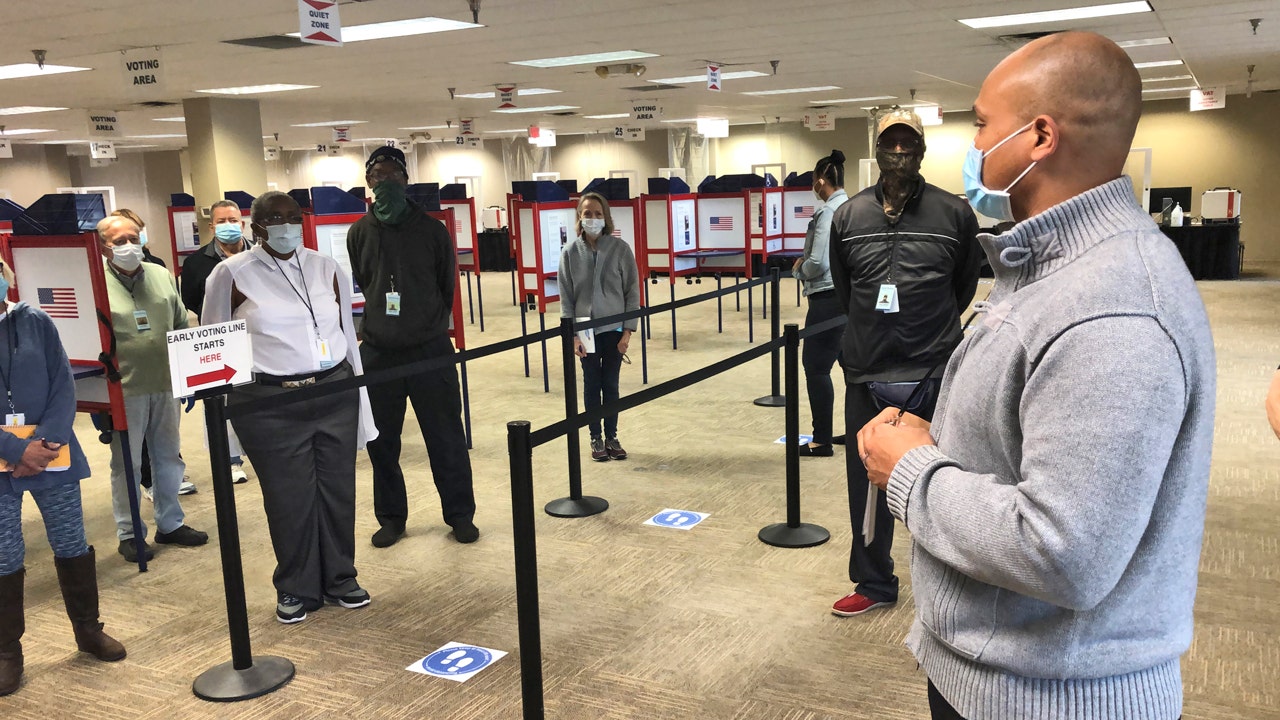 EXCLUSIVE: As officials in the key battleground state of Ohio prepare for an unprecedented surge in mail-in ballots for the 2020 presidential election, Ohio Secretary of State Frank LaRose wants to make it clear that any shift in voting tallies after Election Day should not be taken as an indication of wrongdoing.

More than two million Ohio residents requested mail-in ballot applications prior to the start of early voting on Tuesday, doubling the count at the same time in 2016 and 2012. Ballots in the state are counted for up to 10 days after Election Day — as long as they are postmarked by Nov. 2 — meaning that election results displayed on the night of Nov. 3 will be unofficial and include all votes received through any method by 7:30 p.m. local time.

LaRose, a Republican, said the state will have “pretty conclusive” results on election night if early returns show President Trump or Democratic nominee Joe Biden winning the state by a wide margin.

But if the race is close, he acknowledged that it could take “three weeks or more” to know the final results as elections officials work to tabulate mail-in and provisional ballots. LaRose added that the state is taking steps to be transparent about the process, such as publishing the number of outstanding mail-in ballots online.

“When the results on election night say one thing and then when the results change over the ensuing several weeks, that’s not a sign that something nefarious is happening. In fact, quite the contrary,” LaRose told Fox News. “It’s a sign that the legal process is being allowed to play itself out so that every legally cast vote can be tabulated. That’s exactly what we need to do.”

The security and speed of the mail-in ballot process have emerged as key points of contention during the 2020 election cycle.

Trump has argued, without evidence, that mail-in ballots are susceptible to fraud and suggested that their widespread use could result in a “rigged election.” During his debate with Biden last week, Trump said he would only accept the results of the vote “if it’s a fair election.”

In a change from past years, Ohio plans to publish the number of expected mail-in ballots that have yet to be received on election night – both for the sake of transparency and as a guide on whether initial results can be taken as definitive. The voting process will operate just as it has in the past, where results on election night have been considered unofficial until they can be certified.

Additionally, LaRose was adamant that Ohio has developed a highly secure system for mail-in voting with a number of safeguards in place.

“Let me be loud and clear, voter fraud is exceedingly rare,” LaRose said. “It’s rare because we enforce the laws. We work to keep it rare. We follow the procedures. We have bipartisan supervision of every part of our election process and that includes the way Ohioans do absentee voting.”

In order to cast a mail-in ballot, voters must prove their identity both when requesting their ballot application and when submitting their completed ballot. State officials maintain up-to-date voting rolls and allow voters to track their ballots online.

Ohio does not allow so-called “ballot harvesting,” in which a third party collects ballots from the public. Voters must submit their ballots personally, through a family member or through the mail.

LaRose said he plans to “follow the law” if any candidate, Trump or otherwise, attempts to question Ohio’s election results. Ohio state law allows officials to provide voting tallies on two occasions — an unofficial count on election night and a final, certified result about three weeks after Election Day.

Ohio is one of several key “swing states” in 2020. A Fox News poll last month showed Biden with a five-point lead over Trump in the state after the president carried Ohio during his victory over then-Democratic nominee Hillary Clinton in 2016.

LaRose said disinformation about the voting process and adequate staffing at polling locations, not ballot security, are his chief concerns for the upcoming election. He noted that much of the disinformation has emerged from abroad, where foreign countries “are intentionally trying to degrade the trust that Americans have in our elections.”

“Combating disinformation, making sure that voters have accurate information is probably the thing I think about more than anything else right now,” LaRose said.

As of this week, Ohio has recruited approximately 46,000 state residents to serve as poll workers at roughly 4,000 voting locations. The state has set a target of 55,000 trained poll workers by Election Day to ensure that locations are staffed even if the ongoing coronavirus pandemic impacts the workforce.

County election boards have been equipped with high-speed mail handling equipment and letter-opening machines to handle the record influx in ballots. For in-person voting, centers will follow a 61-point safety checklist, including use of personal protective equipment, to ensure a safe environment for the public.

“We want to be at 55,000 and that’s what’s necessary to make sure that no voter arrives at a polling location on Nov. 3 and finds a locked door,” LaRose said. “We need to have those polling locations staffed with well-trained, bipartisan teams of elections officials.”