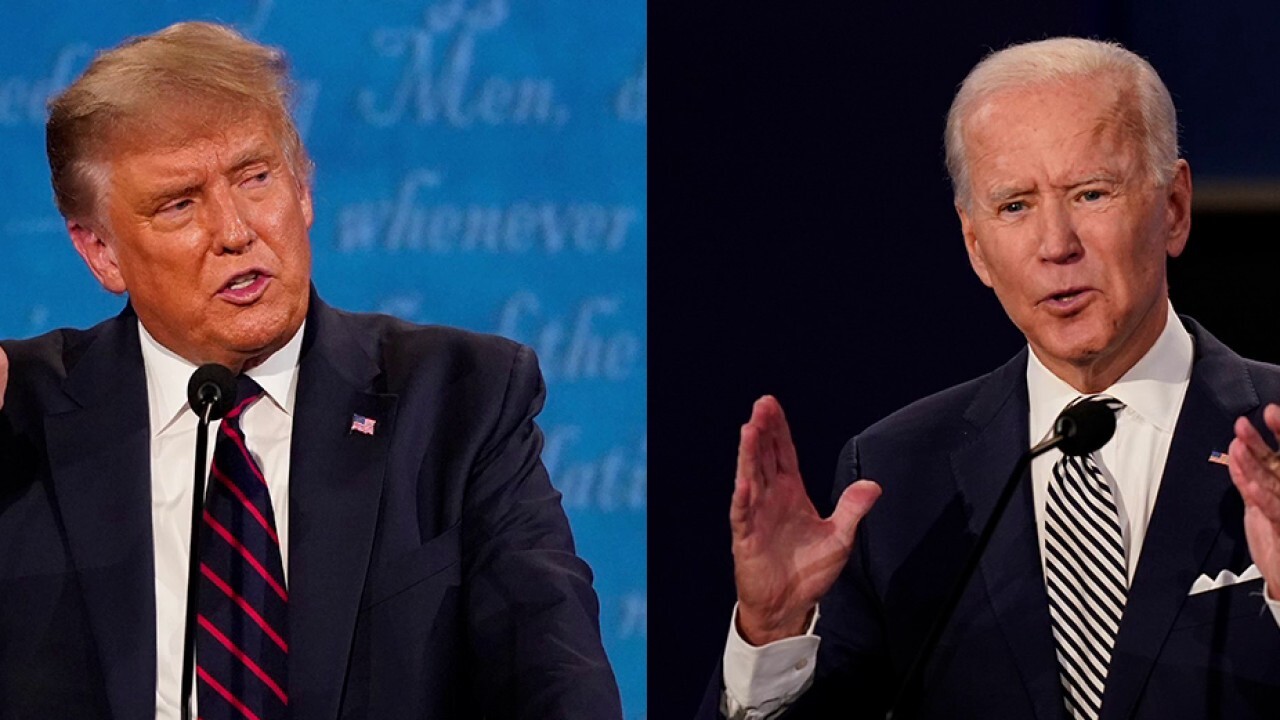 Democratic presidential nominee Joe Biden widened his lead over President Trump in the key general election battlegrounds of Florida and Pennsylvania in the wake of last week’s first debate between the two candidates and the president’s COVID-19 diagnosis, according to new public opinion surveys.

Biden tops the president 51%-40% among likely votes in Florida in a Quinnipiac University poll conducted last Thursday thru Monday (Oct. 1-5). That’s up from a 3-point edge the former vice president held over Trump in the previous Quinnipiac survey in Florida, which was conducted a month ago.

Another Quinnipiac University poll conducted the same dates in Pennsylvania, and also released on Wednesday, indicates Biden leading the president 54%-41% among likely voters. That’s up from an 8-point lead the former vice president held over Trump in Quinnipiac polling in the Keystone State a month ago.

Last week’s first of three scheduled debates between Biden and Trump was plagued by incessant interruptions and insults. President Trump was the larger of the two culprits – according to a Fox News analysis, the president interrupted Biden and moderator Chris Wallace of “Fox News Sunday” a total of 145 times, with the former vice president interrupting Trump and Wallace 67 times.

“Who came out less battered and bruised after the debate debacle? The numbers suggest if it wasn’t a knockout, it was certainly a TKO for Biden,” Quinnipiac polling analyst Tim Malloy highlighted.

The president’s deficits in the Quinnipiac polls in Florida and Pennsylvania are larger than in other recent polling.

An average of the latest public opinion surveys in Florida compiled by Real Clear Politics indicates Biden with a 4.5 point edge over the president. Florida, with 29 electoral votes at stake, is the largest of the traditional battlegrounds. Trump flipped the state from blue to red four years ago, narrowly edging 2016 Democratic presidential nominee Hillary Clinton.

The average of the latest public opinion surveys in Pennsylvania indicates the former vice president with a 7.1 point lead over Trump. Democrats carried the state in presidential elections for a quarter century until Trump captured the state’s 20 electoral votes by a razor thin margin over Clinton, who was narrowly up in the polls on the eve of the election.

Quinnipiac also released a new poll in Iowa that indicates Biden with a 50%-45% advantage over the president among likely voters. An average of all the latest polls shows a closer contest, with Biden holding a 1.4 point edge. Trump won the state – long a battleground – by 9 points in 2016.

In another battleground, a new Marquette Law School poll conducted Wednesday through Sunday (Sept. 30-Oct. 4) and released on Wednesday indicates Biden with a 46%-41% advantage over the president among likely voters.

An average of all the latest polls shows Biden with a 5.5 point lead over the president. Like Pennsylvania, Democrats carried Wisconsin in presidential elections for a quarter century before Trump won the state by a razor thin margin in 2016. Clinton held a 6.4 point lead over Trump in Wisconsin polling on the eve of the election.