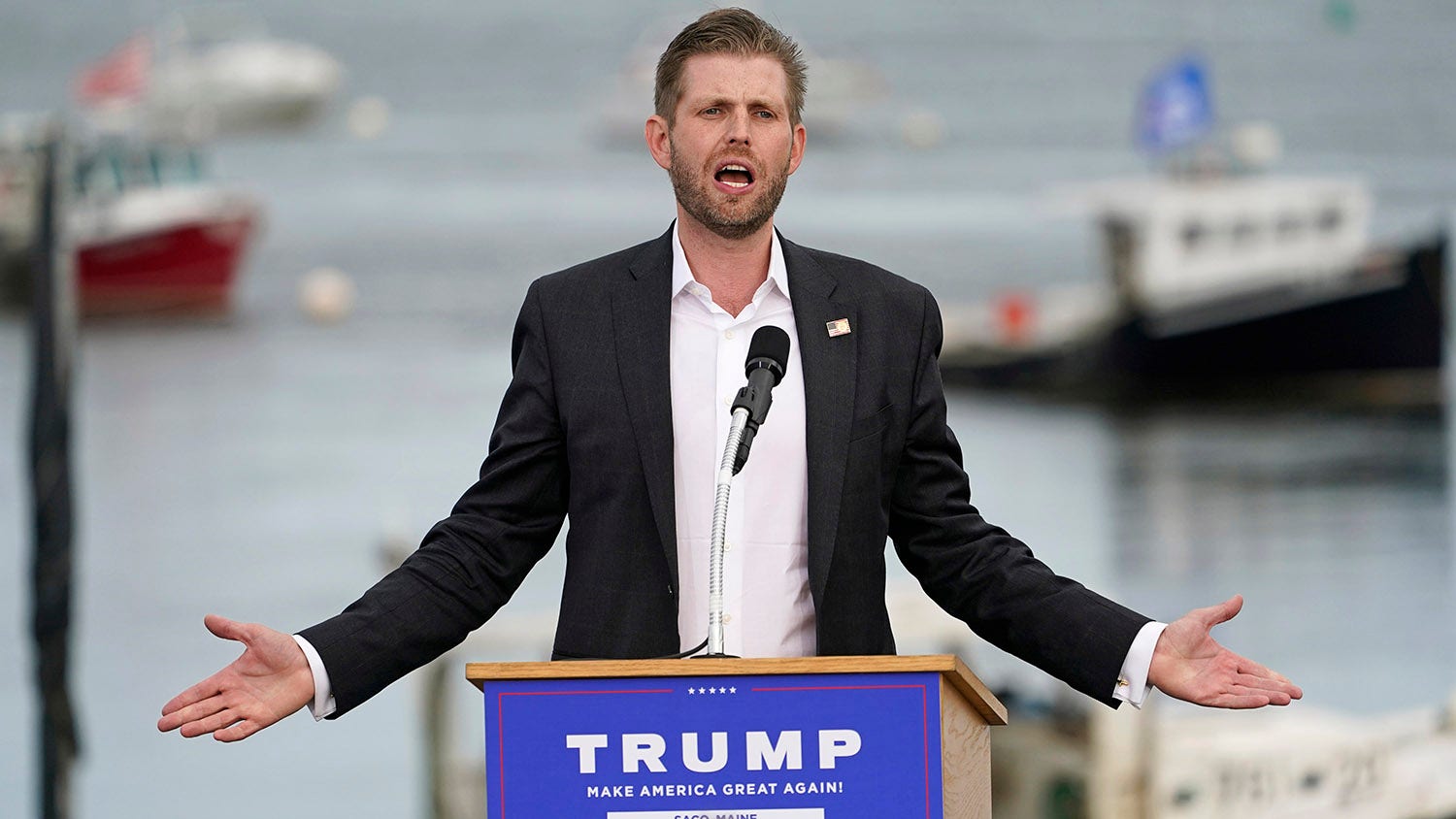 President Trump’s son Eric Trump proposed clear podiums for the next presidential debate to prevent candidates from relying on notes –“the way the real world works,” he said.

During an interview for the “Mark Kaye Show,” Eric Trump knocked Joe Biden for relying too heavily on notes in the previous presidential debate. After Democrats floated the idea of a “mute button” to prevent the president from interjecting during Biden’s allotted time to speak, the younger Trump said the only rule that should change is to prevent candidates from using notes.

“It’s not the way the real world works,” Trump said. “You have to be able to be quick on your feet and you have to actually be able to have a conversation.”

“Stop with this notes nonsense,” he continued.

TRUMP PUSHES BACK AGAINST FUTURE CHANGES TO DEBATES, AS DEMS FLOAT ‘MUTE BUTTON’

Though debate questions are not released in advance, candidates frequently carry notecards onto the stage. President Trump himself has used notes in past debates. In 2016 facing off against Hillary Clinton, the phrases “No boots,” “Predictable,” and “Iran — policies” were scrawled on his notecards.

After the moderator, “Fox News Sunday” anchor Chris Wallace, pleaded with Trump and Biden last Tuesday to follow debate guidelines by allowing  both candidates a chance to speak, the Commission on Presidential Debates (CPD) announced it was considering changes to formatting for the next debates “to ensure a more orderly discussion of the issues.”

Trump sounded off about the potential rule change. “Why would I allow the Debate Commission to change the rules for the second and third Debates when I easily won last time?” he wrote on Twitter.

Wallace said he is not a fan of the idea to shut off candidate microphones, telling the New York Times “even if the president’s microphone had been shut, he still could have continued to interrupt.”

Williamson denied making the request in an interview with Fox News.

But the Trump campaign, on Thursday, claimed the campaign “can’t deny” the request was made.