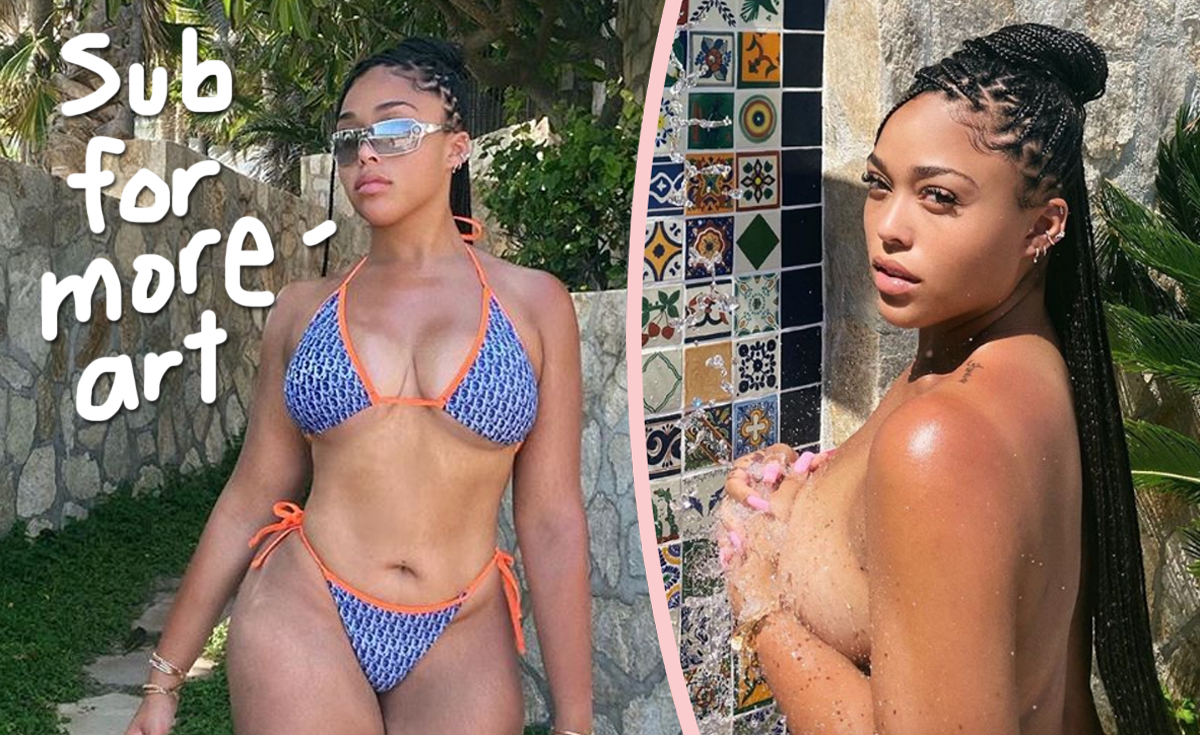 Watch out, adult content creators: a new celeb is hopping on the OnlyFans bandwagon — and it’s none other than Jordyn Woods!

Kylie Jenner’s former bestie sat down with Complex to make the announcement, telling the mag that fans can access her page, where she plans on “creating art” by posting “really edgy, iconic photos” of herself — all for just $20 a month.

The disgraced KUWTK star insisted that she’s not joining the subscription-based adult content site to take away income from sex workers, telling the publication:

“[I’m] not coming on there to take away from anything that [sex workers or anyone on the platform] already built. I just felt like the bigger picture is that it can be a space for people to be on there, to not be judged, and to be authentic to ourselves.”

As you probably recall, former Disney star Bella Thorne got heat for joining the platform back in August after some sketchy antics forced the company to change its rules entirely.

Jordyn says what she’s doing is unique. The 23-year-old is collaborating with photographer Steven Gomillion for her OnlyFans posts, which she promised would be unlike anything she’s ever done before.

“We’re creating art on here; we’re not posting just random selfies. There’s going to be really edgy, iconic photos of me on there, and it felt like OnlyFans was the right platform to launch this project because it’s completely different than anything that I’ve ever done.”

As for the type of content she’ll be sharing, Jordyn didn’t explicitly say how explicit she’ll get — unlike Amber Rose, who promised fans they’d “see everything” on her recently announced OnlyFans page.

The model did, however, give viewers a taste of what’s to come in a teaser shared on her Instagram (below).

Jordyn also made it clear she doesn’t care what the haters will say about her joining the site. Referencing her cataclysmic encounter with Khloé Kardashian’s baby daddy and on-off boyfriend Tristan Thompson, the El Lay native explained:

“I knew that because of everything I’ve gone through, I knew it could be very controversial and I could avoid the controversy. But to me, it’s about the bigger picture and the opportunity that I see is there. I bet it’s going to be shocking to people, but when they understand the bigger picture, I think it’ll all make sense.”

We truly cannot wait to see Jordyn’s vision unfold! What about YOU, Perezcious readers?