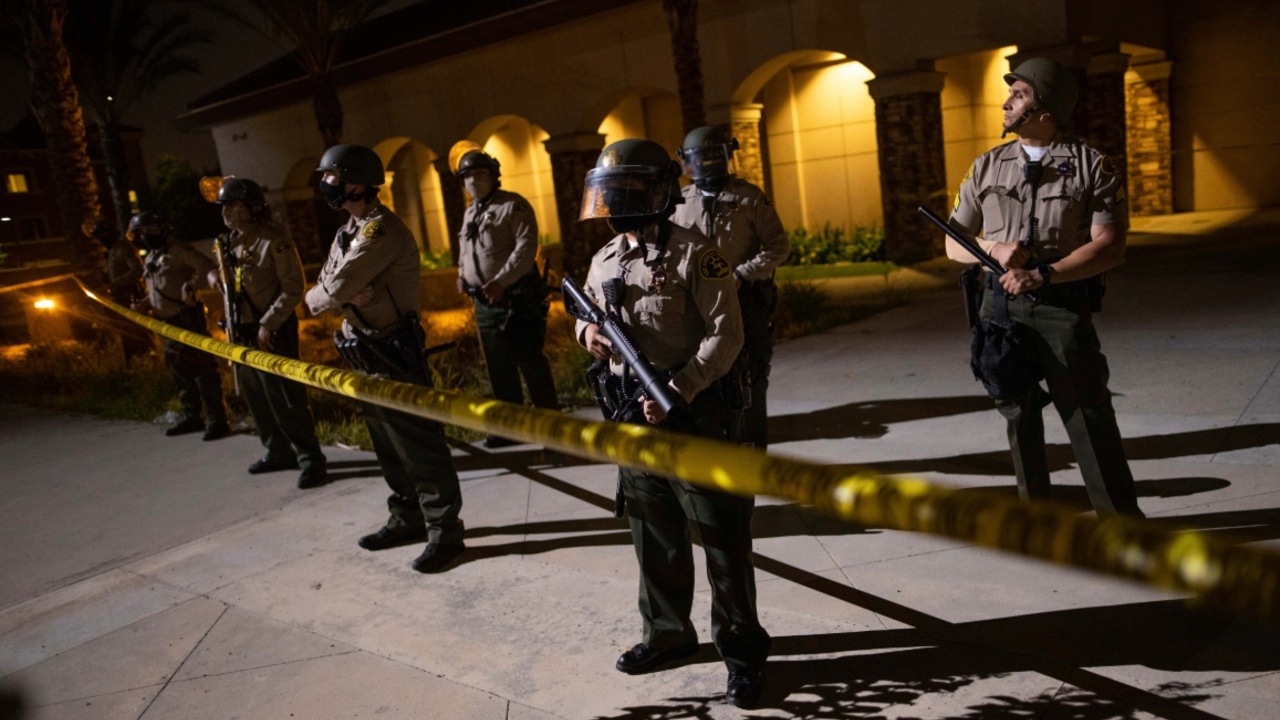 Violent demonstrations in downtown Los Angeles on Monday night caused tens of thousands of dollars in property loss, according to authorities.

“Last night DTLA experienced a spasm of violence,” the Los Angeles Police Department (LAPD) tweeted on Tuesday. “Our people did their very best to quell the violence, and will strive to arrest those responsible for the vandalism and destruction.”

The demonstrations saw dozens of protesters gathered in front of LAPD headquarters near Main and First streets around 9:40 p.m., according to city news service. Officers stood on guard as demonstrators, some carrying umbrellas, tore down barriers outside the building.

The department retweeted a video from Scriberr News that showed some of the protesters allegedly smashing and kicking the front windows of a nearby building before fleeing the area.

Other videos allegedly saw individuals burning the American flag and a nearby building was spray-painted with the message: “kill more cops.”

A type of smoke bomb or device was apparently also set off during the protest, Los Angeles’s KCBS-TV reported.

At least one demonstrator was later captured on video standing in front of a police vehicle in the middle of Spring St. where he allegedly shouted “kill me” and “do it, I fu***** dare you.”

The group would move south through the downtown area, away from police headquarters, and at least one person was arrested, according to the station.

It’s not clear which group organized the protest. Earlier on Monday night, demonstrators had gathered in Glendale, Calif., located about 8 miles north of downtown Los Angeles, to support Armenia amid the Azerbaijan conflict.

On Saturday, protesters blocked a California freeway to bring attention to the conflict between the neighboring nations.

No injuries were immediately reported.