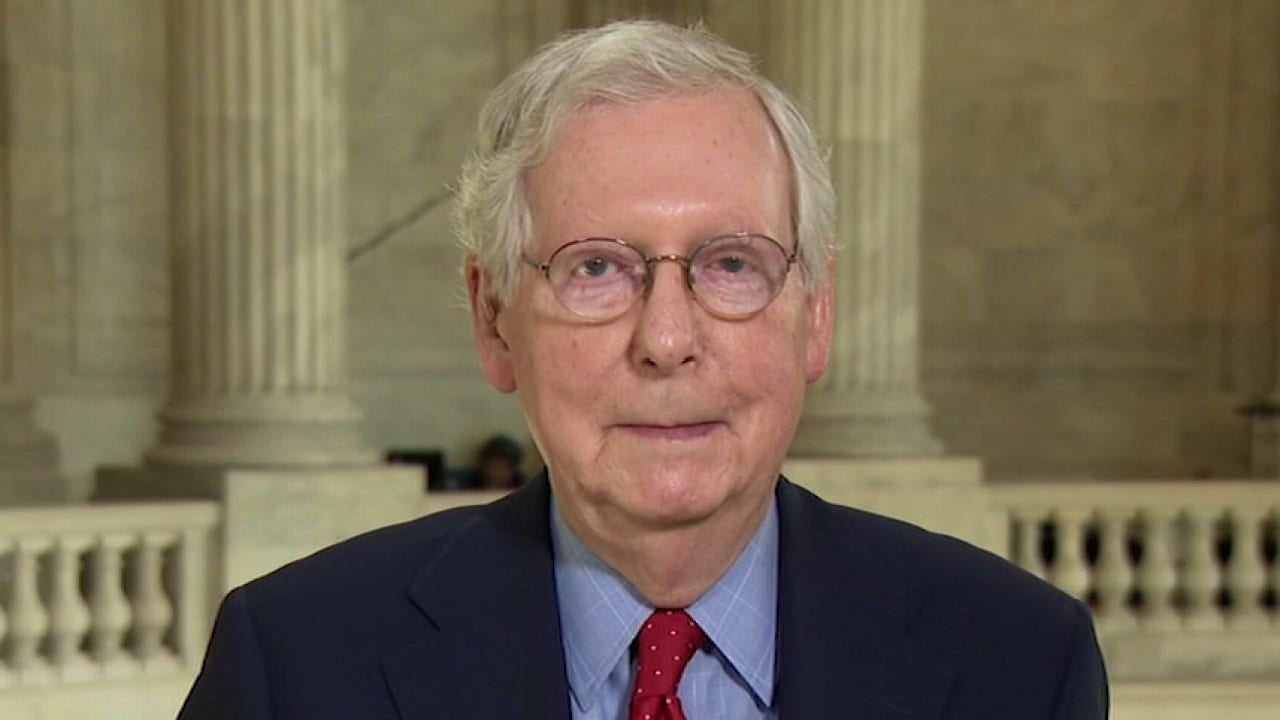 Democrats’ calls to delay the confirmation hearing for Supreme Court nominee Judge Amy Coney Barrett until hearings can be held in person is “just another effort to try to delay the process,” Senate Majority Leader Mitch McConnell told “The Story” Tuesday.

“It’s about time we quit talking about the process and talk about the nominee herself,” he said. “[Barrett’s’ an absolute sterling choice. The president could not have picked a better nominee … Quintessentially American. It’s a great success story.”

McConnell expressed his skepticism of the Democrats’ argument to host Martha MacCallum.

“We’ve been dealing with this since May. All of a sudden, it’s become disabling?” he asked. “This is just another effort to try to delay the process on this outstanding Supreme Court nominee that the president has sent up to the Senate.”

McConnell added that there’s “nothing” he can see preventing Barrett’s confirmation before the election.

“We’ve been operating successfully with masking and social distancing since May,” he said. “We’re going to continue to operate. The American people are entitled to it and that’s what we are going to do.”