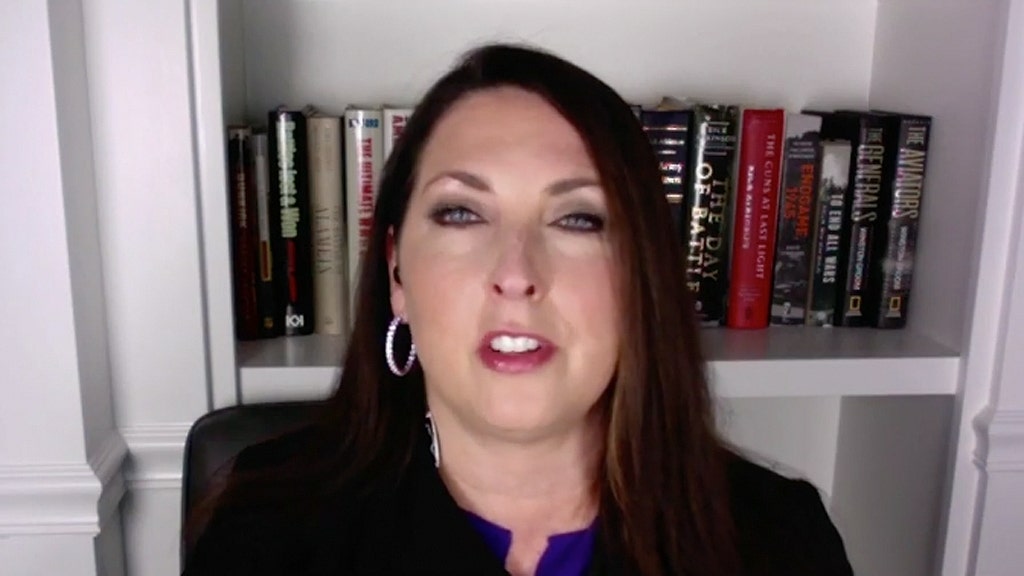 McDaniel, who tested positive for COVID-19 last week, made the comment after learning of Sen. Kamala Harris‘ plans to fiercely attack Vice President Mike Pence’s handling of the novel virus during Wednesday’s debate.

“I think It’s despicable for Democrats to continually try and use the pandemic for political gain and not work with this president in a time of crisis, which usually brings out the best of our country,” McDaniel said, “and it’s bringing out the worst in people like Joe Biden who are more insistent on finger-pointing than problem-solving.”

“Mike Pence can say, ‘We shut down the border, we recognized the threat it was, while Joe Biden was saying, ‘Let’s leave America open,’ while Joe Biden put no plan forward except finger-pointing,” McDaniel said. “The president brought in the private sector, got the PPE and did the 30 days to slow the spread and and got us ventilators. I think it’s been remarkable what this administration has done.”

McDaniel further accused Democrats of “trying to use the pandemic for political gain instead of coming together with this president and saying, ‘How can we be all hands on deck?”‘

As for her own prognosis, McDaniel said she has been “feeling good” and gaining “more energy” as she continues to recover in her Michigan home.

But with the election just weeks away, McDaniel appears to have no plans to slow down.