Petra Kvitova serves up storm to reach 1st SF since 2012

Petra Kvitova serves up storm to reach 1st SF since 2012 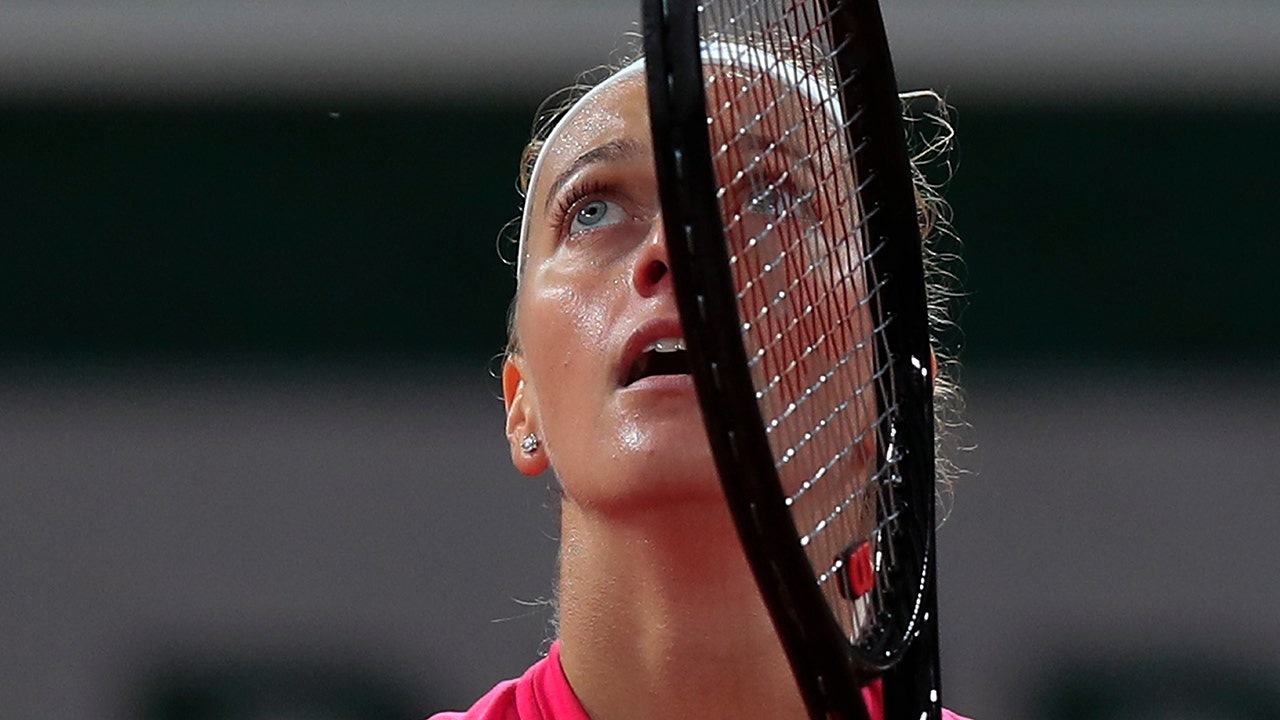 The rain finally held off at the French Open, so Petra Kvitova rained down aces instead.

Six of them, taking her tournament-leading tally to 24, as the two-time Wimbledon champion reached her first semifinal at Roland Garros since 2012 and first at any Grand Slam since her run to the final of the 2019 Australian Open.

On the other end of the seventh-seeded Czech player’s 6-3, 6-3 victory was Laura Siegemund. The first set of the unseeded German’s first Grand Slam quarterfinal flashed by in a blur of left-handed serves that she often couldn’t reach or capitalize on and an array of powerful groundstrokes and feathered volleys she had no answer to.

Kvitova hit all six of her aces in that first set and never faced a break point. She won 93% of the points on her first serve. Her fastest serve was clocked at 168 kph (104 mph). She brought up two set points with another ace and converted the first with a clean forehand winner.

Playing without sleeves or leggings under the pale autumn sun on Court Philippe Chatrier, Kvitova has yet to drop a set on the Paris clay.

The story was unchanged at the start of the second set, with Siegemund broken again in the first game.

But glitches then started creeping into Kvitova’s game.

Back-to-back double-faults in the fourth game from the 30-year-old Czech gave Siegemund her first break point of the match.

Kvitova saved that and two others that followed. But Siegemund earned another with a forehand passing shot that sailed past Kvitova at the net and then leveled the set at 2-2 when Kvitova netted a backhand.

Then followed three erratic games whether neither player was able to hold serve and an altercation between Siegemund and the chair umpire who ruled that she had been too slow to serve.

The 32-year-old Siegemund, the oldest debutant Grand Slam quarterfinalist since Norma Marsh at the 1971 Australian Open, complained of lower-back pain after she was broken in the fifth game of that topsy-turvy set and got treatment from the physio.

In the next game, another double-fault from Kvitova gifted Siegemund a break point that enabled her to level again at 3-3.

But the last three games were all one-way for Kvitova. She broke Siegemund to love in the seventh game, helped by a double-fault that brought up three break points, and then held to love to leave Siegemund facing the pressure of serving at 5-3 to stay in the match. It proved too much for her: She double-faulted on match point.

Kvitova’s semifinal opponent will be an American. She just doesn’t yet know which one of either fourth-seeded Sofia Kenin, the Australian Open champion, or unseeded Danielle Collins.

They were playing in the second match on Chatrier.

Two men’s quarterfinals were to follow: 13th-seeded Andrey Rublev vs. No. 5 Stefanos Tsitsipas, and top-seeded Novak Djokovic against No. 17 Pablo Carreno Busta.