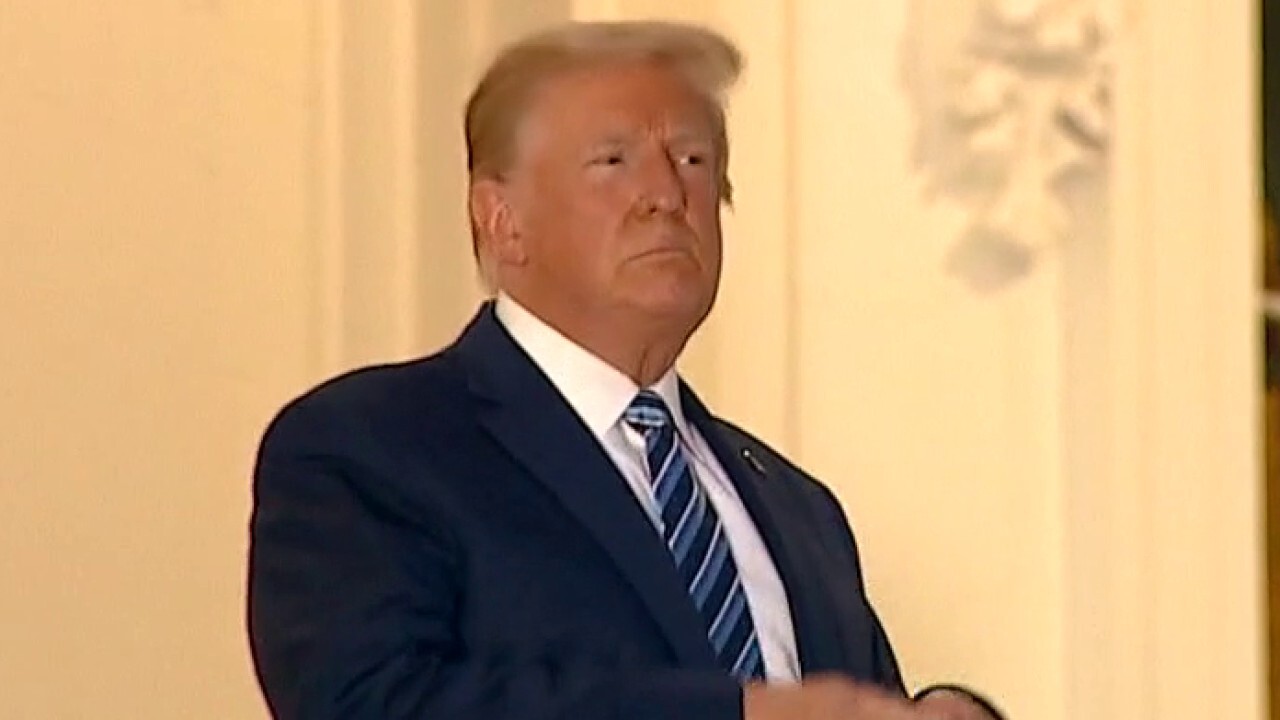 President Trump returned to the Oval Office Wednesday after being released from Walter Reed National Military Medical Center earlier this week, where he had been treated for COVID-19.

Trump announced on Twitter that he was being briefed on Hurricane Delta, and spoke to the governors of Texas and Louisiana.

Trump was hospitalized Friday after testing positive for the virus late Thursday. He was treated over the weekend and returned to the White House on Monday, but did not immediately return to the Oval Office.

A White House official had told Fox News that the Wednesday briefing was also on negotations for a potential economic stimulus. Negotiations over a stimulus package had been ongoing but Trump had shut them down Tuesday night when he accused Democrats of not negotiating in good faith.

Later, he called on House Speaker Nancy Pelosi to agree to a “standalone” bill for $1,200 stimulus checks for every adult.

“I am ready to sign right now. Are you listening Nancy?” he tweeted.

This is a breaking story. Check back for updates.