Richard Fowler: At VP debate, coronavirus should be top issue — Pence must answer for over 210,000 deaths

Richard Fowler: At VP debate, coronavirus should be top issue — Pence must answer for over 210,000 deaths 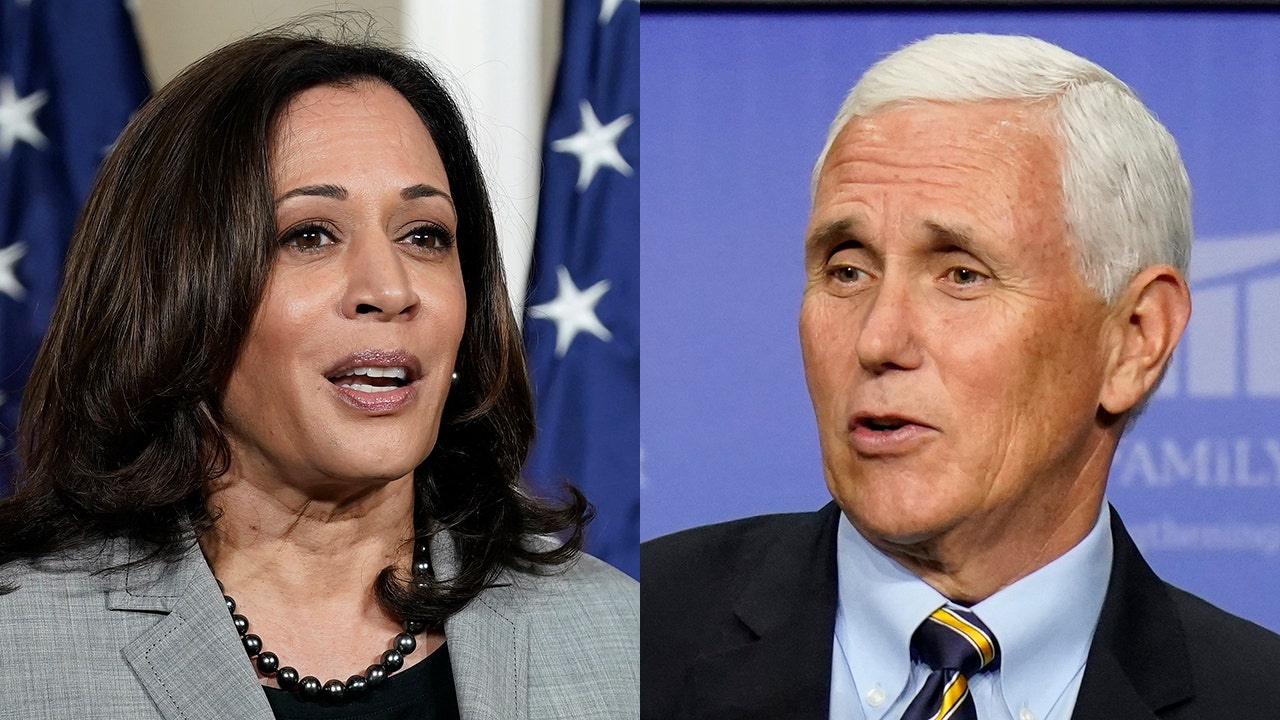 Wednesday night’s vice-presidential debate will take place as America is embroiled in a historic crisis. Our president, first lady and several White House staffers have tested positive for COVID-19. The Joint Chiefs of Staff and other high-ranking military leaders are self-quarantining because of exposure to the deadly coronavirus that’s on the rise in more than 20 states.

More than 210,000 Americans have died and more than 7.4 million people in our country have been infected by the coronavirus, which has killed over 1 million people around the world and sent unemployment soaring in the U.S. and elsewhere.

The pandemic has become the major issue in the presidential election that is already underway. The American people have a right to expect Republican Vice President Mike Pence and Democratic vice-presidential nominee Sen. Kamala Harris of California to discuss how to best respond to this crisis.

Though Harris, Pence and a moderator will be the only people on the debate stage — separated by Plexiglas to guard against the spread of infection — the coronavirus will a silent and invisible participant in the debate.

Despite the horrific U.S. death toll that has left millions of Americans in mourning, millions more people (including President Trump himself) stricken by COVID-19, and millions unemployed and in desperate need of cash, Trump continues to boast that he and Pence have done an absolutely fantastic job of dealing with the killer disease, never doing anything wrong.

And as recently as this week, Trump has falsely claimed COVID-19 is nothing we should fear.

“Don’t be afraid of COVID,” the president said Monday night, shortly after leaving Walter Reed National Military Medical Center, where he was hospitalized for the disease and given sophisticated and experimental treatments available to few people in the world. “Don’t let it dominate your life.”

Regrettably, this White House’s denialism is striking, and Trump’s talking points are a day late and a dollar short, as COVID-19 continues to attack the American people.

Let’s face it, there is no one more skilled to prosecute Trump and Pence’s failed leadership than Kamala Harris.

The U.S. is home to just 4 percent of the global population, but we have experienced 22 percent of the coronavirus deaths worldwide. Calling this a success would be laughable if the tragedy of the Trump administration’s mishandling of the response were not such a serious issue.

.No one is blaming the current occupant of the White House and his team for COVID-19 coming to America’s shores. But a good majority of Americans are looking to the Trump administration for leadership, instruction, guidance and a sound strategy.

The American people will be watching the debate Wednesday night for answers on what our nation should do now about COVID-19, and examining which leadership team will be best to lead our country out of a crisis that has given us more than 29 million unemployed Americans, a struggling airline and tourism industry, a contracting gross domestic product, a crippled stock market, and the outright obliteration of many small businesses that Americans rely on.

In their well-laid-out plan, the Biden-Harris team has committed to increasing our nation’s coronavirus testing capacity, decreasing test-result wait times, proactively supporting small businesses, and working with Congress to pass the necessary stimulus to keep our economy moving — all while prioritizing the health and well-being of all Americans.

The Biden-Harris plan and more will be on full display at Wednesday night’s debate. Both Pence and Harris have had strong, charismatic and measured debate performances in the past and will be equally matched.

Unfortunately for Pence, debate-style will likely be on the back seat, because riding shotgun during this debate will be the COVID-19 global pandemic and the lack of leadership from the White House.

Instead of pivoting to calling for “law-and-order” — a questionable strategy that folks on the Trump campaign have characterized as a winning message for suburban voters — Pence will be forced to answer tough questions, and an even tougher rebuke from Harris on his dismal record as chairman of the White House Coronavirus Task Force. This rebuke will be strong, well-thought out, timely and strategic.

Let’s face it, there is no one more skilled to prosecute Trump and Pence’s failed leadership than Kamala Harris, a former prosecutor, California attorney general and outspoken U.S. senator. With years of experience and a full campaign season of debates under her belt, Harris — the first African American and woman of color to participate in a vice-presidential debate — will be on her “A” game, serving as a  powerful voice in challenging the status quo.

Now, let’s be real. Does Harris have some baggage and challenging questions to answer during the 90-minute debate moderated by USA Today’s Susan Page? Of course.

Like Biden, Harris has some criminal justice blemishes and a few health care flip-flops on her record that she must answer for. But so does Mike Pence.

As a member of Congress from Indiana, then-Rep. Pence didn’t lift a finger on criminal justice reform. But his poor record is nowhere near as bad as Trump’s record, which includes taking out a full-page newspaper ad demanding the death penalty for five young Black men in New York City for a crime they never committed.

On health care, Trump continues to boast about his non-existent health care plan while fighting in court to destroy the very popular Affordable Care Act, known as ObamaCare.

But no matter how much Pence tries to pivot, duck questions and spread false information, the American people will be laser-focused on COVID-19 at his debate with Harris.

Americans are looking for real answers, a realistic strategy and the truth about a national response to the pandemic. They are tired of lies and flip-flops by Trump, Pence and administration allies. They are sickened by watching a COVID-positive president who cares only about himself disregard science and potentially infect innocent Secret Service agents and White House staffers.

And Americans are quite aware that Trump surely spread COVID-19 with his irresponsible insistence on holding packed campaign rallies, a ceremony introducing his Supreme Court nominee at the White House, and other events where social distancing was ignored and few people wore masks. Trump himself was infected because of his failure to observe good public health practices.

Most importantly, while millions of Americans are weary of COVID-19 restrictions, they want a president who will hear their voices, empathize with their pain and uplift our fragile economy.

Presidential elections are about contrast, and at the vice-presidential debate the American people will witness a dramatic contrast.

Instead of the circus they saw last week at the presidential debate when Trump wouldn’t let Biden get out two sentences without interrupting and heckling him, voters want to see decorum. They want to see an honest discussion in the face of the Trump administration’s haphazard mismanagement, misinformation and a cult-like belief in a false sense of reality in dealing with the coronavirus pandemic.

With all of that, it is clear that the Wednesday night debate will likely be the most consequential vice presidential debate in modern American history.