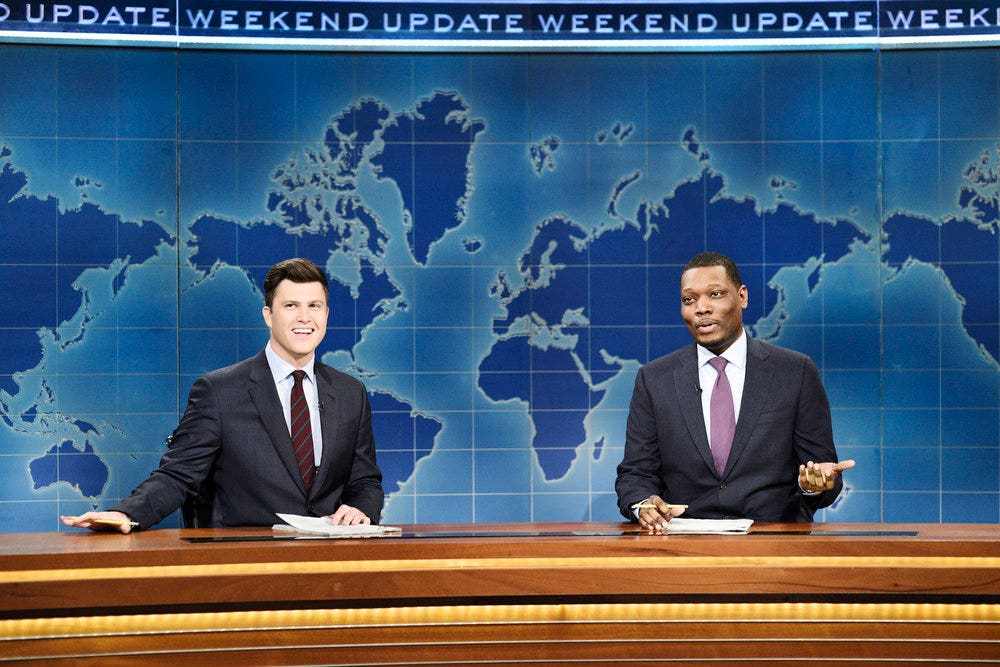 According to the New York Times, the audience members, which included some first responders, received a $150 check on their way out of Rockefeller Center for participating in the show.

New York City has some of the most restrictive coronavirus rules in the country which means that media productions can only have an audience if it’s made up of paid individuals (cast, crew) who “work” for the production company.

The guidelines also indicate that the show can only have an audience that’s 25 percent of its average size and can never be more than 100 people.

Though “SNL” did not share how much audience members were paid, Sean Ludwig told the Times that he, along with seven friends who attended the premiere, each received a $150 check from Universal Television, which is part of NBC’s parent company.

“We had no idea we would be paid before we were handed checks,” Ludwig said. “We were all very pleasantly surprised.” He also added that before entering the building, he had to take a rapid COVID test and sign health paperwork.

Per the Times, state health department spokesman, Jonah Bruno, said that the show had confirmed that they followed the reopening guidance, including selecting audience members through a third-party screening and casting process and compensating them for their time as paid audience members.

While enjoying the show, the “SNL” audience members had to keep their masks on and were placed in small groups (of people they requested tickets with) and each group was socially distanced from the next one.

As NYC allows, the Emmy-winning series plans on broadcasting live each week.

Fox News has reached out to NBC for comment.