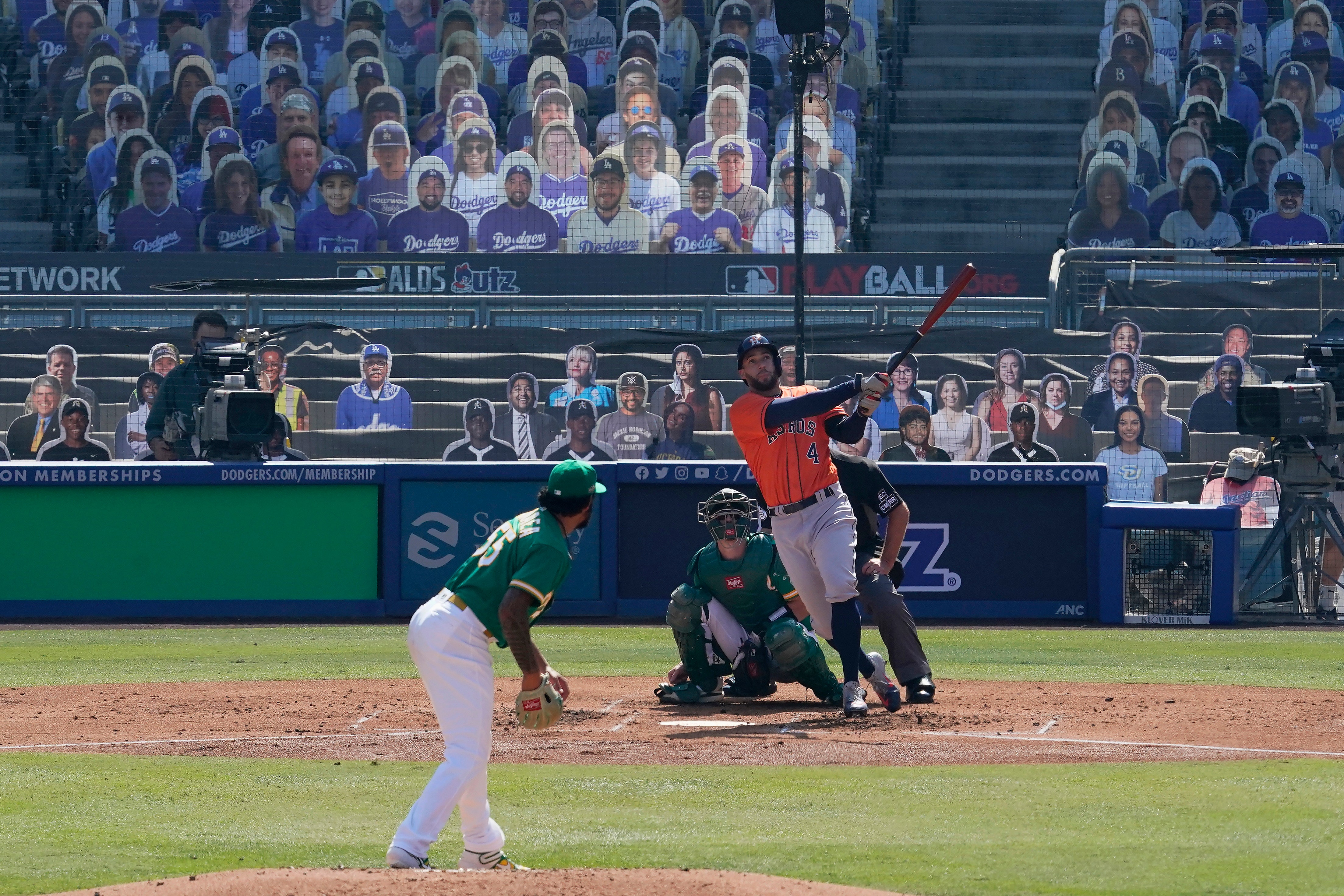 George Springer hit two homers and the Houston Astros kept making more noise in the playoffs, beating the Oakland Athletics 5-2 on Tuesday to take a 2-0 lead in their AL Division Series.

Martin Maldonado also went deep for Houston, which needs one win to reach its fourth straight AL Championship Series. Game 3 in the best-of-five series is Wednesday, when Houston is the home team in the neutral site matchup.

Springer put Houston ahead to stay with a two-run, two-out drive in the third on a second straight 90-degree day at Dodger Stadium.

Maldonado’s solo shot in the fifth chased loser Sean Manaea in his first appearance of this postseason. Yusmeiro Petit came in and promptly gave up Springer’s second homer of the game, extending Houston’s lead to 5-2. Maldonado yelled and raised his right arm in celebration from his seat in the dugout.

Houston improved to 7-3 in Dodger Stadium since that World Series. Current A’s pitcher Mike Fiers last year told of his old team’s sign-stealing scandal used in 2017, a revelation that rocked baseball and drew the still ongoing ire of other players and fans.

Hot, sunny and dry conditions again created an ideal environment for the long ball. The teams combined for five homers, raising the series total to 11.

Enoli Paredes retired the side in the eighth. Ryan Pressly worked around Marcus Semien’s leadoff single in the ninth, Oakland’s only hit past the fourth inning, to finish a six-hitter for the save.

Oakland didn’t have an at-bat with a runner in scoring position.

Oakland got on board in the second with Khris Davis’ second-inning home run, his third of this postseason, put the A’s ahead.

After Springer’s first homer, the Astros extended their lead to 3-1 on Carlos Correa’s RBI groundout in the fourth that scored Michael Brantley, who doubled leading off.

Chad Pinter led off the bottom half with a 453-foot homer to right-center, the longest homer at Dodger Stadium this season.

For the second straight game, Oakland’s starting pitching failed to go deep. Manaea gave up four runs and five hits in 4 2/3 innings. Chris Bassitt didn’t get out of the fourth in Game 1, allowing three runs and nine hits in Wednesday’s defeat.

Correa was 0 for 3 with an RBI and a strikeout after homering twice in Game 1 and becoming the first shortstop in major league history with two multi-homer games in postseason play.

Both teams waited to announce their Game 3 starters.