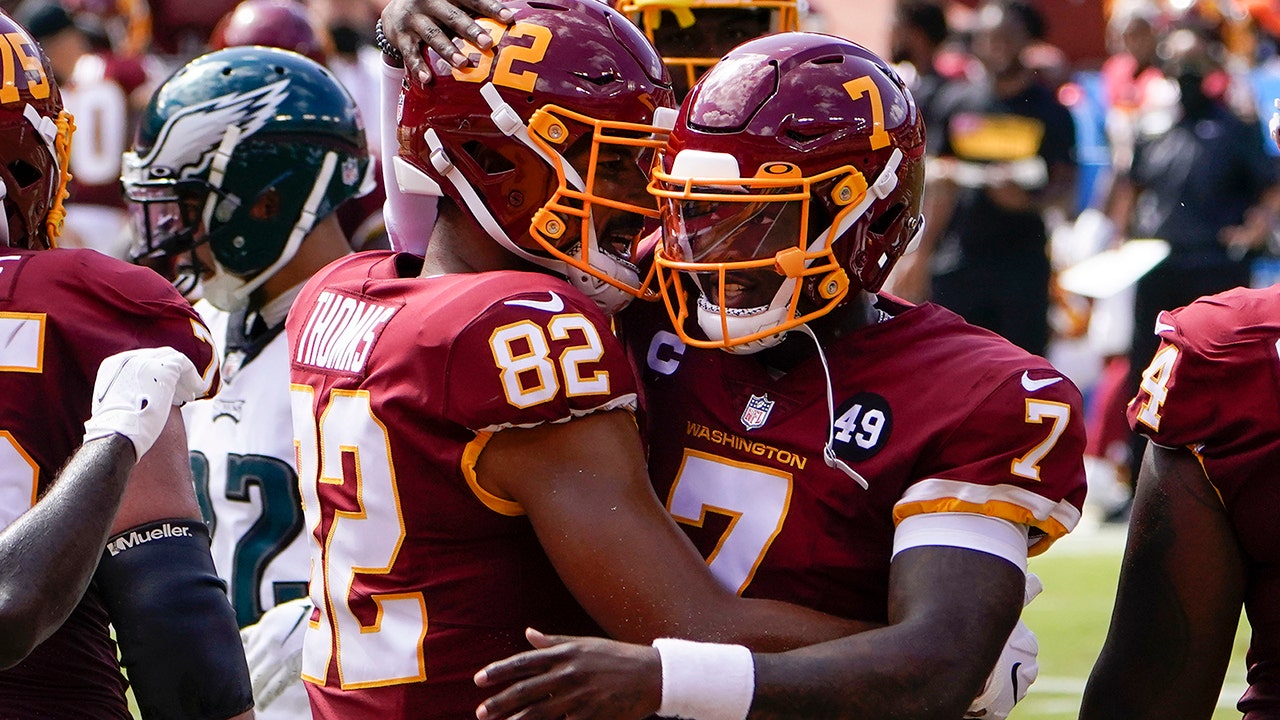 Dwayne Haskins is going from starting quarterback to out of uniform.

Ron Rivera benched Haskins for Washington’s next game Sunday against the Los Angeles Rams and turned to Kyle Allen as the new starter with the team 1-3 and at what the coach believes is a crucial moment of the season. Alex Smith will back up Allen with Haskins inactive after not having enough time to learn a new system in his second year in the NFL.

“I think our best chance to win is putting the ball in somebody else’s hands,” Rivera said Wednesday. “Dwayne needs some more work. He just hasn’t had enough work yet.”

Rivera pulled the plug on Haskins after a third consecutive loss in just his 11th pro start. Washington’s first-year coach defended the 2019 first-round pick for having “an NFL arm” but lamented Haskins not getting enough snaps in offseason workouts, training camp and practice to make him ready for this.

Rivera passed on the opportunity to bring in former Carolina Panthers QB Cam Newton, whom he’d coached for nine seasons dating to his rookie year, preferring to give Haskins an opportunity to keep his starting job. Washington acquired Allen from Carolina instead, and Smith was cleared for full contact 22 months since breaking his right tibia and fibula.

Haskins was made the Week 1 starter, and Rivera saw some of Newton’s qualities in the 2019 first-round pick out of Ohio State. Leading a comeback against Philadelphia after no preseason work in new offensive coordinator Scott Turner’s system was a good start.

It was downhill from there. Haskins completed 72 of 115 passing attempts, threw three touchdowns and three interceptions and was sacked 10 times during Washington’s three game skid.

Overall, Haskins has thrown for 939 yards and has completed 61% of his passes, with four touchdowns and three interceptions.

“He’s got a little bit of a ways to go,” Turner said. “There were mistakes that showed up that were kind of repeat mistakes.”

As a rookie, Haskins had 1,365 yards passing, seven TDs and seven interceptions and completed 58.6% of his throws. Washington went 2-5 in his starts last year.

Rivera was looking for growth from Haskins and didn’t see enough in Sunday’s 31-17 loss to Baltimore. A key play came on fourth-and-goal from the 13-yard line, with Haskins managing only a 5-yard pass to the 8, turning the ball over on downs.

He’ll now look for Allen to make those plays. The 24-year-old took over under Rivera in Carolina last season when Newton was injured. Allen only has slightly more experience than Haskins: 13 pro starts and 15 appearances in which he has thrown for 19 TDs and 16 INTs.

Smith, 36, will be active for the first time since his gruesome injury Nov. 18, 2020. After undergoing 17 surgeries to repair the broken bones and surviving a life-threatening infection, Smith is now one injury to Allen away from completing a remarkable comeback.

Rivera is confident putting Smith into a game because doctors have said it’s safe.

“We feel good about Alex’s progression physically,” Turner said. “This is the next step with him.”