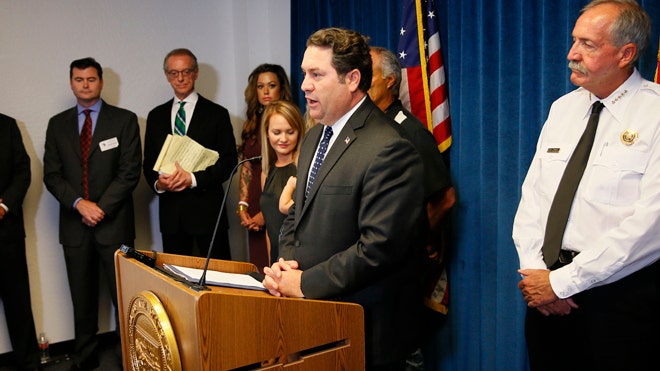 Arizona Attorney General Mark Brnovich is pushing back against a recent ruling that extends voter registration in his state until Oct. 23.

The Copper State’s early-voter ballots were sent out on Wednesday, and for the past three decades, Arizona’s registration deadline has been 29 days prior to the November election.

“We want everyone to follow the law regardless of who they are, and we don’t want a judge coming in at the last minute and changing our election procedures,” Brnovich told FOX 10 Phoenix on Wednesday.

That ruling came in a suit brought by organizations Arizona Coalition for Change and Mi Familia Vota, who complained that Latino communities have had lower voter registration rates due to the impact of the COVID-19 pandemic.

“It is such an important issue, and we don’t want to throw our elections into confusion and chaos,” said Brnovich, also a Republican. “We want everyone out there, whether Republican, Democrat, Green Party, whatever, to go out and vote and we don’t want people to be confused.”

He said that the goal is to make the process simpler for Arizonans.

A judge in the 9th Circuit Court of Appeals has reportedly already denied an emergency motion for an administrative stay of the court order filed by the Republican National Committee and the Republican Senatorial Committee.

“We want to resolve this issue,” Brnovich said. “We want to make sure that people are safe and secure and they know what the rules are when they go in to cast their ballots on Election Day or if they are voting by mail.”