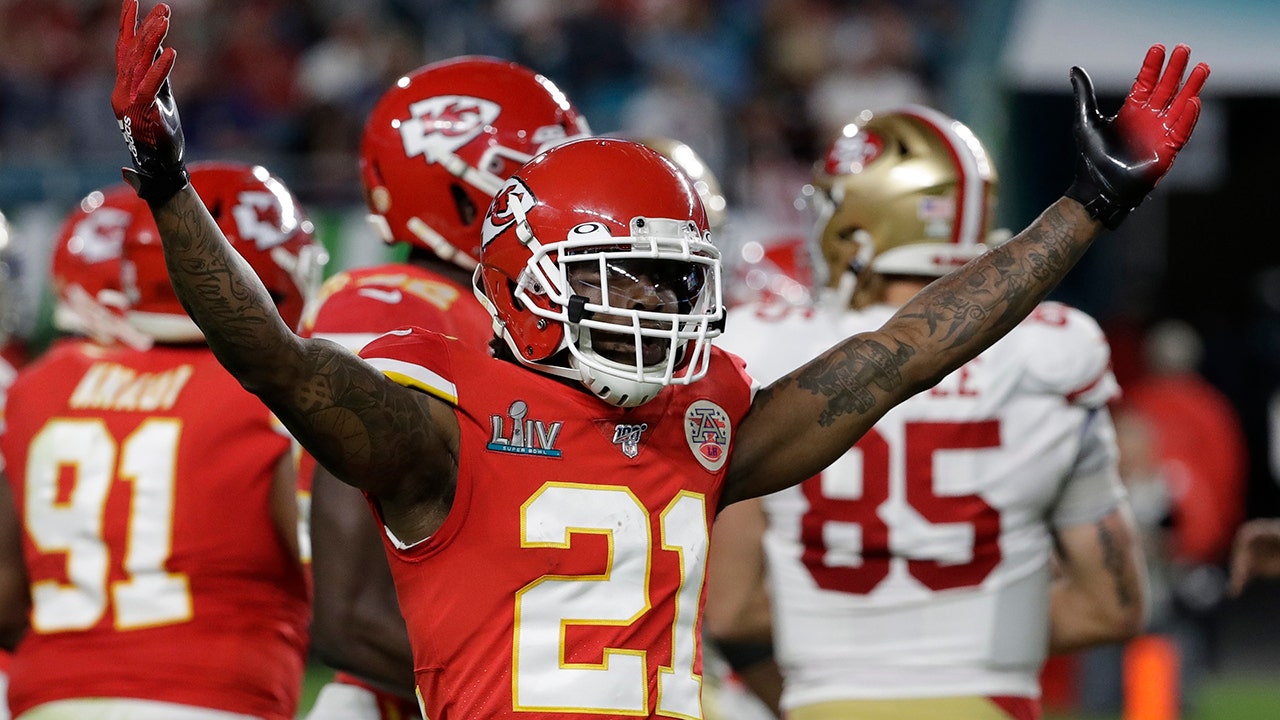 The Chiefs began the season eagerly awaiting the return of Bashaud Breeland, the veteran cornerback so instrumental in slowing down the San Francisco 49ers and helping Kansas City win its first Super Bowl in 50 years in February.

Now that Breeland served his four-game suspension, though, there is no guarantee he will even start.

Defensive coordinator Steve Spagnuolo said Thursday that the Chiefs are slowly working Breeland back into the mix, but that he remains comfortable with the cornerbacks that already have helped them to a 4-0 start. That includes Charvarius Ward, who has played through a fractured hand, and Rashad Fenton, a 2019 sixth-round pick who’s flourished after a move from nickelback to the outside that was needed when L’Jarius Sneed broke his collarbone.

Spagnuolo has good reason. The Chiefs have the sixth-rated pass defense in the NFL through the first four weeks, despite Breeland’s suspension and injuries to Ward and Sneed that have forced Spagnuolo to use different rotations.

It helps that the Chiefs have been fortunate when it comes to opposing quarterbacks.

After slowing down the Texans’ Deshaun Watson in their season opener, the Chiefs caught a break when the Chargers’ Tyrod Taylor was hurt in pregame warmups and rookie Justin Herbert made his first career start.

Then, after holding the Ravens’ Lamar Jackson to just 15 for 28 for 97 yards passing, Cam Newton tested positive for COVID-19, forcing the Patriots to go with journeyman Brian Hoyer and untested youngster Jarrett Stidham last Monday night.

Up next is the Raiders’ Derek Carr, who has struggled mightily just about every time he’s visited Arrowhead Stadium.

Especially now that Breeland is back in the mix in the secondary.

“He brings a lot of energy back,” Fenton said. “You know, he’s another vet along with the Honey Badger” — that would be Tyrann Mathieu — “and Dan (Sorensen) on the defensive court. It’s great because I’m a cornerback, so he brings the years into the DB room. It’s great to have him back. The whole team loves him.”

The fact that he still has the support of his teammates is noteworthy. Breeland put them in a considerable bind in April, when he was arrested on multiple charges that included resisting arrest, having alcohol in a motor vehicle and possessing marijuana. He already was facing a suspension for a failed drug test prior to the arrest, so it merely sealed the deal on a four-game suspension. Breeland pleaded guilty last week and received a fine and 30-day suspended jail sentence.

The legal troubles out of the way and the suspension lifted, Breeland was finally back on the practice field this week.

“He should certainly get reps out there,” Spagnuolo said. “There’s a lot of moving parts even during the week, guys with injuries and getting reps. We only get so many this time of year. We do more walk-throughs than anything else. We want to get Breeland up to speed, but we want to keep getting the other guys work.”