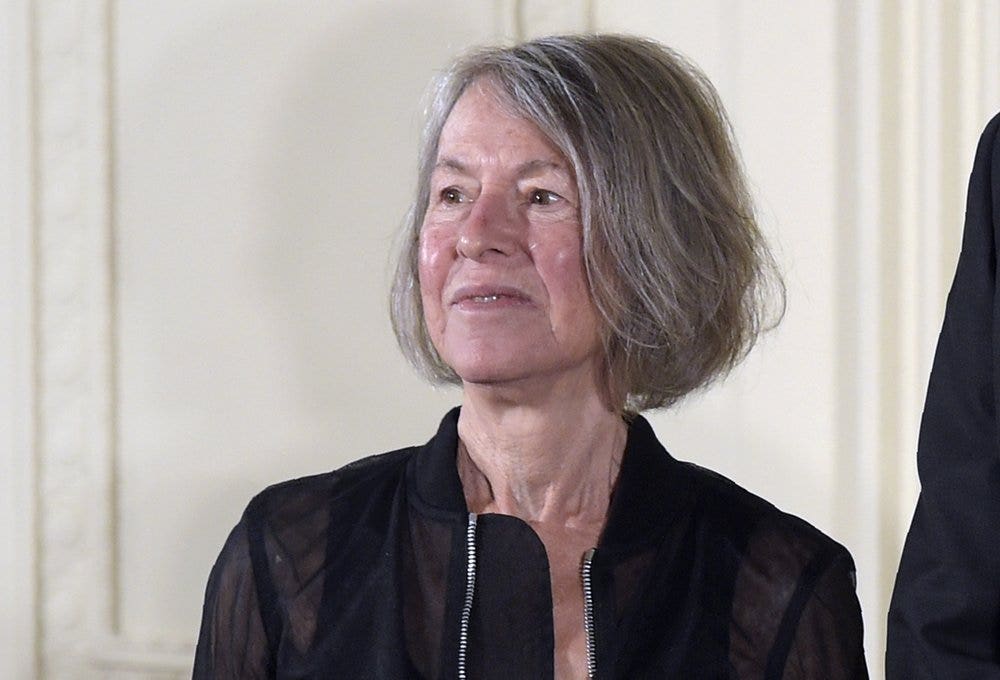 American poet Louise Glück won the Nobel Prize in Literature on Thursday for her “candid and uncompromising” work – she’s the first American woman to win the major award in 27 years.

She joins a handful of American poets who have received the prize, which has been dominated by novelists since the first award in 1901.

She is also one of the few women honored — the 16th female Nobel Literature laureate. Glück is the first American woman since Toni Morrison took the prize in 1993.

Her poetry looks unflinchingly and with biting humor at loss and trauma, especially in family life.

The Nobel Committee praised Glück “for her unmistakable poetic voice that with austere beauty makes individual existence universal” in its citation.

Anders Olsson, chairman of the Nobel literature committee, said Glück’s 12 collections of poetry were “characterized by striving for clarity.”

Olsson said her verses, which often draw on classical Greek and Roman myths, were marked by an “austere but also playful intelligence and a refined sense of composition.”

New York-born Glück, 77, who is a faculty member at Yale University, made her debut in 1968 with “Firstborn,” and “was soon acclaimed as one of the most prominent poets in American contemporary literature,” the committee said.

Raised in a family with Hungarian Jewish origins, Glück has spoken of how a teenage struggle with anorexia, and the therapy she received for it, influenced her incisive writing.

“Louise Glück’s voice is unmistakable. It is candid and uncompromising, and it signals that this poet wants to be understood. But it is also voice full of humor and biting wit,” Olsson said. “This is a great resource when Glück treats one of our great topics, radical change, where the leap forward is made from a deep sense of loss.”

Nobel laureates receive a 10 million kronor (more than $1.1 million) prize and are usually feted at a banquet in December, but the event was canceled this year because of the coronavirus pandemic. This year’s winners will be invited to attend in 2021.

The American humanities has been in a downward trend over a decade in the world body.

In 2008, the then permanent secretary of the Swedish Academy Horace Engdahl said that U.S. writers were “too sensitive to trends in their own mass culture.”

“The U.S. is too isolated, too insular. They don’t translate enough and don’t really participate in the big dialogue of literature,” Engdahl said at the time. “That ignorance is restraining. Of course there is powerful literature in all big cultures, but you can’t get away from the fact that Europe still is the center of the literary world … not the United States.”

In a 2012 interview with the Academy of Achievement, Glück noted that “worldly honor makes existence in the world easier” but said the true goal as an artist was “not capable of being had in my lifetime.”

“I want to live after I die, in that ancient way,” she said. “And there’s no way of knowing whether that will happen, and there will be no knowing, no matter how many blue ribbons have been plastered to my corpse.”