Florida teacher goes viral with tearful video about pressures of online teaching: ‘I am at my breaking point’

Florida teacher goes viral with tearful video about pressures of online teaching: ‘I am at my breaking point’ 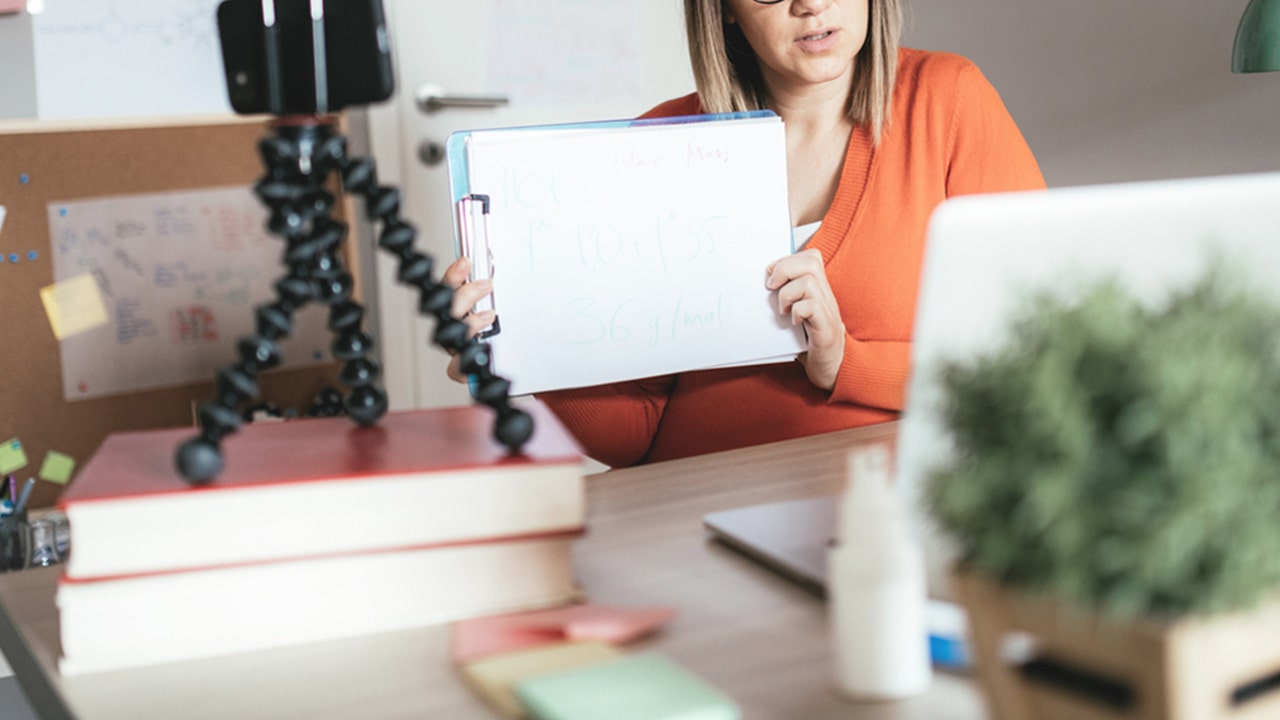 A Florida teacher has gone viral after she shared her concerns about teaching online in an open letter, along with a teary video to her school district last month.

REMOTE LEARNING: HOW PARENTS CAN KEEP CHILDREN FOCUSED AND ENGAGED THIS SCHOOL YEAR

Terry Kinder, a seventh grade civics teacher in Bellview, explained how she, and many other teachers are breaking under the pressures of teaching online while also having to give standardized tests to her students, despite technology limitations.

“I am tired. I am at my breaking point. All of us feel like we are drowning under the weight of the expectations for online learning,” Kinder wrote in the letter.

Kinder, who has been teaching for six years, Good Morning America reported, was initially hopeful about the teaching format when schools were forced to close in March because of the pandemic. However, the online teaching is “not working like you thought it would,” she writes.

Though many of the technology issues were with using Microsoft Teams, instead of Zoom, Kinder writes, the district has since switched over to Zoom, GMA reported.

That has not changed the pressures the teachers are facing with this online format, however.

“Each day seems to get worse and more complex. With another level of insane expectations placed upon me each day. I will eventually crack under this pressure. I will eventually say I cannot take it and quit. I am not alone. Hundreds of other teachers within this district feel the same way. We can’t endure this for long,” she said at the time in her post.

Students are still not all accelerating with the e-learning format and Kinder, who works at a Title 1 school, meaning a large percentage of the student body comes from low-income families, fears some are getting left behind.

“My students, a significant amount of them are failing, and it’s 80 students with an F out of 150. Normally, it’s maybe four, and that’s the largest number of failing students,” Kinder said to GMA, adding that this statistic has improved.

She is also frustrated with the expectation of teachers having to administer standardized testing in an uncontrolled environment — especially when some students are unable to use their cameras due to technical issues.

Beyond technology, Kinder said in her moving video that her students who are remote learning are often unable to sit still for even 10 minutes, and are sometimes babysitting younger siblings, or being taken away to run errands with parents – all activities that have made her teaching to an entire class harder.

“Parents yelling at students, babies crying, toddlers running around the camera and typing gibberish in the chat boxes. Students watching Netflix, eating, drinking, wrestling, rolling around with their animals, and chasing their siblings,” she wrote. “This is not a classroom. This is a nightmare.”

Clearly the emotional message struck a chord. She told Good Morning America other teachers had reached out to her to share their own frustrations, as well as the Marion County Public School District for which she works as a teacher at Bellview Middle School.

According to the report, Kinder has been invited to be part of the district’s technology task force aimed at helping the online learning format to be more seamless for teachers and students.