Harris says she is a person of faith, ‘insulting’ to suggest she would knock anyone for religion

Harris says she is a person of faith, ‘insulting’ to suggest she would knock anyone for religion 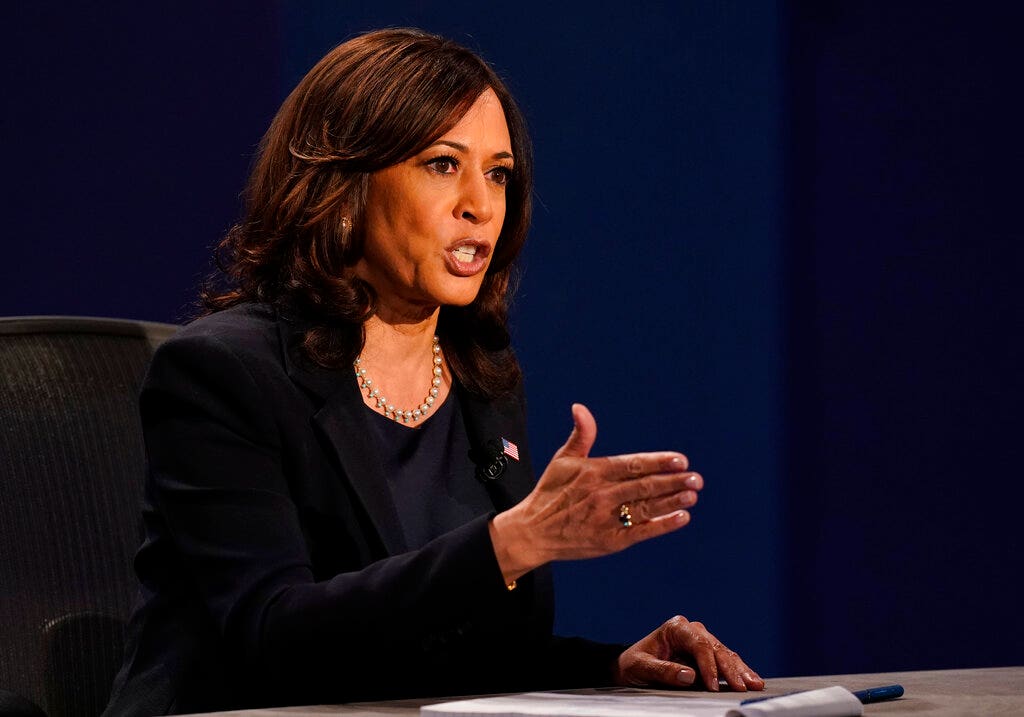 Sen. Kamala Harris invoked her faith during the vice presidential debate to insist that Judge Amy Coney Barrett would be treated fairly on account of her faith during her upcoming confirmation hearings.

“Joe Biden and I are both people of faith and it’s insulting to suggest that we would knock anyone for their faith,” Harris told Vice President Mike Pence.

Her comments came after the vice president lamented Democrats who have raised questions about Barrett’s Catholicism.

“We particularly hope that we don’t see the kind of attacks on her Christian faith that we saw before,” Pence said, referring to questions about Barrett’s faith that arose during her appointment to a circuit court.

Harris was raised in a Hindi and Christian household. Her husband, Douglas Emhoff, is Jewish. Biden is Catholic, and Harris boasted that he would be the second Catholic president to take office.

Barrett, Trump’s nominee to the open Supreme Court seat, faced scrutiny over her faith by Democrats in 2017 when she was appointed to the 7th Circuit Court of Appeals.

“Why is it that so many of us on this side have this very uncomfortable feeling that dogma and law are two different things, and I think whatever a religion is, it has its own dogma. The law is totally different,” Sen. Dianne Feinstein, D-Calif., told Barrett, a Notre Dame law professor. “And I think in your case, professor, when you read your speeches, the conclusion one draws is that the dogma lives loudly within you. And that’s of concern.”

CATHOLIC LEADER ACCUSES HARRIS OF BEING ‘RINGLEADER OF ANTI-CATHOLIC BULLYING’

Ashley McGuire, a senior fellow at The Catholic Association, accused Harris of being the “ringleader of anti-Catholic bullying,” pointing to Harris’ treatment alongside Sen. Mazie Hirono, D-Hawaii, of U.S. District Court nominee Brian Buescher. The pair questioned whether he was fit for the seat because he is a member of the Knights of Columbus, a Catholic charitable organization.

Harris, a member of the Senate Judiciary Committee, asked the Nebraska lawyer whether he knew Knights of Columbus “opposed a woman’s right to choose” and were against “marriage equality” when he chose to become a part of the organization.

Buescher responded that his involvement in the group consisted mostly of charitable work and community events at his local Catholic parish. He indicated he would abide by judicial precedent regarding abortion.