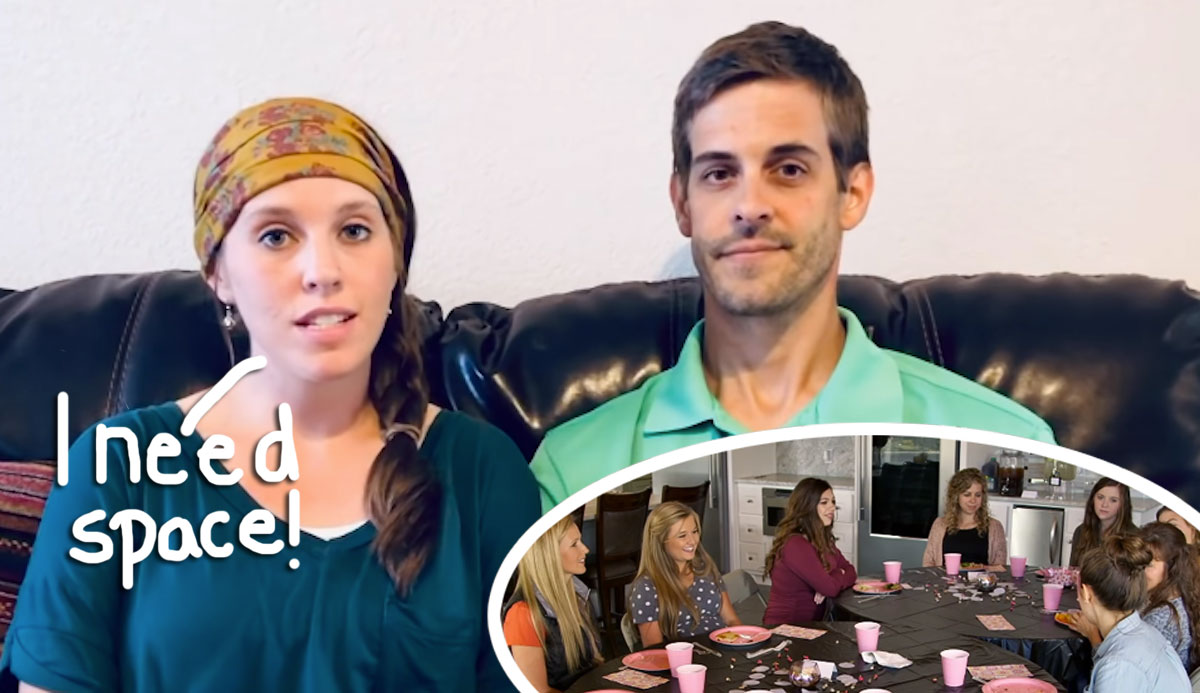 Jill Duggar is spilling the tea on her family!

In a new YouTube Q&A style video with husband Derick Dillard, the fourth oldest Duggar sibling explained how she is “not on the best terms” with her expansive fam, and how they are “working through it.”

Who would have thought??

The momma of two hinted at tensions, admitting:

“There’s been some distancing there. We’re not on the best terms with some of my family. We’ve had some disagreements and stuff, but we’re working towards healing definitely and restoration. But we’re having to kind of just take some time and heal.”

Noting it’s been “difficult” as they continue “working through it,” she didn’t get into the exact details of their rift, but does believe it’s God’s plan:

“We’re doing what’s best for our family right now and just working through it, I guess. We are praying and trusting God that like the timeline is his and what that looks like and everything. So we definitely appreciate your prayers, and we don’t want to go into detail.”

As you’ll recall, the couple exited their TLC spin-off series Counting On in 2017 after Dillard received backlash over controversial tweets about transgender reality star Jazz Jennings. At the time, the network stated they “had no plans” to work with him in the future. The irony of it all being that Counting On was created after 19 Kids and Counting was canceled because of the Josh Duggar molestation scandal… but we digress.

The couple did address their departure in the new video, but not the controversy surrounding it:

“We left the show three years ago because basically our family goals that we had for ourselves didn’t align with what we found out. We ended up finding out that we didn’t have as much control over our lives as it related to the show and stuff as we felt like we needed. We had to make a decision at that time to kind of put the show aside just to pursue our own goals.”

“It was a good decision for us. It was a really difficult decision, but something that we knew we needed to do for our family.”

At this time, Derick does not plan to return to reality TV anytime soon, at least not “under the circumstances that we were under at the time that we left,” he shared:

“Meaning, just as a family, we have to be able to make decisions that allow us to navigate our lives and have the information and control so that we know whether or not we can even plan anything.”

And Jill totally agreed with her husband:

“Right now we have no plans to join back into the how or anything. We don’t regret leaving the show. We feel like it was the best thing for our family.”

Whatever works for them, right?! Watch more from the parents of two (below):