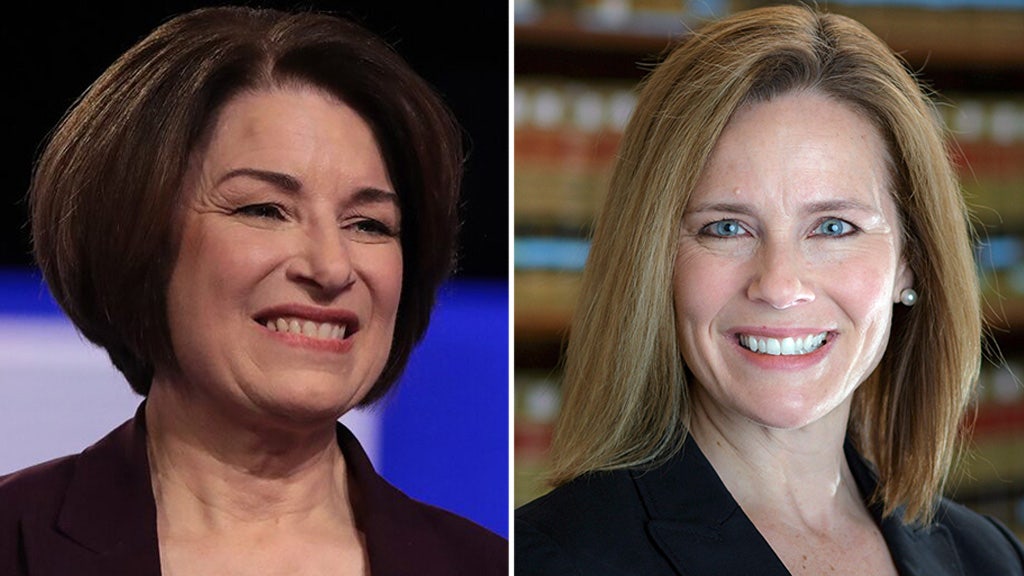 Sen. Amy Klobuchar, D-Minn., has come out against holding a remote confirmation hearing for Supreme Court nominee Amy Coney Barrett due to the ongoing coronavirus pandemic, depite helping pave the way for an appeals court nominee to be vetted remotely in the spring of last year.

“Thank you for being willing to do a hybrid hearing like we’re seeing today,” she had said to Judiciary Committee Chairman Sen. Lindsey Graham, R-S.C., on May 6, as she participated in a remote confirmation hearing of Judge Justin Walker for the D.C. Appeals Circuit.

“I’m glad we’re seeing senators there as well as remotely,” she added.

Klobuchar and other Democrats are now on record pushing for the Barrett hearings to be postponed until they can be held in person, given reports of a spike in coronavirus cases. However, during an interview with Chris Wallace on “Fox News Sunday,” she was challenged on the flip-flop but continued to defend her position.

“The fact is that you can hold hearings in different ways,” Wallace said. “In fact, last May, when [Lindsey Graham] held a virtual hearing, you very much praised him and thanked him for doing that. So you could hold a hearing for Judge Barrett. Which raises the question again — Are you trying to use the fact that there has been this outbreak… to try to block a nomination that you frankly oppose fiercely.”

Klobuchar replied, “Absolutely not. This is for the highest court of the land. And, yes we have had virtual hearings. I helped to put them together. It’s important to give senators that option. But you want to be able to go back and forth with this nominee.”

Wallace then pointed out that he and Klobuchar were conducting their own interview virtually without any trouble and asked once again if Democrats’ motives are purely political.

“Again, we believe you should have an in-person hearing,” she added. “That doesn’t mean the virtual option wouldn’t be available, but why would you ram — I guess I’d turn the question around here, even though you get to ask the questions — Why would you ram this through when we don’t even have a COVID package done to make sure that people have health care.”