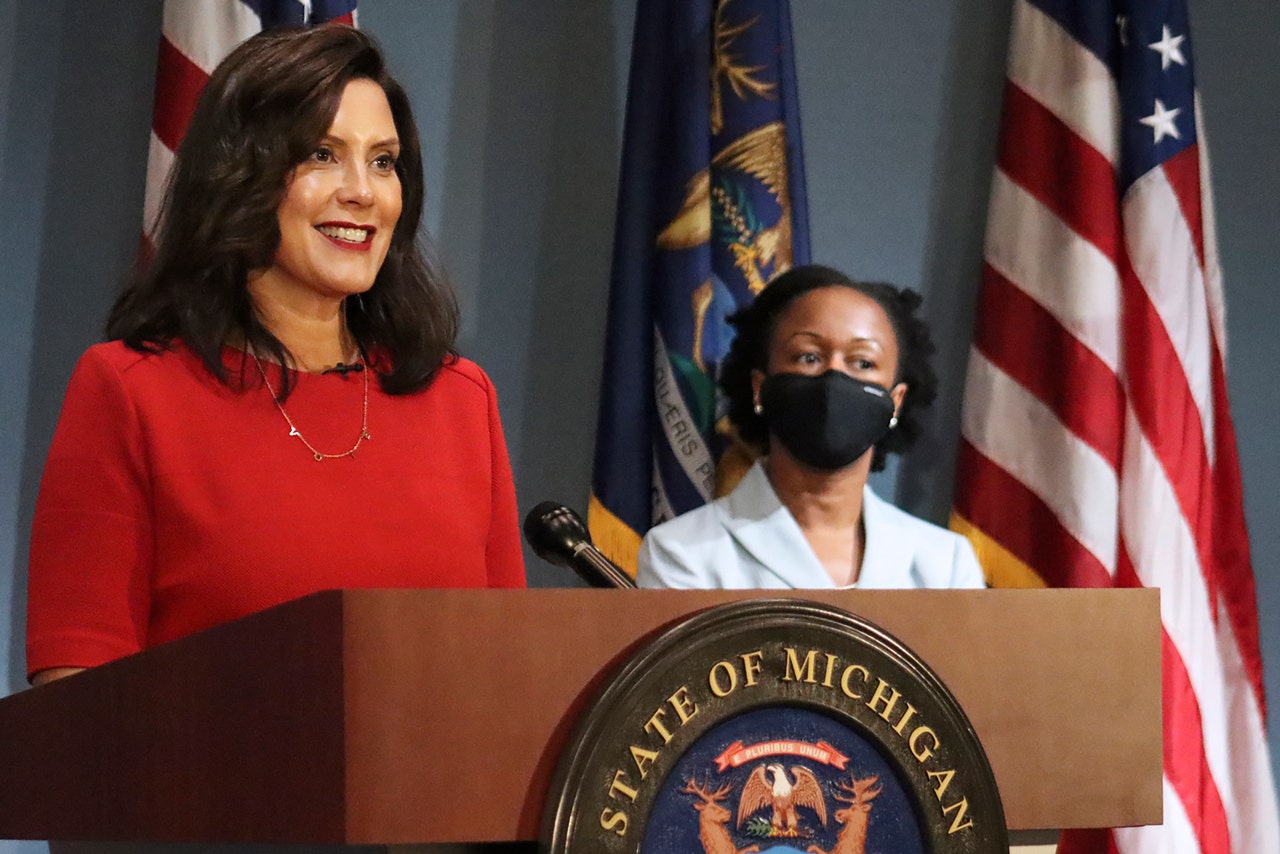 Michigan Gov. Gretchen Whitmer accused President Trump on Thursday of providing a “rallying cry” to hate groups after the FBI uncovered a plot by individuals connected to an anti-government militia to abduct her ahead of the presidential election.

In her first public comments on the plot, Whitmer thanked the FBI, Michigan attorney general Dana Nessel and state police for “bringing these sick and depraved men to justice.” She argued that Trump has provided tacit support to radical groups by refusing to condemn White supremacy, referencing the president’s comment during last week’s debate that the Proud Boys, a far-right group unaffiliated with the kidnapping plot, should ‘stand back and stand by.’”

“Just last week, the president of the United States stood before the American people and refused to condemn white supremacists and hate groups like these two Michigan militia groups,” Whitmer said at a press conference. “‘Stand back and stand by,” he told them. Stand back and stand by. Hate groups heard the president’s words not as a rebuke but as a rallying cry, as a call to action.”

A total of 13 men face federal and state charges in connection to the plot to allegedly target Whitmer, local police and the state Capitol. The FBI said the six men charged in federal court had spent months planning and rehearsing a kidnapping in response to Whitmer’s response to the coronavirus pandemic.

The six men had consulted and trained with a militia group and conducted rehearsals for the kidnapping as recently as last month, according to an FBI affidavit. Four of the individuals had planned to acquire explosives.

One of the men said Whitmer had “no checks and balances at all” and “uncontrolled power” in Michigan, according to the FBI.

“Let me say this loud and clear: hatred, bigotry and violence have no place in the great state of Michigan,” Whitmer added. “If you break the law and conspire to commit heinous acts of violence against anyone, we will find you, we will hold you accountable and we will bring you to justice.”

Trump faced widespread criticism over his “stand down and stand by” remark following the debate. The president clarified his remarks during an appearance on Fox News channel last week.

Whitmer, a Democrat, has enacted strict lockdown measures during the coronavirus pandemic. Local Democrats have praised the measures as a necessary step to protect state residents, while critics, including Trump, have argued her plan was too restrictive and infringed on individual freedoms and the state economy.

The Michigan governor said she has made “tough choices to keep our state safe” and expressed sympathy for losses suffered by local residents and businesses.

“These have been gut-wrenching decisions no governor has ever had to make. And I get it – life has been hard for us all,” Whitmer said.