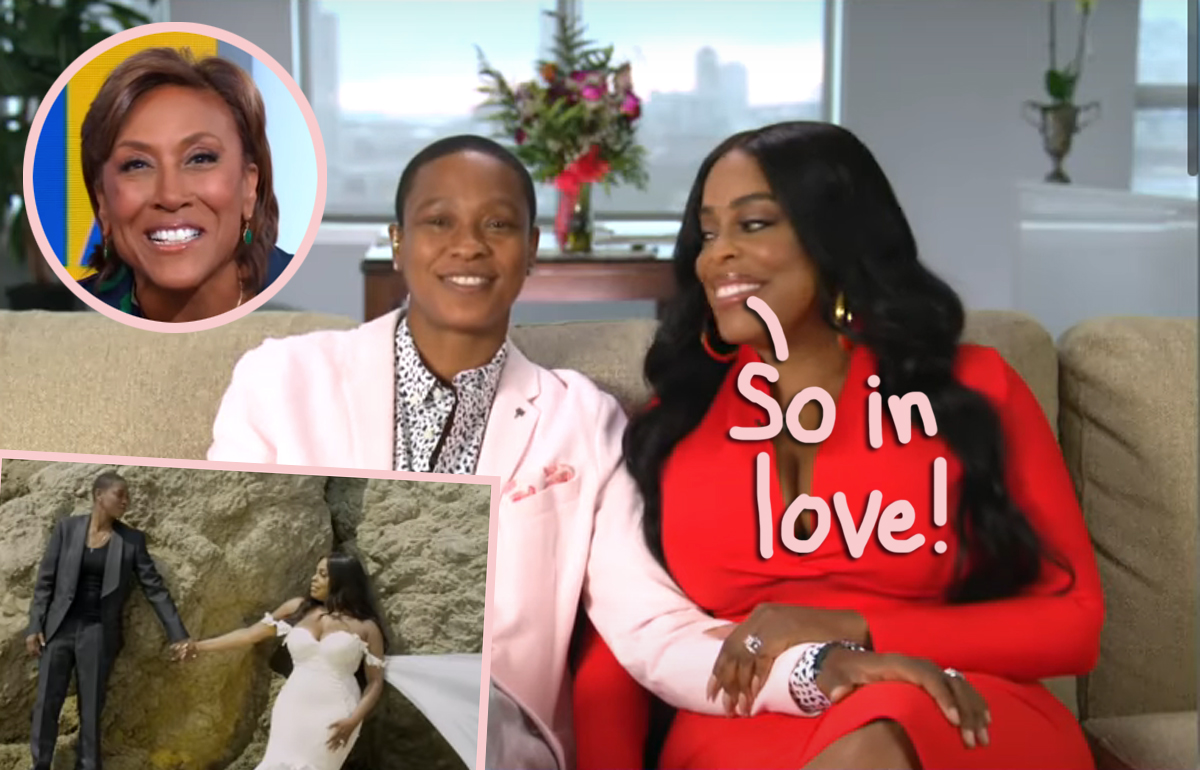 Get ready, America because Niecy Nash and Jessica Betts have the feel-good love story we all need to enjoy during an otherwise crazy and tough year!

On Wednesday, the popular newlyweds sat down with Good Morning America anchor Robin Roberts to discuss their newsworthy march to the altar. Of course, Nash — who has been married twice before, both times to men — only just finalized her divorce from Jay Tucker back in March. But when you know, you know, and these two really found each other at the perfect time for a surprise late August wedding, even if it surprised the world around them!

Speaking virtually via video chat, Nash first opened up about her “coming out” upon falling in love with Betts — and she doubled down on something she’s said previously about why she actually doesn’t see her love story in that way!

The talented comedian and actress said:

“I was asked, ‘Is this your official coming out?’ and I was like, ‘Coming out from where?’ I wasn’t anywhere to come out of. I never lived a sexually repressed life. I just love who I love when I love them. [This marriage] has nothing to do with gender. It has everything to do with being an amazing person and she is the most beautiful soul I have ever met in my life.”

Awww! That’s so sweet! And exactly the way it should be!

Of course, there is a history here; the pair first met nearly five years ago and quickly became friends after the now-50-year-old Nash fell in love with Betts’ music. But even with that connection, it took a while for the spark to ignite — until Betts appeared on Nash’s TV series Claws two years ago.

Recalling the moment which led the two to the altar years later, Betts remembered it as the beginning of her happily ever after, telling GMA:

“I knew there was something the moment I met Niecy. But when I fell in love with her [in 2018] is when I desired no one else. Then I knew.”

Ch-ch-check out these newlyweds and their life together now after marriage in Roberts’ full interview clip (below):

Oh, and if that wasn’t fun enough, Betts also used the GMA appearance to drop a new music video for her single Catch Me, with beloved wife Nash as the video’s main focus!

Related: Pink Gets Candid About Her ‘Wonderful’ And ‘Terrifying’ Marriage To Carey Hart!

Set on a sunny California beach between rocky outcroppings and crashing waves, it’s a visually stunning project with the actress front and center — and in a gorgeous wedding dress, no less!

Ch-ch-check out the music video (below):

We’re pretty sure the Clean House alum loved it! When asked by Robin about the song and lyrics behind that new music video, Niecy didn’t hesitate to gush:

“What [the song’s lyrics] said to me was that ‘This is what I’m looking for! That is the missing ingredient!’ I absolutely fully want someone to see me, and that is when I knew I was fully in love, when I felt fully seen and fully accepted – probably for the first time in my life.”

Awww! Be still, our beating hearts… What a fun, fresh, wonderful love story! We wish these two SO much happiness in the future! Here’s to forever!