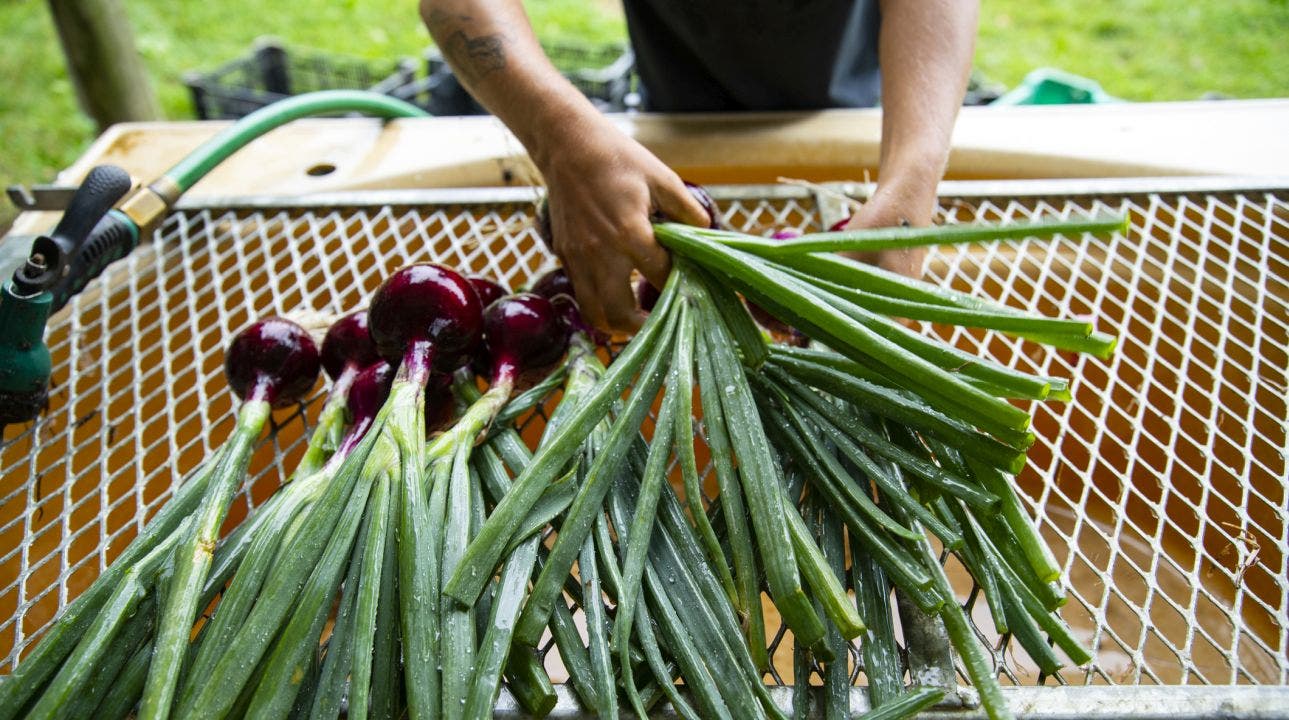 A farmer from Oregon has shocked TikTok users with facts on how North American agriculture works.

Shay Myers, the CEO of Owyhee Produce and Buck Naked Onions, has been sharing TikTok videos since October of last year, which have attracted more than 190,200 followers on the popular social media app.

“Many people don’t realize where or how their food is grown. They also seldom look deeper into what it takes to keep them from going hungry,” Myers told Fox News regarding the success of his TikTok account. “That is a testament to the skill and effort of American Farmers.”

For example, in a recent question-and-answer video posted this week, Myers explained to one of his followers why onions are stored months at a time.

“Why do we store onions? Why do we put them in storage? Why are fruits and vegetables put in storage in the United States?” He kicked off his video while a machine can be seen running onions into a warehouse.

“Well, we live in North America guys, we’re not close to the equator. We have to store our fruits and vegetables so that we have them later. They aren’t always a year old,” Myers explained. “Right now when you go to the grocery store and you buy an onion, and right now by the first of October I mean, your onions are coming straight out of the field.”

From November through mid-April, suppliers pull onions from storage so U.S. consumers can have onions all year round, he added.

“Otherwise everything would have to come from South America,” Myers explained in his video, which has been viewed more than 2.8 million times as of Thursday.

“Omg I have literally never thought about these logistics,” one TikTok user commented under Myers’ video.

“Thank you for teaching me this. I go to American school so we don’t learn anything useful,” another user quipped.

“So you’re telling me they get stored for months at a time but my two onions go bad after a few days in the fridge,” a user added in disbelief. Though, other TikTok users were quick to correct them that onions shouldn’t be stored in a fridge, a fact that also been shared on Healthline.

“Like [potatoes] you are supposed to store them in cool (not cold) dark places with low moisture if you want them to last longer,” a user responded. “[A] storage building like this usually have systems that keep the produce in a very controlled environment.”