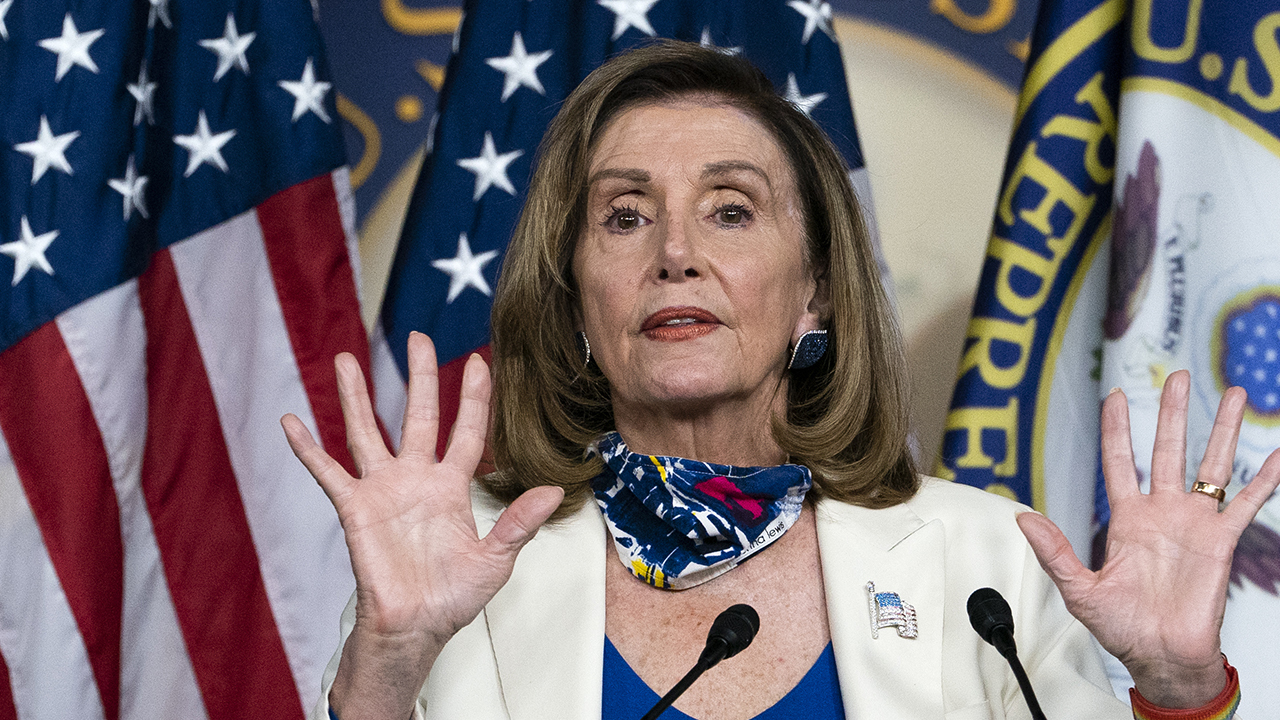 House Speaker Nancy Pelosi made a dramatic announcement during her weekly press conference Thursday by telling reporters that she intends to discuss a constitutional measure to remove President Trump from office, following questions regarding Trump’s health as he recovers from coronavirus.

The 25th Amendment allows for the vice president to become acting president if is determined that the president “is unable to discharge the powers and duties of his office.”

PELOSI NOT CONSIDERING ANOTHER TRUMP IMPEACHMENT: ‘I DON’T THINK HE’S WORTH THE TROUBLE AT THIS POINT’

“Tomorrow, by the way, tomorrow, come here tomorrow,” Pelosi said. “We’re going to be talking about the 25th Amendment.”

Pelosi had earlier questioned the status of Trump’s health, as well as exactly how long he has had COVID-19.

“I think that the public needs to know the health condition of the President,” Pelosi said. “There’s one question that he refused to answer … when was his last negative test?” Pelosi said that this information is necessary in order to “make a judgment about the actions that were taken after that.”

“Let us see a date, a time when you last tested negative,” she added.

The 25th Amendment requires a declaration of the president’s inability from the vice president and either a majority of either the heads of executive branch departments “or of such other body as Congress may by law provide,” to be sent to the speaker of the House–in this case, Pelosi–and the president pro tempore of the Senate–currently Sen. Chuck Grassley, R-Iowa.

While the amendment allows for Congress to pass a law that would create a body to sign off on such a declaration, Pelosi would have to convince Senate Republicans to go along with it. Plus, Vice President Mike Pence would also have to sign the declaration as well, which would be highly unlikely.

Trump said during a Fox Business interview Thursday morning that he is “feeling good,” and does not believe he is “contagious at all.”

During a recent interview on ABC News’ “This Week,” Pelosi was discussing Trump’s nomination of a new Supreme Court justice to replace the late Justice  Ruth Bader Ginsburg. Pelosi gave a cryptic response when asked whether she and House Democrats would move to impeach the president or Attorney General Bill Barr in an effort to prevent the Senate from acting on the nomination.

“We have our options. We have arrows in our quiver that I’m not about to discuss right now, but the fact is we have a big challenge in our country,” Pelosi said.

Since then, she appeared to rule out impeachment, telling reporters, “I don’t think he’s worth the trouble at this point.”