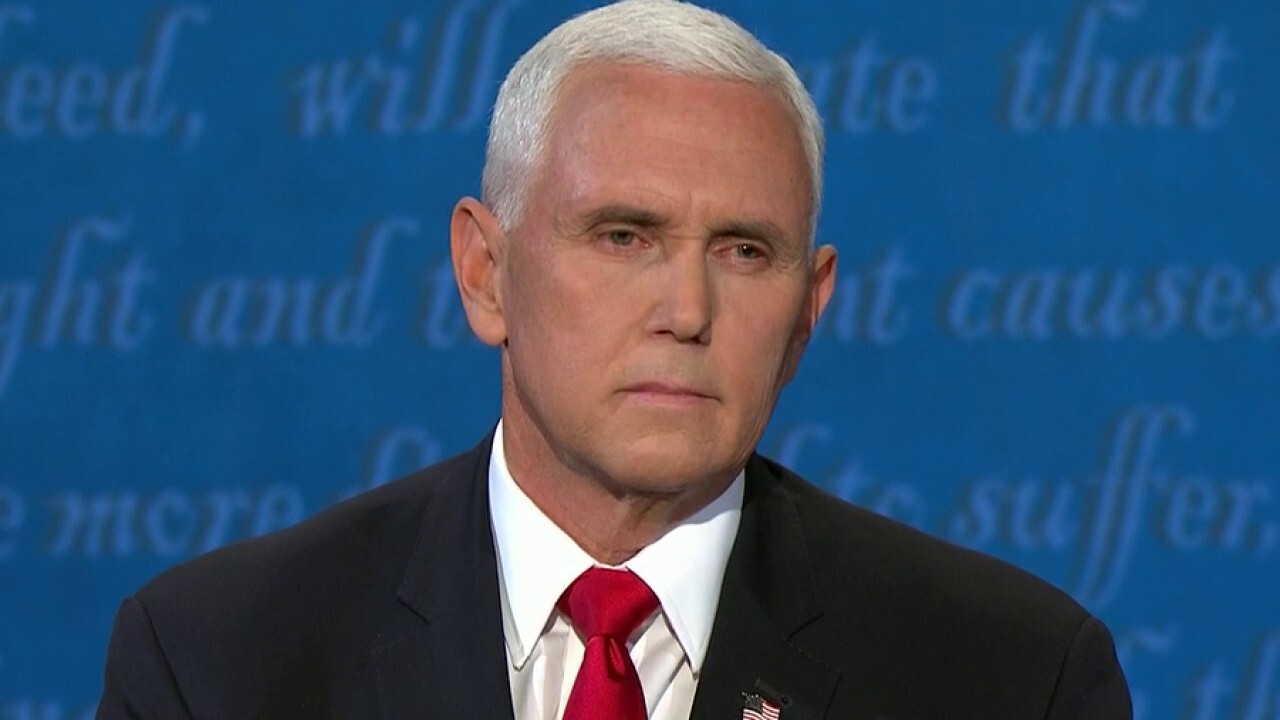 Vice President Mike Pence slammed Democratic nominee Joe Biden for being a “cheerleader for Communist China,” while saying the Trump administration, which watns to “improve” relations with Beijing, will “hold China accountable” for the novel coronavirus.

During the vice presidential debate Wednesday night, Pence said China is “to blame” for the coronavirus, and said that “President Trump is not happy about it.”

“China and the World Health Organization did not play straight with the American people,” Pence said. “They did not let our personnel into China…until the middle of February.”

Pence added: “But China has been taking advantage of the United States for decades, in the wake of Biden cheerleading for China.”

“President Trump has stood up to China,” Pence said. “We want to improve the relationship, but we’re going to hold China accountable for what they did to Americans with the coronavirus.”

Meanwhile, Sen. Kamala Harris, D-Calif., slammed the Trump administration over the trade war with China, claiming that the U.S. lost jobs in the midst of it.

But Pence fired back.

Pence said that the president, early in the administration, said the U.S. “needed a magic wand” to bring lost manufacturing jobs back to the U.S. from China.

“In our first three years, this administration saw 500,000 manufacturing jobs created, and that’s the type of growth we’re going to see,” Pence said.