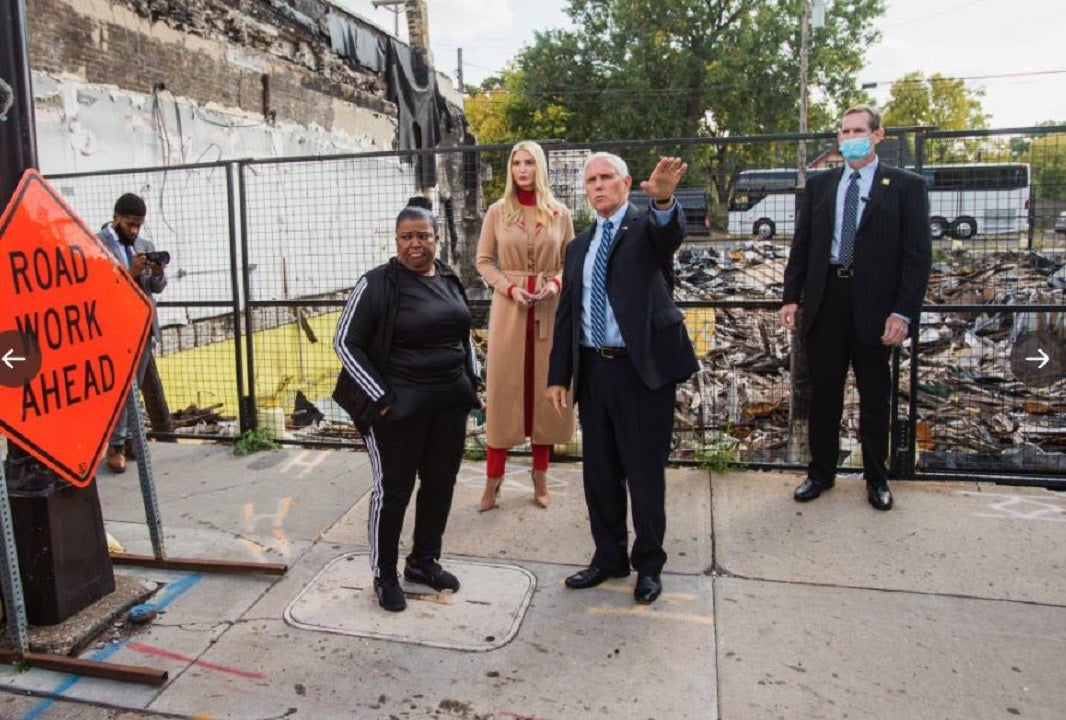 The owner of a Minneapolis hair salon shop that was destroyed amind unrest days after the death of George Floyd will attend Wednesday night’s debate as the guest of Vice President Mike Pence, Fox News has learned.

Pence and Sen. Kamala Harris, D-Calif., will take the stage for their one and only debate at the University of Utah’s Kingsbury Hall in Salt Lake City.

Flora Westbrook, the owner of Flora’s Hair Design, previously met with Pence and Ivanka Trump last month during their trip to promote President Trump’s law-and-order message and job creation in Minnesota. Her shop was destroyed May 29 despite the phrase “Black owned” being spraypainted on the exterior.

In a video tweeted Wednesday by Pence, he is shown meeting with Westbrook outside where the shop once stood.

“And you told me that someone had spraypainted…” Pence said.

“But the rioters burned your business and looted,” Pence said.

Some of the peaceful demonstrations devolved into riots and chaos in the days after the May 25 police-involved killing of George Floyd that sparked a global uprising against police brutality and racial injustice. Businesses and public property were destroyed during some of the chaotic gatherings.

“Met Flora at her 35-year-old small business, Flora’s Hair Design, an American dream that was burnt to the ground,” Ivanka Trump wrote in an Instagram post describing her visit to the salon. “We are with you and the people of Minneapolis. God Bless.”

In a June interview with Bizwomen, Westbrook said the salon was “her life.”

“If they only knew my story, they wouldn’t have done what they did,” Westbrook told the outlet. ” … They don’t know the things I endured, the things I went through to try and keep my business. It wasn’t easy for a black-owned business to stay there that many years, and to survive.”

In the video posted by Pence, he noted that her family in Arizona told her to move out of Minnesota.