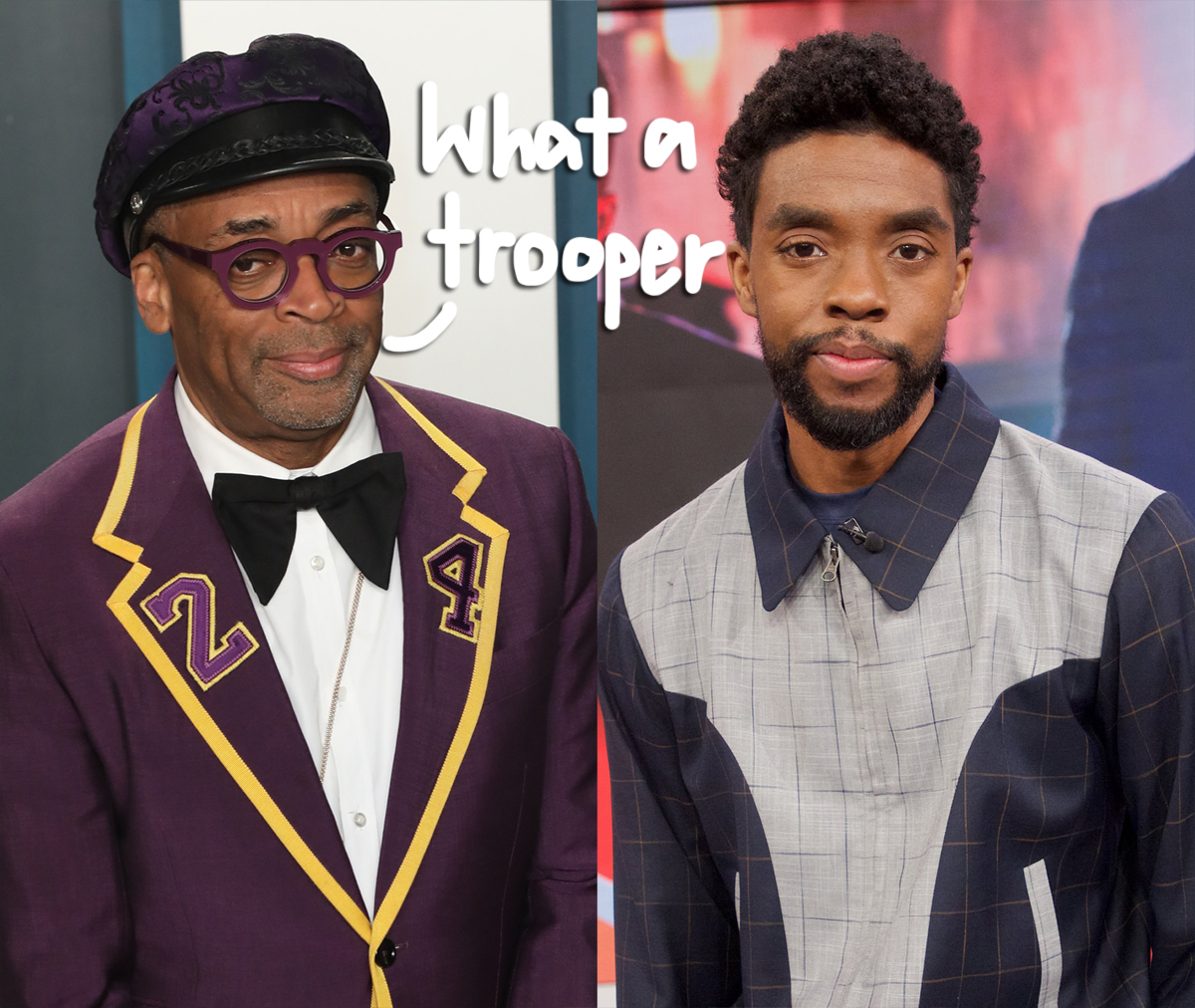 Chadwick Boseman was a soldier until the very end.

In a new cover interview for the New York issue of Variety, director Spike Lee reflected on his time working with the late Black Panther star on his film Da 5 Bloods, confirming that he really didn’t know the actor was battling cancer before his death in August at 43 years old.

He said of his time shooting the Netflix film with Boseman:

“I didn’t know Chad was sick. He did not look well, but my mind never took that he had cancer. It was a very strenuous shoot. I mean, we all didn’t get to Vietnam until the end of the movie at Ho Chi Minh City. But that other stuff, the jungle stuff, was shot in Thailand. It was 100 degrees every day. It was also at that time the worst air pollution in the world.”

In other words, it would make a lot of us look sickly — however, also probably not a great environment for someone battling cancer.

Related: Chadwick Was ‘Ready To Go’ In Final Conversation With Brother

But, as the famed filmmaker explained, Chadwick likely kept him — and the entire production — in the dark about his health status because the actor didn’t want to be treated differently while shooting the flick.

“I understand why Chadwick didn’t tell me, because he didn’t want me to take it easy. If I had known, I wouldn’t have made him do the stuff. And I respect him for that.”

The mark of a true artist.

After working with Lee, Boseman went on to star in Ma Rainey’s Black Bottom. However, a role the star figured might be his last, according to Lee. He explained:

“This is conjecture: There’s a possibility he thought this might be his last film. And God gave him one more with Ma Rainey’s Black Bottom. But now looking at that, he was playing it. [Boseman’s character] Stormin’ Norman says, ‘If I have to go out, I’m going gangbusters.’ And that’s what he did.”

The Oscar winner remembered the moment he learned of Boseman’s death, explaining it wasn’t until the day after the news broke that he found out about it.

“I went to open my phone, and my phone — the whole thing had been blowing up. I turned it off. I was in shock.”

Now, Lee’s just as shocked to re-watch Da 5 Bloods; particularly one scene where he insists that God — yes, God — makes a cameo alongside Boseman.

“Delroy [Lindo]’s talking to the camera, talking about his conversation with God. We go up, and we come down and we find this heavenly light. It’s Chadwick standing in that light, in that pose. That was God up there. I don’t care what nobody says. That was God’s heavenly light, because that scene’s not lit. That’s natural light. And that was God sending heavenly light on Chadwick.”

Jokes aside, it sounds like Chadwick left quite the impression on just about everyone he worked with — let alone the millions of fans whose lives were changed by his work.