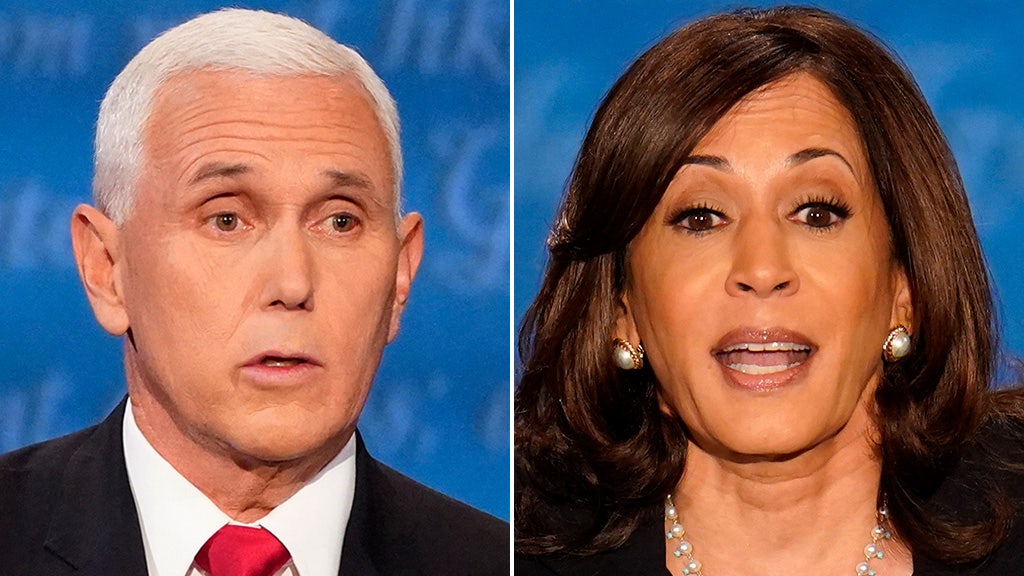 Vice President Mike Pence brought up the plagiarism scandals that embroiled Joe Biden decades ago when arguing that the Democratic nominee’s coronavirus plan looks a lot like President Trump’s.

“When you read the Biden plan it reads a lot like what Trump and I have been doing every step of the way,” Pence told Sen. Kamala Harris, noting advanced testing and building up personal protective equipment. “It looks a little bit like plagiarism, something Joe Biden knows a little bit about.”

Biden released a coronavirus plan in March and a plan for reopening in April. Earlier Wednesday Biden again reversed course on a national mask mandate, saying he would institute such a mandate as president on Twitter. He also said he would ensure access to free testing and accelerate vaccine developments.

The former vice president has been consistent that if elected his preference is that governors impose mask mandates on their own. But he has vacillated back-and-forth on whether or not he could or would mandate masks nationally if governors were resistant to doing that.

Biden said: “We have to make sure we lay out to the American people the truth, tell them the truth. And I would make sure that I would call every governor in the country into the White House, say, ‘you should be putting mandates out.’ And if they don’t, I call the mayors in the towns and their cities and I say ‘put out mandates, you can save lives.’ And we should be providing for the PPE.”

Days before, asked if he’d use an executive order to enforce the wearing of masks if some governors refuse his request, Biden said, “The question is whether I have the legal authority as president to sign an executive order. We think we do, but can’t guarantee you that yet.”

While running for president in 1987, during an event at the Iowa State Fair, Biden lifted entire portions of a speech from a British politician–Neil Kinnock–who challenged Margaret Thatcher.

The New York Times uncovered the fiasco. Biden “lifted Mr. Kinnock’s closing speech with phrases, gestures and lyrical Welsh syntax intact for his own closing speech at a debate at the Iowa State Fair on Aug. 23 – without crediting Mr. Kinnock,” according to the Times.

HOW MANY TIMES JOE BIDEN RUN FOR PRESIDENT?

In Kinnock’s address, he began by saying he was the first “in a thousand generations” from his family to go to college, before gesturing to his wife and saying the same about her. Biden opened exactly the same way, before later admitting he had family members who had attended college before him.

Biden’s staffers were defensive against allegations of plagiarism, but the candidate dropped out of the race by the end of that month.

That same year, Biden acknowledged plagiarizing a law review journal for a paper during law school at Syracuse.

A law school faculty report from 1965 concluded Biden had “used five pages from a published law review article without quotation or attribution” for a 15-page paper.

He asked school administrators not to be expelled, saying he made a mistake in the citation process.

“My intent was not to deceive anyone,” Biden wrote at the time. ”For if it were, I would not have been so blatant,” according to the Times.

To assert his sincerity, Biden released a 65-page file containing records of his years at Syracuse. It contained records of relatively poor grades, mixed evaluations from teachers and details of the plagiarism.