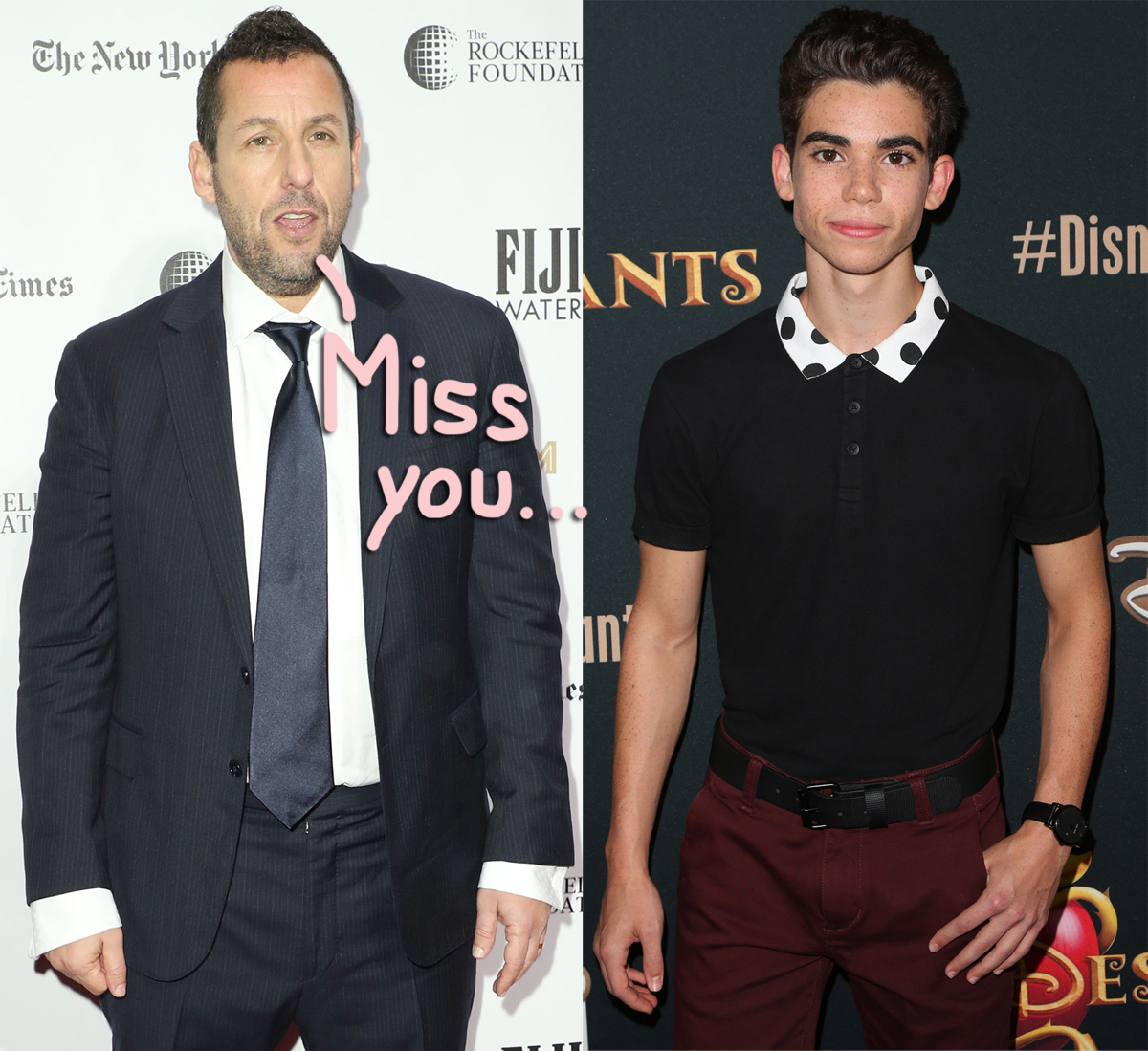 Adam Sandler is showing the world just how much he loved former co-star Cameron Boyce.

The Billy Madison comedy legend has a new film out on Netflix right now, Hubie Halloween, and he made sure to take a moment at the end of the work to pay tribute to Boyce, who died in July 2019 after suffering an epileptic seizure. Of course, Sandler and Boyce worked closely on the popular Grown Ups franchise, and so it’s the perfect touch for the hockey-loving comedian to come up big here.

Related: Skai Jackson Was Incredible On ‘DWTS’ While Honoring Boyce, Too!

Fans are happening upon the tribute, which comes at the very end of the flick. Boyce, who was just 20 years old at the time of his death, is remembered in the memorial as being “gone way too soon” and is still “truly missed every day.”

As you can see (below), it’s quite the tear-jerking tribute to a very talented kid who was, by all accounts, an even better person away from the cameras:

The ending of Hubie Halloween just made me cry, what a great tribute to Cameron Boyce. ❤️ pic.twitter.com/rN3Aqb00BK

It’s hard to believe it’s been nearly a year and a half since Boyce’s sudden, unexpected death. And while the world continues to turn, it’s nice to know those who knew the talented young actor are still honoring his memory and recalling his talent and personality.

It’s got us in tears… but we love it. So touching and special!