Astros back in the ALCS months removed from cheating-scandal fallout

Astros back in the ALCS months removed from cheating-scandal fallout 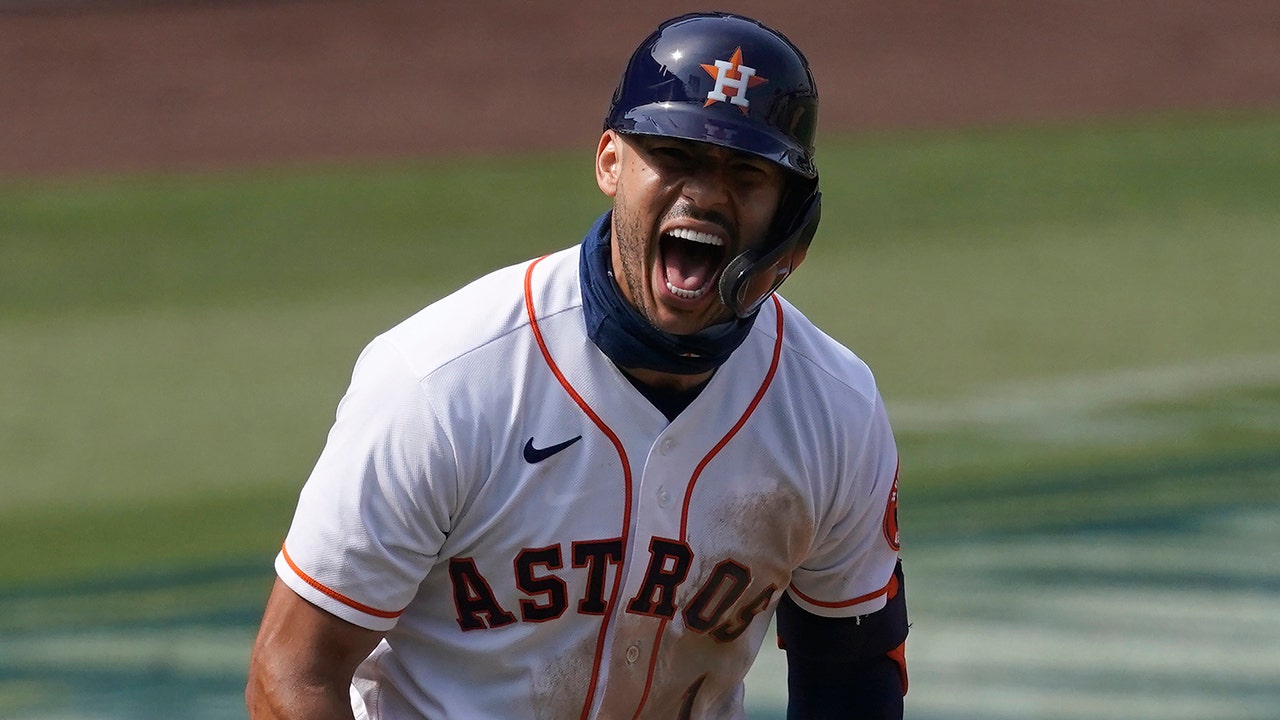 Cheating scandal be damned, the Houston Astros are back in the American League Championship Series.

It has been a long year for the Astros after starting off with players getting hit by pitches in spring training in retaliation for their cheating scandal, which occurred in 2017. Their season was then put on pause because of the coronavirus and during the shortened season they somehow made the playoffs.

With an 11-6 victory over the Oakland Athletics, the Astros will play the winner of the New York Yankees and Tampa Bay Rays in the ALCS, which begins Sunday.

On Thursday, the Astros got two home runs from Michael Brantley and one home run from Jose Altuve and Carlos Correa in the game. It was more than enough to get past Oakland. Correa had five RBIs in total.

Correa, who has adamantly defended the Astros from all of the retractors said that the noise from the cheating scandal didn’t motivate them.

INDIANS’ TERRY FRANCONA OPENS UP ON HEALTH ISSUES: ‘IT WAS GETTING A LITTLE HAIRY THERE’

“We never gave up because we had a down year offensively. We kept going to the cage. That helped us in this series,” he said.

Houston was found to have been using a camera in center field at Minute Maid Park and using a trash can as a signal to tip batters off on when a breaking ball was coming during the 2017 season in which they won the World Series.

Former general manager Jeff Luhnow, former manager A.J. Bench and former bench coach Alex Cora were all disciplined in the issue with Luhnow and Hinch getting suspended for a year while Cora lost his job with the Boston Red Sox. Carlos Beltran, who was the only player on the roster implicated, resigned from his New York Mets managerial gig without ever seeing a game.