Australian surfer missing, believed to be victim of shark attack

Australian surfer missing, believed to be victim of shark attack 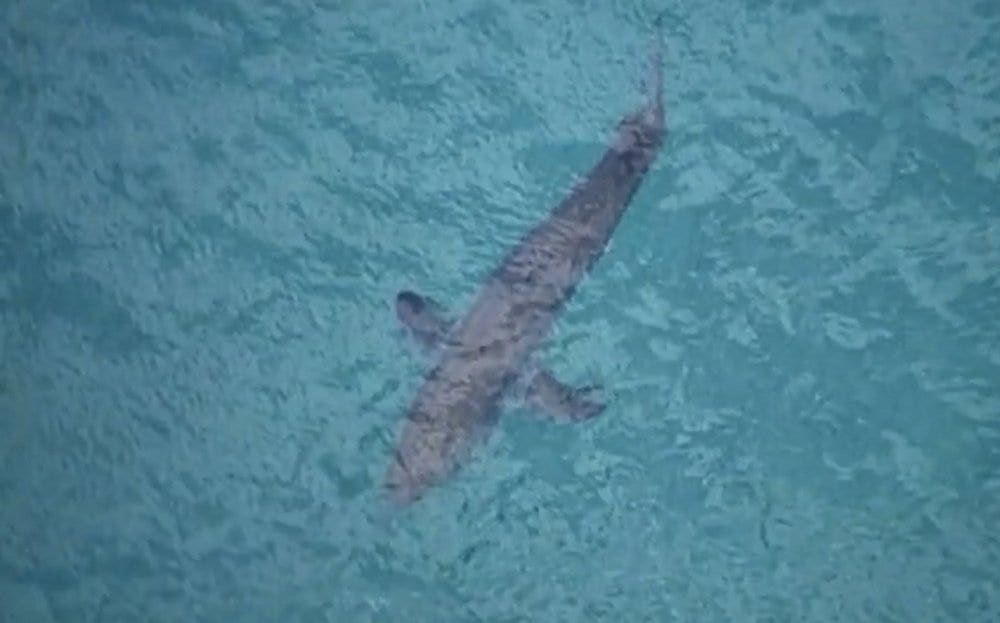 A surfer disappeared after a suspected shark attack off Australia’s southwest coast.

The Australian surfer’s board was found near the town of Esperance, prompting a search. A shark attack was reported at Kelp Beds Beach late Friday morning, leading police to suspect the two events might be related.

The name of the missing surfer has not been released pending notification of his family, but Senior Sgt. Tarasinki said the man was a “prominent” local, and well known in the area.

“A witness called to say they saw a shark attack a person,” ambulance service spokeswoman Joanne Hill said. “We went to the scene. I understand they still haven’t found anybody.”

The search was called off late on Friday, but police planned to resume the search at first light Saturday, ABC Australia reported.

“The chances of survival are obviously pretty slim considering some of the accounts that have been provided to us,” Tarasinki said.

Western Australia Premier Mark McGowan said the missing man was in the water with other surfers – as many as six to eight – and others were on the beach at the time of the attack.

Australia had a number of shark attacks this year, with six fatalities by September, VOA News reported. In 2019, there were no reported deaths, while a single fatality was recorded in both 2017 and 2018.

Pro-surfer Matt Wilkinson had a close encounter with a great white shark off Ballina off Australia’s east coast Wednesday. A drone video showed the shark inches from Wilkinson’s feet as he paddled his board before it suddenly darted away.