Kendall & Kylie Jenner Throw Hands In Violent Altercation On KUWTK: ‘We Got In A Full Fight!’

Kendall & Kylie Jenner Throw Hands In Violent Altercation On KUWTK: ‘We Got In A Full Fight!’ 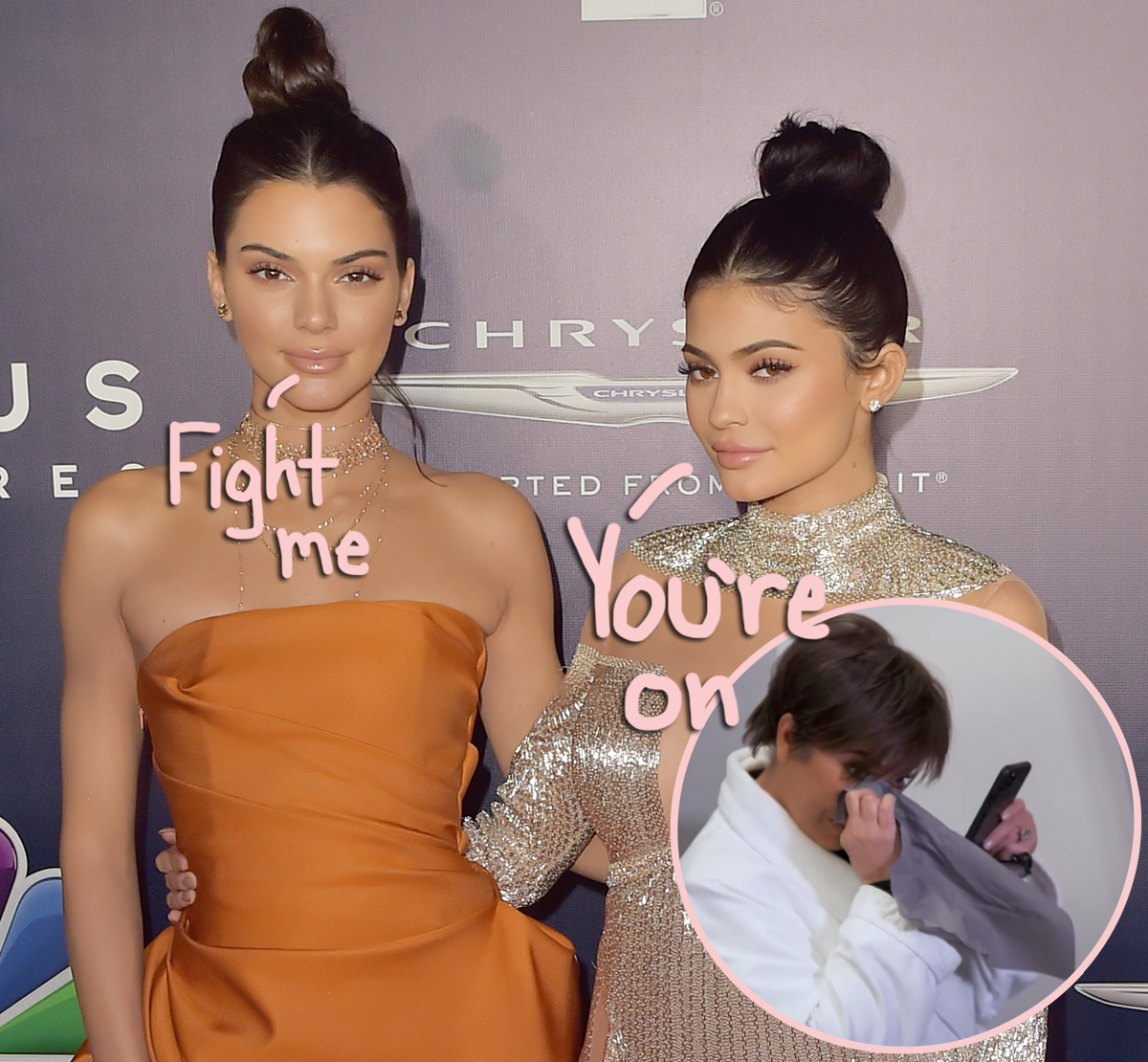 Even though the end is slowly getting closer for Keeping Up with the Kardashians, the iconic reality TV show ain’t goin’ down without a fight… like, literally! And several of them, at that!

On Thursday’s all-new episode of KUWTK, Kris Jenner must emotionally deal with the fallout from last season‘s wild altercation between Kim Kardashian West and Kourtney Kardashian. With that, a good deal of the early part of the show is dedicated to the momager’s careful handling of those two daughters and Khloé Kardashian in the aftermath of that unfortunate violence.

Related: This Juicy AF Season Of ‘KUWTK’ Is Only Just Beginning! Here Is What’s Coming…

But by the end of the hour, after a family trip to Palm Springs that went very wrong VERY quickly, there’s a new brawl to handle when Kylie Jenner and big sis Kendall Jenner throw hands!

It all started when the entire KarJenner girl group went out for a fun night in the desert town. The evening included dinner and a drag show, and the girls were in high spirits. Well, all except Kendall, who was annoyed all night after Kylie borrowed an outfit the model had been hoping to wear for the event. Welcome to sisterhood, girl!

Instead of letting things go, though, Kenny allowed the drama to fester. Soon thereafter, she became annoyed with “how everyone bows down” to makeup mogul Kylie whenever the family goes out. And her attitude only got worse…

Things came to a head at the end of the night when Kylie and Kendall hopped into a car alongside Kris’ beau Corey Gamble in order to head back to El Lay. The elder KarJenner gals and their momager hopped into another car, off to return to the Palm Springs house and continue the vacation a bit longer. But within minutes, Kris gets a call on her cell phone from Corey, and it’s clear something is REALLY wrong!

It’s not entirely clear what happened — cameras were in Kris’ car, and not Corey’s ride — but as Kendall told it later, she had asked the driver to drop her off at her own place in El Lay before taking Kylie back to the Calabasas area. Kylie shot back at that idea, and Corey backed Kylie up, which threw Kendall for a loop, especially after her frustrations from earlier in the evening.

One thing led to another, and Kendall recalled how the situation quickly got out of control (below):

“And then Corey, on everything, said, ‘F**k you’ [to me] and turned around. That’s when I started getting hysterical…[Kylie] like, smacked me or something, and so I came back at her and smacked her in the face. And then she took her heel and put it into my neck, so I started kicking her back. We got in a full fight.”

HOLY S**T!!! All these girls do is fight any more, it seems like! Guess they know how to grab headlines when they need ’em!

And a heel to the neck?! That’s, like, literally going for the jugular… where TF did Kylie learn to fight like that?? SCARY!!!

For her part, the makeup mogul recounted how “that s**t was crazy,” and added more in a confessional following the incident:

“I’m sure Kendall is saying many things to my family. We’re both very upset. I think there was a lot of miscommunication… Things just got very out of hand.”

Quickly afterward, you could tell the girls were a little embarrassed by the whole thing. Still, Kendall wasn’t ready to let it go by the end of the episode, doubling down on feeling “super disrespected” by both Corey and Kylie:

“I don’t think I would have thought either of them were capable of taking it to that level with me. I just didn’t ever see it needing to get to that point… I’m pretty offended and hurt by the situation. I feel super disrespected.”

As you might admit, the Jenner sisters’ throw down is a hot topic for next week’s new episode, too. Looking forward to seeing how these two beauties can resolve their differences! And wondering whether there might be any fallout for Corey here, too!!

What about U, Perezcious readers?? Were you ready for ANOTHER violent sister fight?? Sound OFF with your reaction to all this drama down in the comments (below)!!!