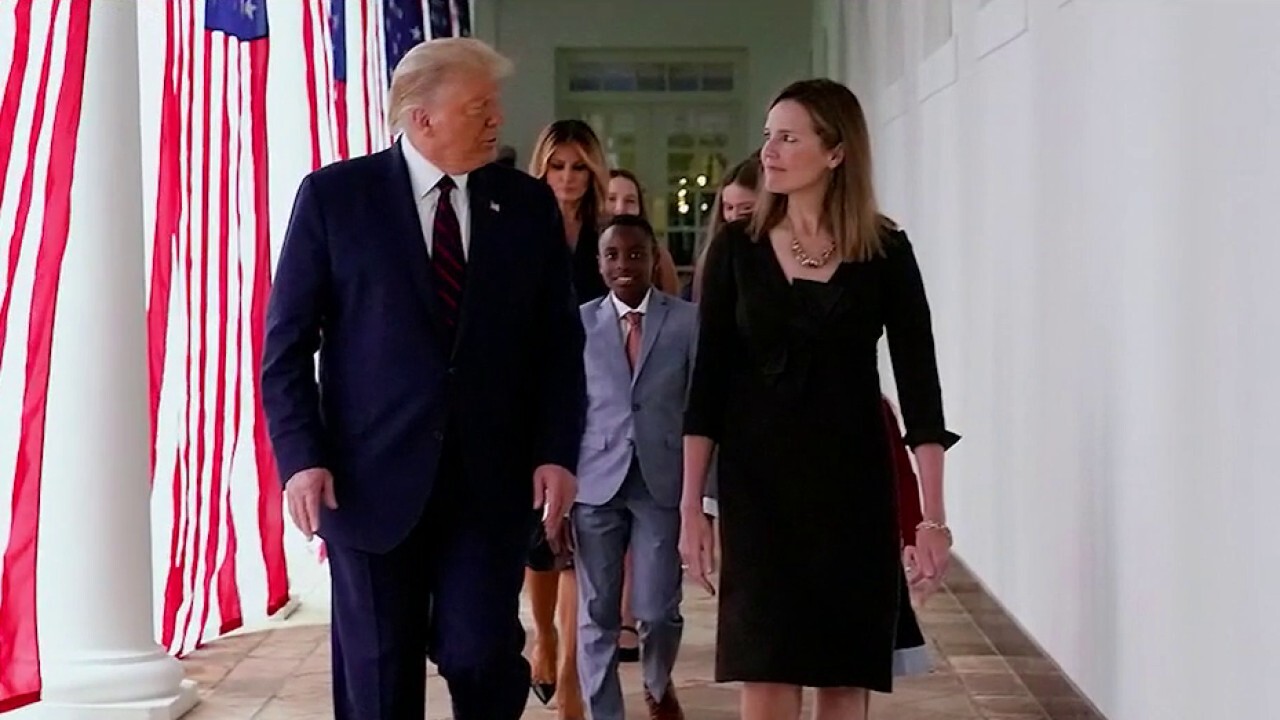 President Trump has said, “I think this [the election] will end up in the Supreme Court, and I think it’s very important that we have nine justices.”

He is correct. A tie vote in the Supreme Court reverts to the lower court decision, but what if two circuit courts rule differently on the same issue?

The United States has thirteen Circuit Courts and 50 state supreme courts.  When they rule differently on the same legal question, it creates what is called a “circuit split.”  But the United States Constitution should have a uniform meaning in every state supreme court and in every federal court of appeals.  That is particularly important because judges in many states are elected politicians, and thus can be swayed by political considerations.

Normally, where there exists the potential of a tie vote, the Supreme Court shelves a case until another Justice joins—but that cannot be an option here where election cases arising from Election Day frequently move at lightning speed.

Democratic presidential nominee Joe Biden has assembled a legal team of hundreds of lawyers, including two former Solicitor Generals and the former Obama Attorney General Eric Holder.  ‎Election Day results from many battleground states may not be known for weeks while ballots are counted, and allegations and court challenges will likely abound.

Republicans support the idea of “We the People” deciding the presidential election on Election Day. Democrats appear to be tacking in a different direction—they want “They the Lawyers and Political Elites” to play an outsized role in choosing the winner of this year’s Presidential election.

A functional and complete Supreme Court is necessary to serve as the final backstop to ensure that everyone who votes is treated the same equally and fairly and isn’t disenfranchised.

The president has said, “the ballots are a disaster.”  He is right.

Lawsuits, courts and bureaucratic finagling could readily convert Election Day into Election Month where the decisions of judges and election officials of all varieties ultimately decide the election.

Recently the Pennsylvania Supreme Court ruled in favor of the state Democrat Party to allow for mail in ballots to arrive three days after Election Day.  The Democratic Secretary of the State of Michigan said ‎we should not expect to learn the results of the presidential election on Election Day but more likely during Election Week. ‎

In Nevada’s June primary election, over 220,000 ballots were sent to the wrong addresses according to research conducted by a public interest organization. In Florida’s primary this year, Politico estimated that over 35,000 vote-by-mail ballots were ruled invalid. That is 1.5% of the vote.  Florida’s presidential margin of victory in 2016 was 1.2%, 2012 was .8%, 2008 was 1.8% and everyone remembers Bush v. Gore in 2000.

Biden maintains that the Senate should wait until after the election to fill the Supreme Court vacancy rather than rush.

Biden was a Senator in 1975 when it took only 19 days to confirm Justice John Paul Stevens after his nomination and in 1981 when Justice Sandra Day O’Connor was confirmed a little over a month after she was nominated.

Senate Democrats may argue they won’t have sufficient time to conduct their due diligence. Judge Amy Coney Barrett has already been vetted, approved and confirmed by the Senate.

To avoid a potential constitutional crisis, the Senate must confirm Barrett before Election Day.