McConnell: Pelosi talking about the 25th Amendment and Trump is ‘absurd’

McConnell: Pelosi talking about the 25th Amendment and Trump is ‘absurd’ 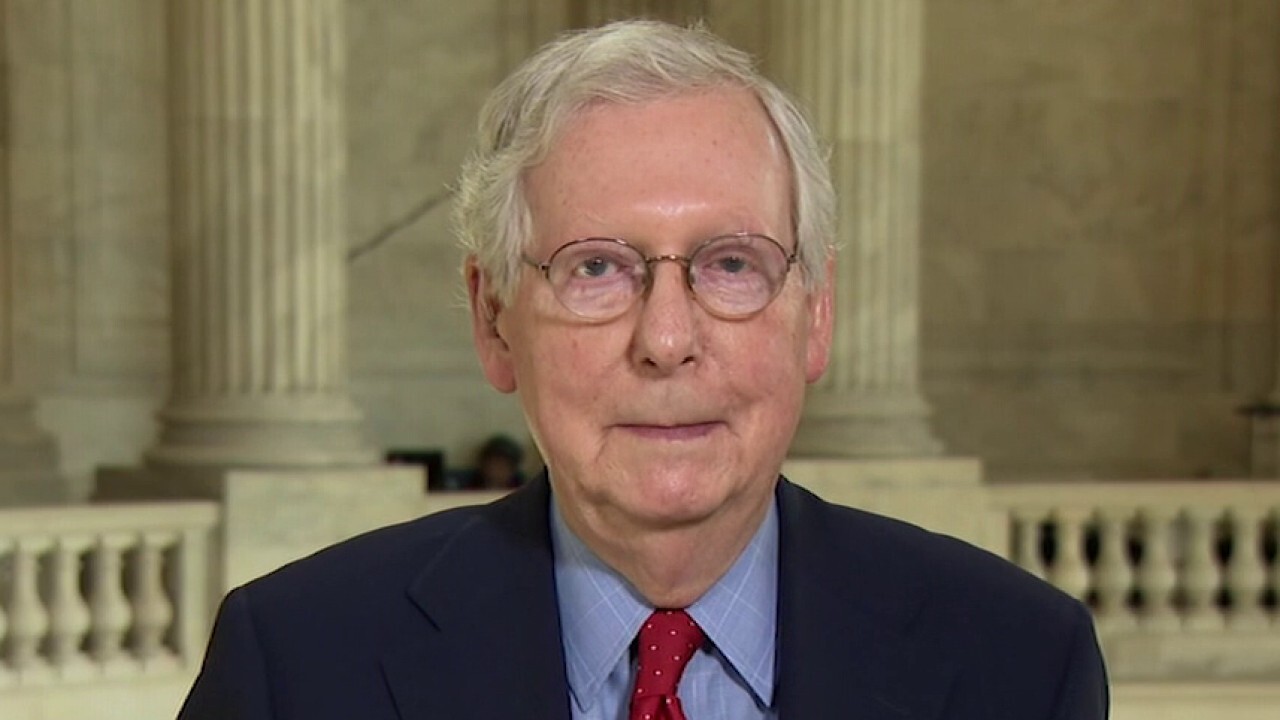 Senate Majority Leader Mitch McConnell said Friday that House Speaker Nancy Pelosi’s proposal to establish a commission to determine whether a president is capable of discharging his office is “absurd” and should not be taken seriously, just a few weeks ahead of a presidential election.

Pelosi, D-Calif., and Rep. Jamie Raskin, D-Md., on Friday held a news conference about their proposal, which would set up a “Commission on Presidential Capacity to Discharge the Powers and Duties of Office” under the 25th Amendment to the Constitution. McConnell, R-Ky., was asked about the proposal later Friday and appeared to insinuate that it is a political stunt with suspect timing.

“That’s absurd. Absolutely absurd,” McConnell said when asked about the Pelosi proposal. “Again, right here in his last three weeks before the election, I think those kinds of wild comments should be largely discounted.”

Pelosi, for her part, said Friday the commission proposal is not about Trump, who she said “will face the judgment of the voters,” and actually “refers to future presidents.”

Currently, under the 25th Amendment, a president may declare that he is handing over temporary acting president powers to the vice president for things like planned medical procedures. Presidents George W. Bush and Ronald Reagan both did this, in 2002 and 1985, respectively. The cabinet and vice president can also declare the president unfit, but if the president disputes that finding it would go to Congress to decide, requiring a two-thirds vote of both houses to discharge the president.

The commission Pelosi and Raskin aim to set up would need to be approved by the House and Senate and signed by the president — meaning it is highly unlikely to become law. It would function under Congress’ additional power under the 25th Amendment that it “by law provide” for a separate body that would adjudicate the fitness of the president for office. The commission’s findings could still be disputed by the president and also eventually require a two-thirds vote from both houses of Congress to remove the president.

The 25th Amendment has not always functioned perfectly. When Reagan was shot, he did not have the opportunity to cede presidential powers to Vice President George H.W. Bush before going into surgery, leading to confusion over who was in charge at the White House at the time.

“In times of chaos, we must hold fast to our Constitution,” Raskin said Friday. “The 25th amendment is all about the stability of the presidency and the continuity of the office.”

Pelosi and other Democrats have questioned Trump’s health following his coronavirus diagnosis. Pelosi said Thursday that “the public needs to know the condition of the president.”

Trump later responded: “Crazy Nancy is the one who should be under observation. They don’t call her Crazy for nothing!”